With things pretty set at the back end of the car I turned my attention back to the front and removing the pedal assembly.  The first thing I wanted to do was remove the brake fluid reservoir.  This turned out to be a bigger challenge than I’d expected.  I’d already drained most of the fluid so I set right into loosening bolts and undoing clamps.  After I had everything off that I could see it was evident that the reservoir was still attached somewhere because it wasn’t leaving the master cylinder.  The picture below shows why. 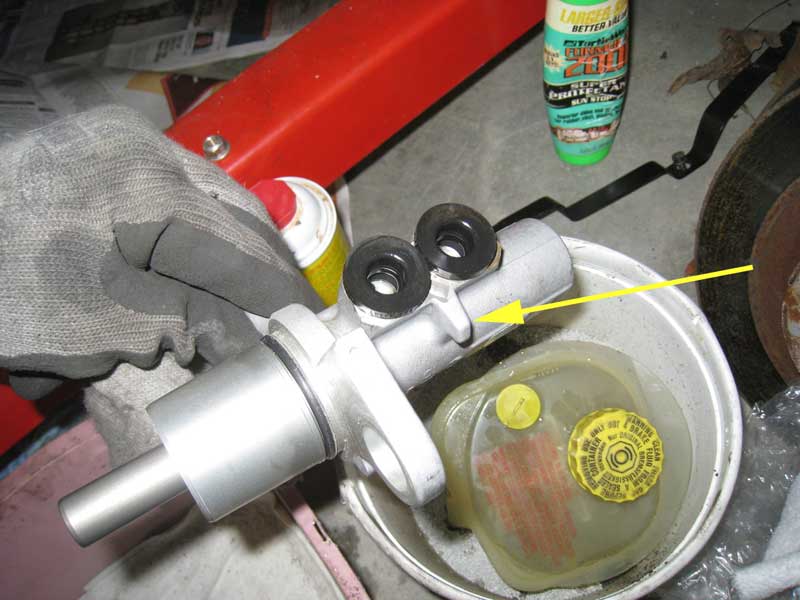 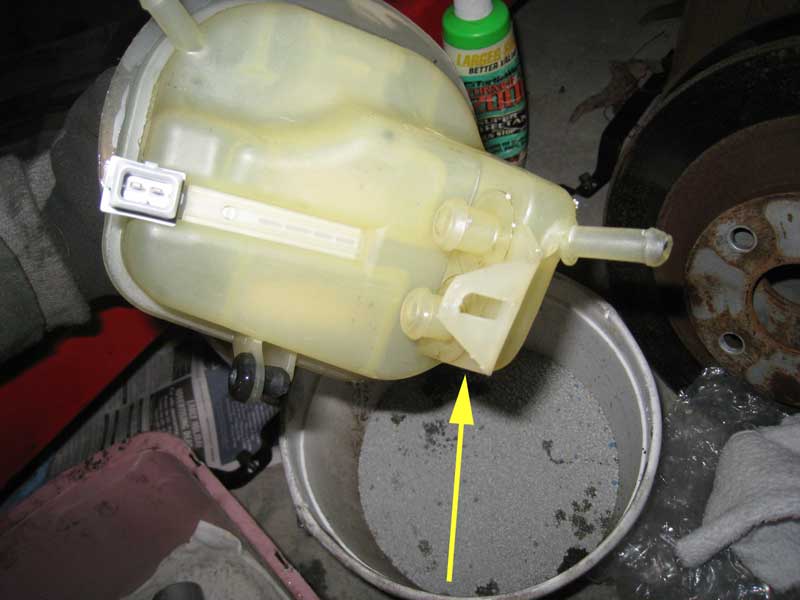 The master cylinder blocks direct access to this so separating the two is a challenge.  I found that I could put a short wrench, roughly a 13mm, underneath the master cylinder and between the plastic of the reservoir and the cylinder so that I could pry the clip open. [That probably sounds easy enough but it took me quite a while to finally figure it out.]

Next I moved onto removing the pedal assembly.  Having already dismantled most of the interior I thought this should go pretty quick, but again I was wrong.  The brake pedal attaches to the master cylinder via a mechanism that in a perfect world would be removed per the Bentley manual and use a special tool.  I did not have any such special tool but I did have a write-up from someone who had gone before doing this.  They described backing a bolt off a part, but at first look it wasn’t evident to me what bolt this was.  After spending sometime trying to figure the puzzle out I concluded it must be the two nuts that appeared to tighten up against one another just behind the brake pedal arm.  I was able to get a 16mm wrench on the smaller of the two, shown below.

And on the other I was able to get a small adjustable crescent wrench.  Afterward it occurred to me that perhaps a stubby combination wrench would have worked too.  The other nut is shown in the photo below still on the master cylinder rod. 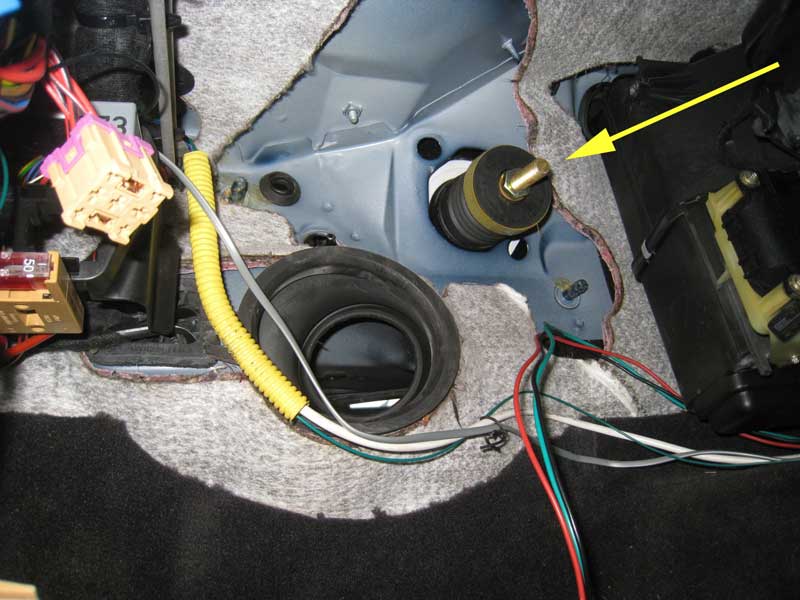 It did not take too much force to loosen the two, and then simply unscrewing the smaller (forward) nut freed the brake pedal arm from the cylinder.

Below are a few photos from the front end of the car. 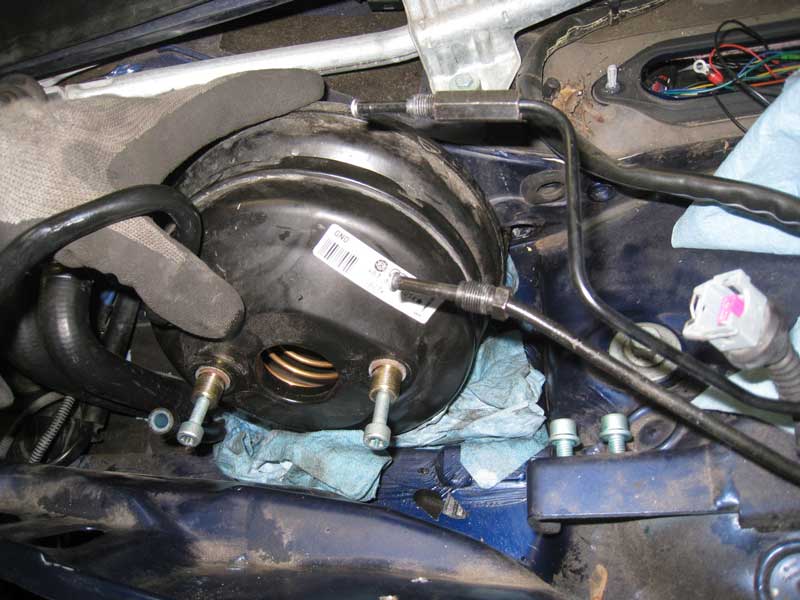 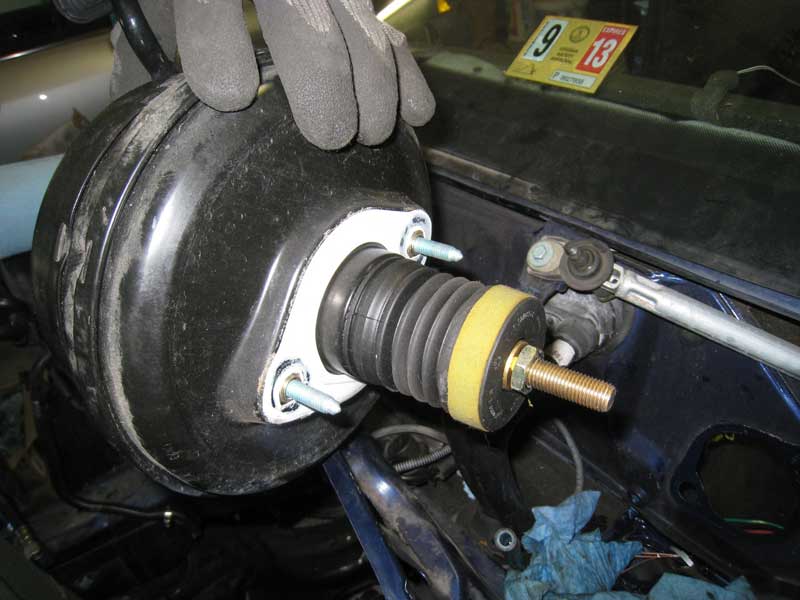 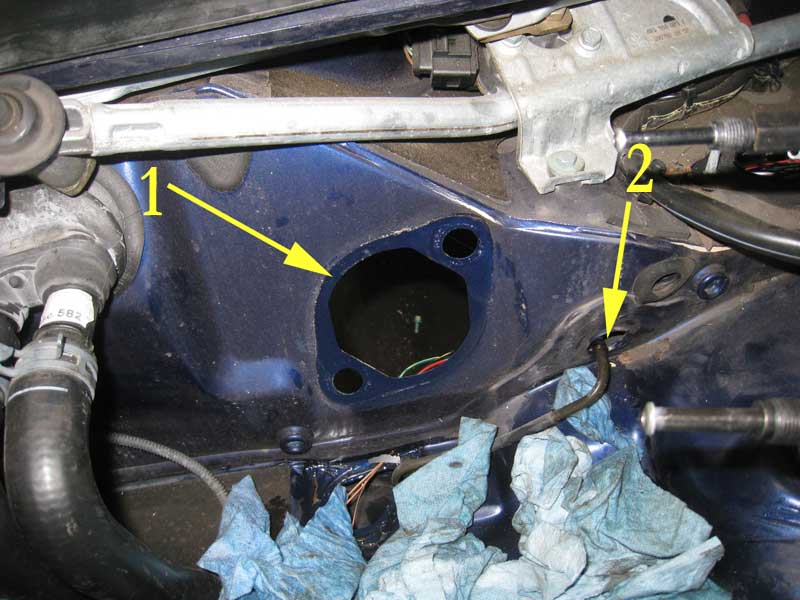