I also went and made a short log just to evaluate whereabouts the stock tune lands on the BW K03 compressor map.  There’s room to expand here: 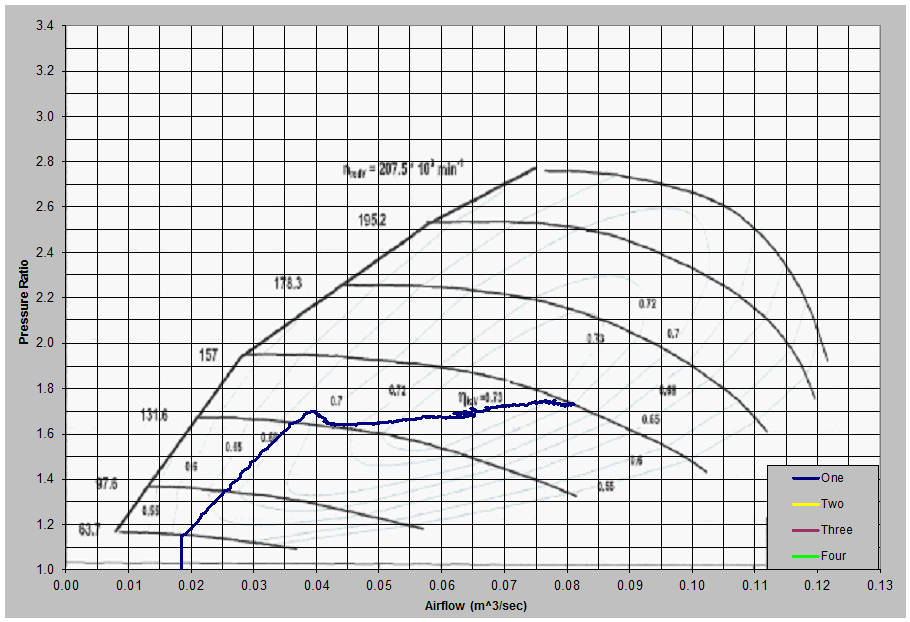 As expected the boost comes on quickly; for comparison a K04 size turbo would reach the 8-9 psi mark about 500 rpm later. 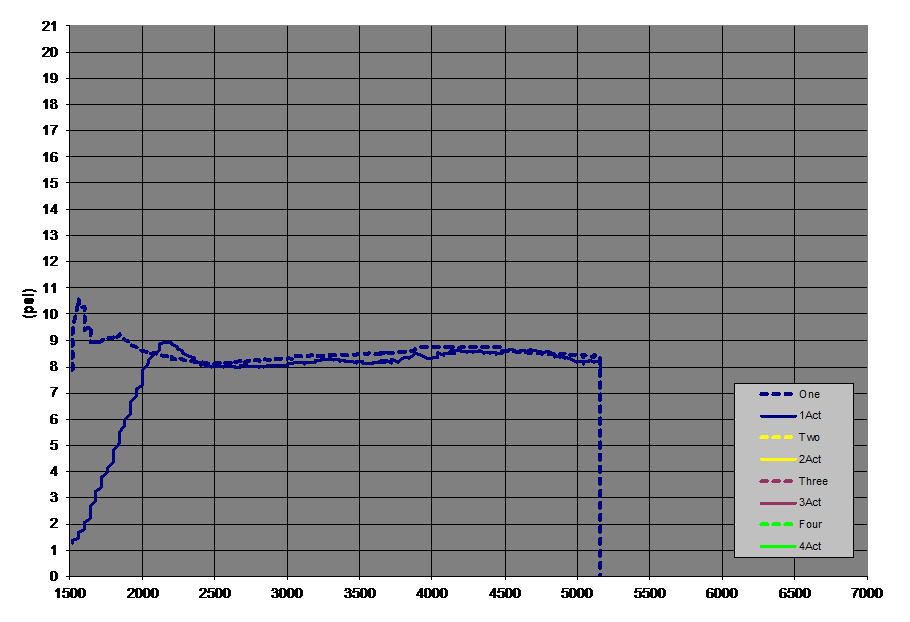 Finally, I was a little surprised at how flat the IAT’s were.  This is on stock boost levels, but I had spent a couple of minutes sitting at lights before making this log and normally with other turbo’s (larger and more boost), I’d be seeing a decent climb in the intake temps.  The takeaway here is that for how the car was built by Audi to be operated the stock IC’s look to do a fine job.

Lastly, my hope is to soon get this thing connected so I can test out the Eurodyne BoostManager Water/Methanol injection system. 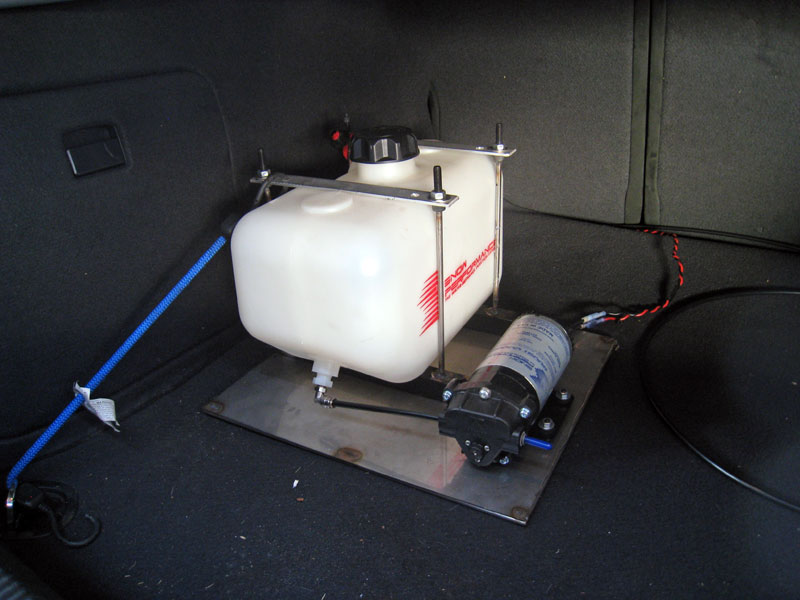 Dyno charts for F21 equipped cars are hard to come by but I did find one tuned by EPL that has some usefulness in comparing the F21 to K04’s.  The comparison is limited in the upper region due to the F21 car using K04 wastegates, but based upon the larger compressor size of the F21 and capacity to hold at least 25 psi out to red line I would expect a proper F21 setup to perform even better than the example below toward the top end – ie past 5000 rpm.

What is of most interest to me in this particular comparison case is the lower rpm region, below 4000 rpm.  I’ve seen boost logs of F21’s and noted that boost comes on more slowly than with the FT F4H-BT which was very similar to the K04, not surprising given the closer sizing of the compressor wheels in the F4H and K04.  I am a bit surprised at the torque differences shown by this F21 car and the K04 car.  I’ve seen other K04 dyno logs from EPL tuned cars as well as 034 tuned k04 cars and the torque curve is typical.  With only one F21 log to compare it’s good to be cautious in taking these results as representative, but assuming this is a fair comparison there is a decent shortfall in torque from the F21 as compared to the K04 in the sub-4000 rpm range.

This particular rpm region is significant when the car is driven in what I consider a conventional manner, that is one where high rpms aren’t being held often and downshifting in order to accelerate is not desired.  The torque advantage of the K04 will translate into a perception of greater response, though the F21 is no slouch, still there is around a 50 ft-lb difference at 2500 rpm which grows to a 75 ft-lb difference through approximately 3500 rpm.

These results while being quite interesting haven’t swayed me to eliminate one turbo or the other – they do highlight how much turbocharger selection can affect the end driving experience and the importance of establishing a priority of what criteria are to be met.