Sometimes  ‘upgrading’ to aftermarket parts creates unintended consequences.  In the process of removing and reinstalling the engine a couple of times I’ve found there are some aftermarket parts that are not conducive to an efficient pain free process.

Two items that are particularly noteworthy in this respect are shown below.

The Apikol transmission mounts use a very long bolt to secure them in place, this creates problems when trying to install the mounts. 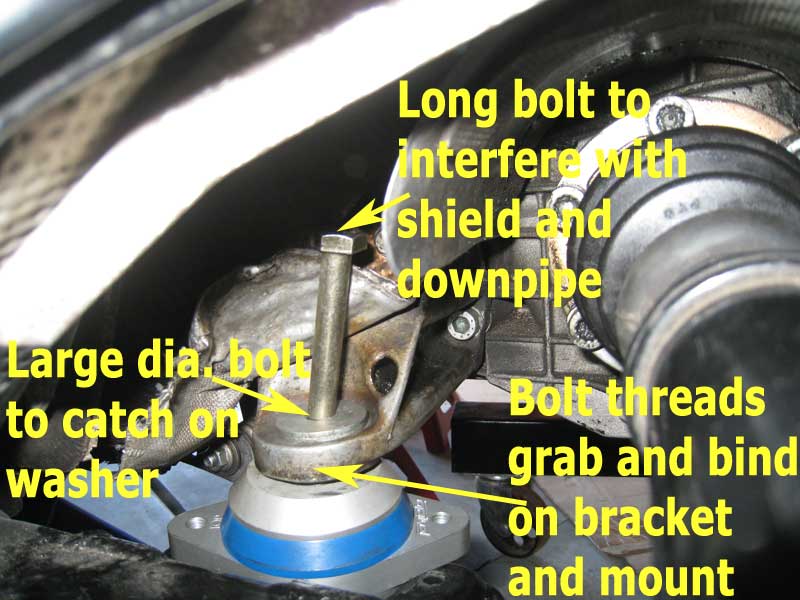 I’ve found that it can take as long to get these bolts into the mounts as it does to install the engine.  I’ve wrestled with these bolts for up to an hour each time during two engine installations.  The best method I have come up with is to bend  back the heat shield over the Apikol transmission mount, put the motor back in place so that the holes in the bracket and mount are aligned, raise the front of the engine with the hoist, and then put my floor jack under the car to raise the rear of the transmission.  If I lift the engine and transmission a couple of inches I then have enough clearance to wiggle the bolt through.

These Apikol transmission mounts have been sitting in a bag for a couple of years now, I finally decided to replace my worn 034 Motorsport density line mounts with the Apikols. 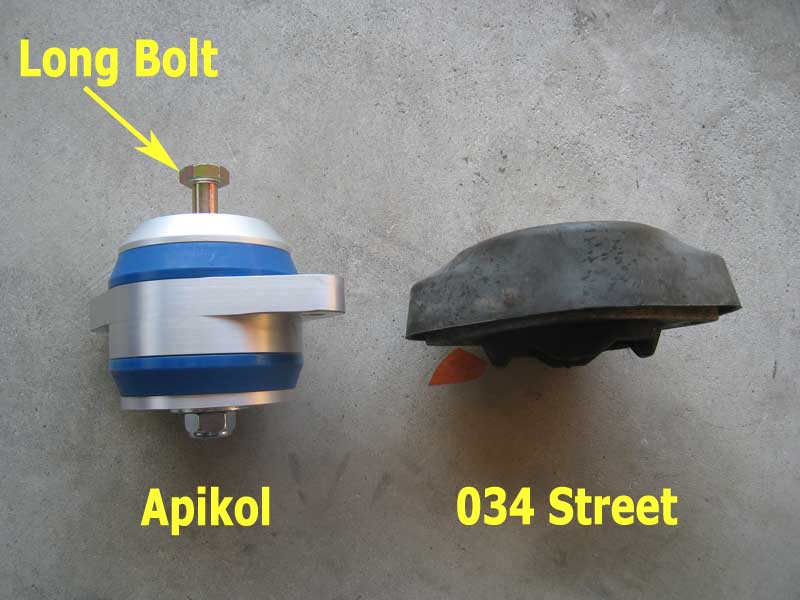 What is immediately noticeable is how much thicker the Apikols are than the street density line.  I never had any complaints about the 034 mounts, but in keeping with aftermarket part advertising philosophy, if it’s bigger it must be better.

I was in the process of installing my motor when I made this swap, which seemed like a logical thing to do, it is, but I had an unanticipated delay with these mounts.  You see, since they’re thicker they require a longer bolt, a good amount longer as a matter of fact.  So much longer that my S4 said, uh-uh, that’s not going in without a fight.  Getting the passenger side bolt through was a major pita.  As a reminder, the bracket for the transmission mounts sits directly below the downpipes, those 3″ downpipes that all aftermarket equipped cars must upgrade to.  On top of that there is the heat shield between the down pipe and where the bolts sits, making it even harder to put the bolt through as you are putting the motor in the car.

After a while, much too long, some profanity, thoughts of saying screw it I’ll put the old mounts back on, and an idea to reverse the bolt – which soon became apparent was not going to make things much easier, hallelujah!  It finally fell into place. 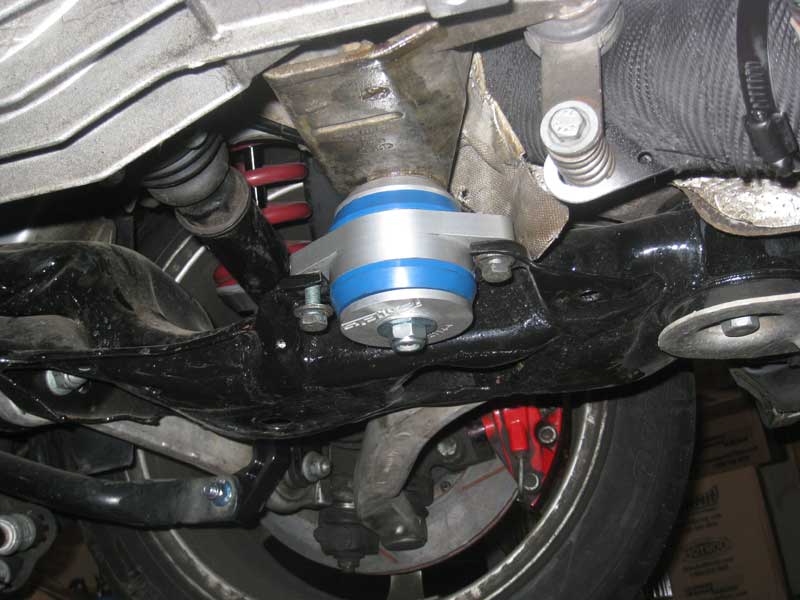 The driver side was also a bit of a challenge, but not nearly so much as the passenger side.  In all it took longer to put those two bolts in place than it did to get the motor and transmission back into the car.

It better ride like it’s on pillows after all that effort.

After getting the car back on the road I discovered a slight vibration that would start around 40-50 mph growing more noticeable as speed increased to 60-70 mph.  It was unaffected by varying rpm.  I started troubleshooting with a trip to a shop to have the wheel balance checked.  That did not eliminate the vibration.  I then took the car back to the shop that routinely works on my car, HB Motorwerks, to see if they could diagnose the problem, their assessment was that it was related to the driveshaft.  I hate this type of troubleshooting where expensive and time consuming parts need to be swapped out.  At the moment I have a re-manufactured OEM two piece driveshaft being delivered from Wholesale Import Parts.  While I’m hopeful that this corrects the problem since if it doesn’t it will mean buying additional parts and more work changing them out, if it does turn out to be the Driveshaft Shop single piece driveshaft I’m going to be irate at wasting money trying this driveshaft.