The subject of turbo blankets was one that I had not given much attention to until a discussion about heat wraps had brought them up as something that might have measurable impact on the turbochargers performance, especially with regard to lag, or low rpm/low load boost onset. 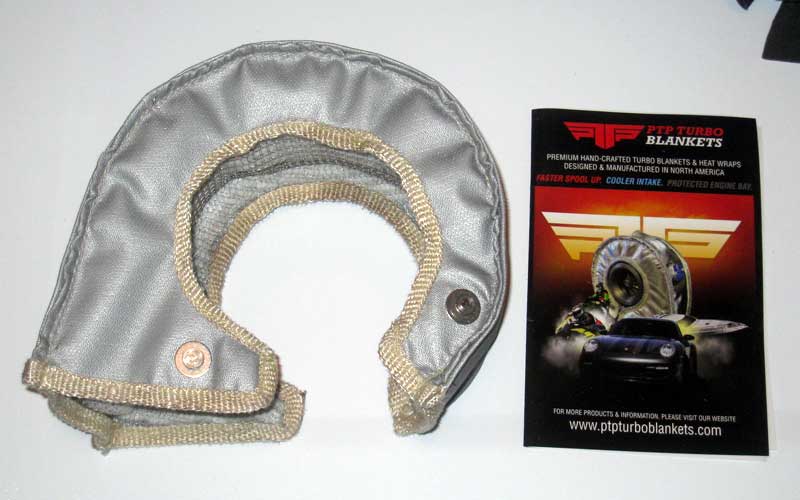 Typically aftermarket turbocharger users are seeking greater power output from their vehicles, and responsiveness is knowingly sacrificed in that effort.  That leaves the realm of improving responsiveness to OEM’s who cater to a broad consumer base that is less concerned with peak horsepower numbers and more with getting themselves around in an enjoyable manner.

Because getting a better response from turbochargers is something that allows manufacturers to economize their engines it is a subject that has been investigated outside of the limited aftermarket performance world.

I began searching through research journals trying to find support for the purported benefits of turbo blankets.  What I found validated the concept and gave some idea as to the extent that performance might be increased.

The first question I had was how much heat was lost from the turbocharger turbine in a manner that a turbo blanket would help with reducing.

I thought this was a very interesting finding due to the potential impact that a thermal blanket may have on improving initial spool up. It also tempered my optimism about the blankets since it was apparent that with higher exhaust gas flow the benefits of a turbo blanket would lessen.

The article went on to give more credibility to the concept of using a thermal (turbocharger) blanket as a way to insulate and contain heat energy within the turbine housing:

These results show that placing a heat shield around the turbine reduces the amount of thermal energy transfer from the turbine and increase the turbine power at part load. Therefore, insulated turbines can deliver the same power at smaller size which can reduce turbo lag. (emphasis added by site author)

Another journal article gave a breakdown of the heat energy losses by transmission path: 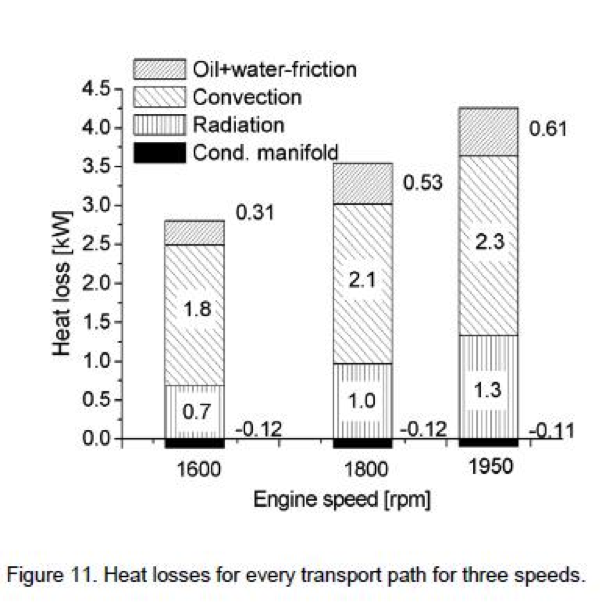 The proportion of heat loss from convection and radiation as compared to conduction into the water and oil further strengthens the argument for using a thermal blanket around the turbine housing.

Another fascinating observation pertaining to radiant heat losses was brought up through the following discussion:

The results indicate that for 1600 rpm, heat is added to the compressor, probably due to conduction from the bearing housing, but also from radiation from the turbine housing. Measurement with the hand-held infrared thermometer during full load operation gave much higher temperatures on the compressor housing surface facing the turbine than the surface facing the opposite direction. This indicates that the radiative thermal loading is high.

The main transport mechanisms for the turbine heat losses are convection and radiation. The conduction to bearing housing (and manifold) is almost an order of magnitude smaller.

The fact that heat losses via conduction were found to be an order of magnitude smaller than convection and radiation was remarkable.

Once I was sufficiently convinced that a turbo blanket might prove beneficial I looked into purchasing a pair to try out on my S4.  As the photo at the top shows, I initially contacted PTP Turbo blankets and ordered a set of their blankets.  Unfortunately they do not carry a model specific for the BorgWarner K03’s and the pair that I hoped would be a close fit were not well suited to the S4’s turbo-exhaust manifold arrangement.

I sent the blankets back to PTP and continued to look for another blanket to try out.  I came across Thermal Zero, an Ohio based company that had a potential solution in a DIY kit blanket.  I contacted Thermal Zero to learn some more about their DIY kit and in the process of corresponding with them learned of a couple blankets that they produced that might work with the K03’s.

They proposed two blankets, one aimed at the Subaru and the other at K16/K24 turbos.

Since I had already gone through the process of trying a turbo blanket and finding it did not fit well I decided I would see if Thermal Zero would agree to send me one of each so I could determine which, if either, fit well.

I received the two turbo blankets from Thermal Zero and test fit each on my S4’s K03’s.  (Note: The size of the K04 turbine housing circumference is approximately 0.75 inches larger than the K03 turbine housing).

I determined that the K16/K24 turbocharger blanket fit better in my opinion, and I contacted Thermal Zero to order a second K16/K24 blanket and return the Subaru blanket. 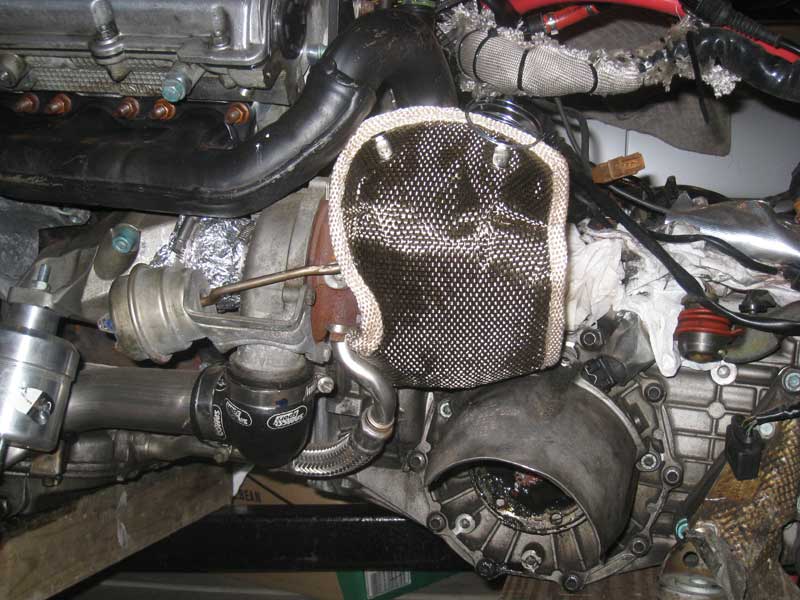 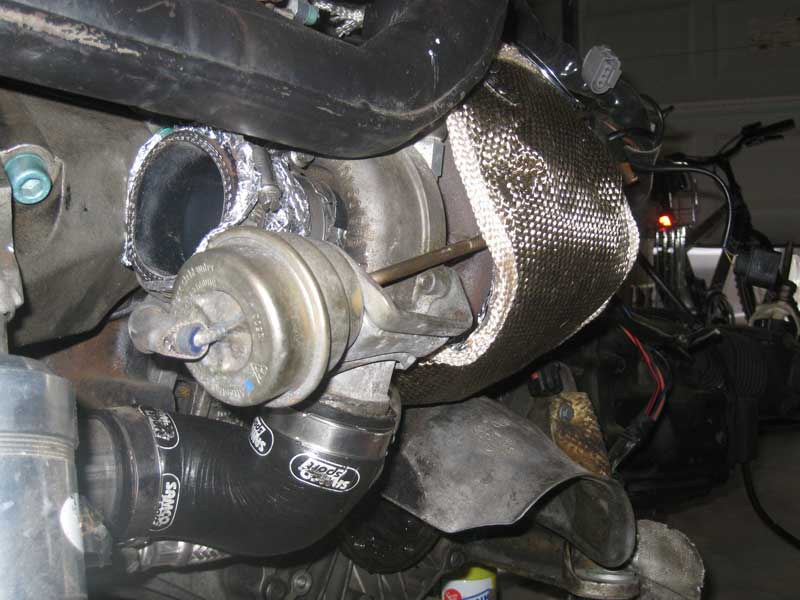 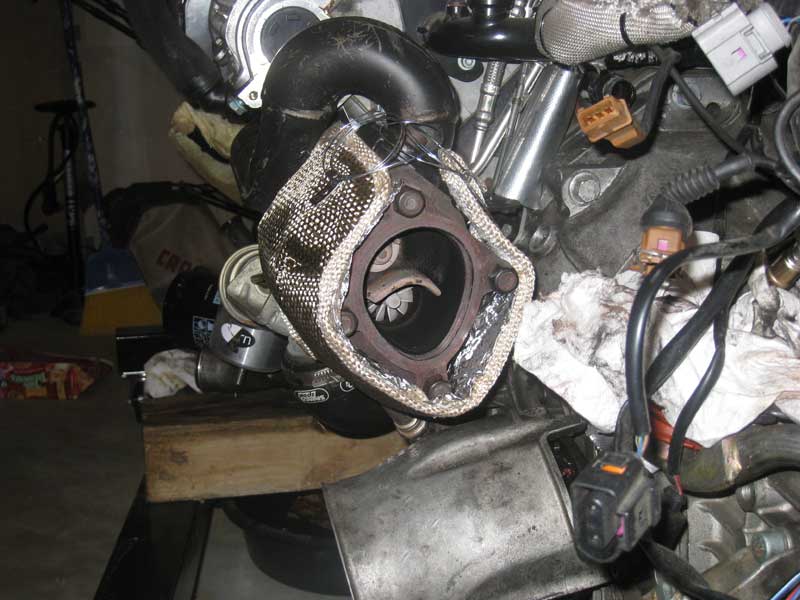 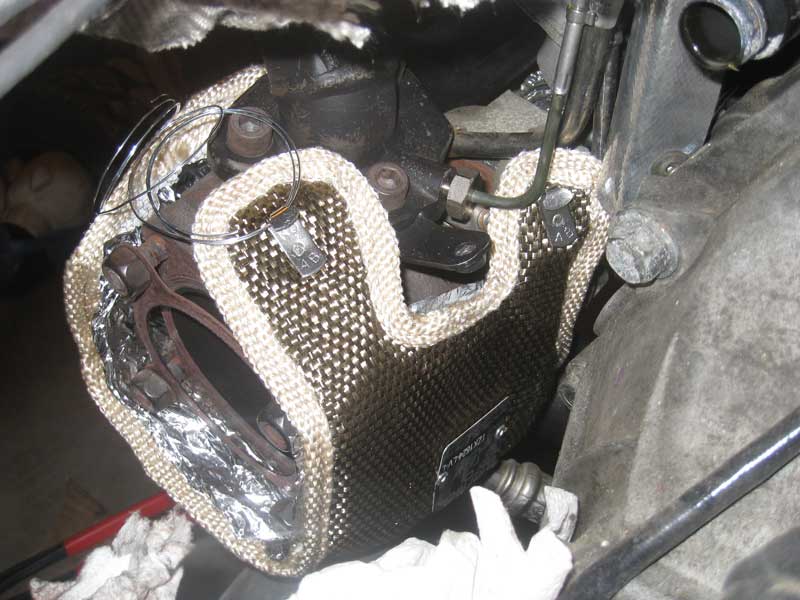 Note: I placed aluminum foil between the turbocharger and blanket to keep from dirtying the blanket while I was test fitting.

Once I have both turbo blankets installed and the engine back in the car what do I expect the difference to be with the blankets?  Probably minimal.  My hope is that the turbo’s will spool up slightly faster possibly generating a little more torque at lower rpm.  Possibly the underhood temperatures will be lower.  I don’t expect to record dramatic changes, but I’m optimistic there will be some tangible benefit to using the turbo blankets.

Check here for the results.