The MyAudiS4 website was started in 2003 as medium to communicate my experiences owning the Audi B5 S4 to other S4 owners. When I ordered my Audi B5 S4 I did not realize the potential the car would have for modification or how far I would go with modifying it, nor did I anticipate how my career path would influence the undertakings I would have with the car. 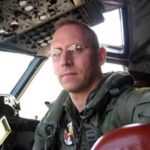 With studies in  engineering and operations research I have a natural inclination to being methodical and logical when approaching a problem.  My decision to purchase an Audi S4, rather than the competing BMW E36 M3, had nothing to do with opportunities to test, evaluate, and optimize the car’s performance, but rather I was motivated by the practical benefits of 4-doors, a decent size trunk, the appeal of all-wheel drive, and a strong engine.

I began to modify my B5 S4 soon after receiving it, making changes to the wheels and exhaust as well as suspension upgrades.  These alterations were motivated by a desire to get away from stock components.  As my career interests shifted from aircraft operations to acquisition I found a similarity of process with my car hobby.  I began to apply a more systematic approach to the evaluation of products I would consider equipping my S4 with and soon had my first opportunity to go beyond the normal evaluation of a product with my purchase of the APR Stage 3 kit.  At the same time, the quantity of content on MyAudiS4 began to grow. 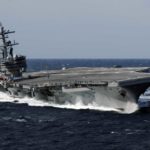 The experience and positive outcome from the engagement with APR led me to become more interested in test & evaluation involving my S4.  When an opportunity to be part of a major test effort came up I joined a test group that was planning the test activities for aircraft carrier sea trials.  It was during this time that I began pursuing planned product comparisons for my S4 and thus I worked to shore up my data measurement capabilities, to include building a flowbench.

A growing interest in Test & Evaluation led to a subsequent assignment as a Test Director which made learning the subject of testing a full time job.  I also discovered that testing military systems is not a fast process, even when officially referred to as quick tests.  As test lead overseeing a “quick” reaction test, an entire year and one million dollars would be allocated to performing a single test event.  My desire to quickly test and evaluate a product and document it’s performance would end up being met and publicized via MyAudiS4. 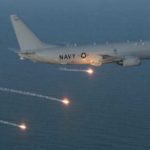 Career-wise I found myself moving between roles of leading and participating on teams, expanding my exposure to tests such as the mission systems of aircraft like the P-8 Poseidon and F-35 Joint Strike Fighter.  All the while, with my S4, I became more interested in understanding, and measuring, the fundamental forces at work within the car, and upped the data collecting tools I employed to test the car and the parts that it is comprised of. 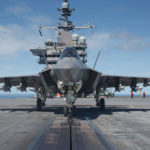 MyAudiS4 has allowed me to consolidate and present quick tests that require neither extensive planning nor a large budget.  My goal in testing related to My Audi S4 has been to get information that is good enough to make a purchase decision while understanding that in expediting the ‘acquisition’ process, shortcuts are being taken and there is an increased risk of making errors as a result.

This site is still doing what I set out for it at the start, documenting my efforts to optimize the performance of My Audi S4.