Under normal driving conditions the pre-intercooler sensor reads between 0.05 and 0.1 psi, which leads me to believe there is not much difference between the boost readings attributable to sensor accuracy.

The longer of the two pulls shown is out to approximately 6600 rpm.

Below is the longer pull with MAF vs Pressure:

The difference below 200 g/s is probably due to the readings being taken by different data logging equipment.  It is more difficult to match up data points when there isn’t a common reference data as used in the first chart  where pressure from each sensor was plotted versus time.

Boost and MAF on the same chart against Time: 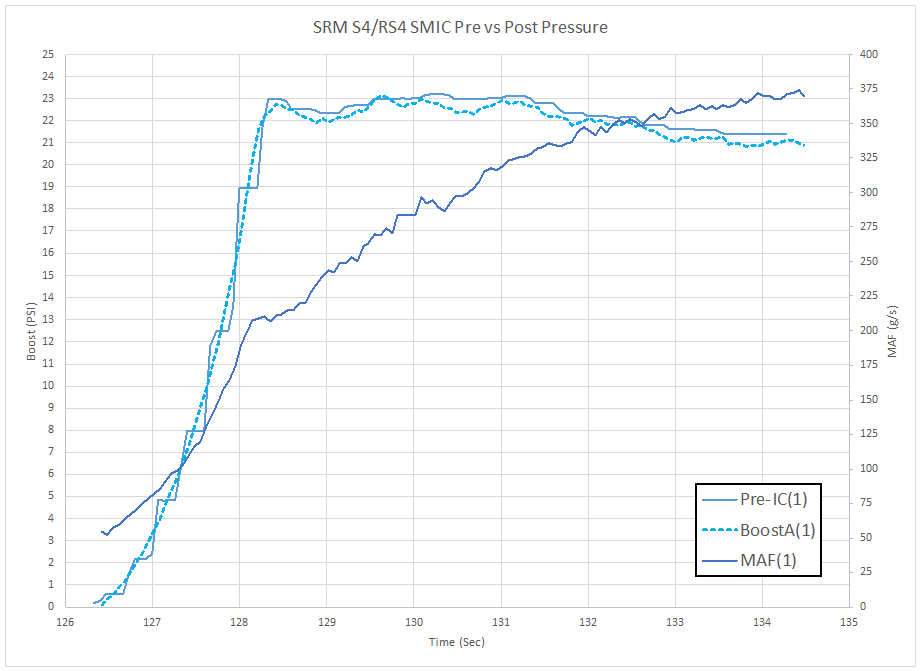 This is an approximation for where the current tune lands on the K04 compressor map.

I’ve previously taken readings of pre and post-turbo pressure losses to have an idea of what they would be, but the readings were not made at this manifold pressure level, which is higher than what the readings were made at.  The higher manifold pressure would result in greater pre and post turbo pressure drop than what I have recorded.  That means the results are potentially further up the compressor map, at a higher PR, than what is shown in the maps below.

Plotting the information produces this result: 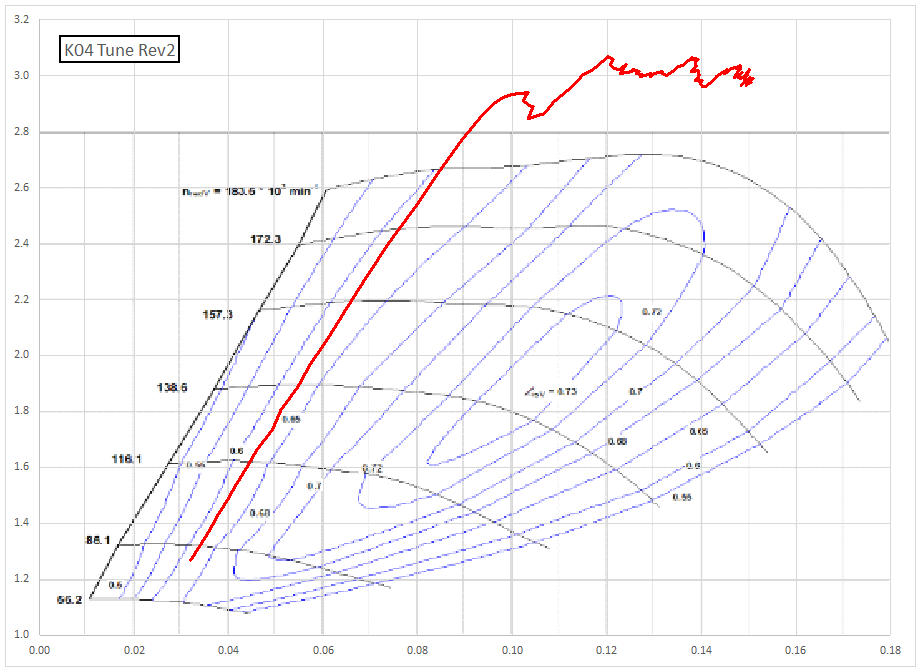 Then shown below is a similar boost profile and corresponding map overlay.  This is a shorter pull, but started at a lower rpm, which shifts the boost onset line to the left.  I was concerned about compressor stall possible occurring when going wide open throttle at low engine speed.

These results are in excess of what I am comfortable with for long term use.

I did a drive today with the N75 valve electronically disconnected in order to check how the boost profile looked when only on wastegate cracking pressure.

Logging the boost pressure on the road confirmed that the wastegates appear to be functioning correctly at the specified preload reading.