This chart of torque from a number of dyno’s illustrates how different size turbochargers will delivery a different driving experience.

The car setups can differ greatly, having a significant affect on the outcome, but the general idea is to find a median value from a number of cars to help illustrate how a particular type of turbocharger might perform on a typical S4.

Next: New option from SRM

After making this timing adjustment: 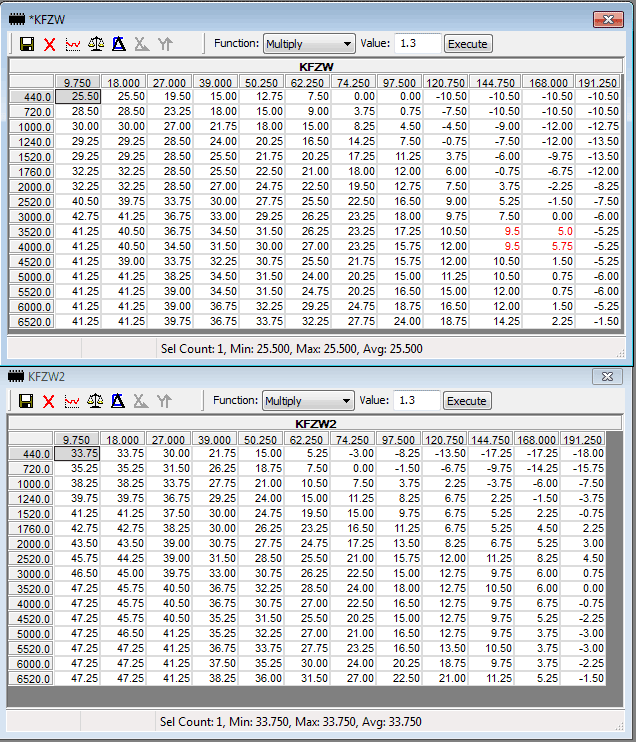 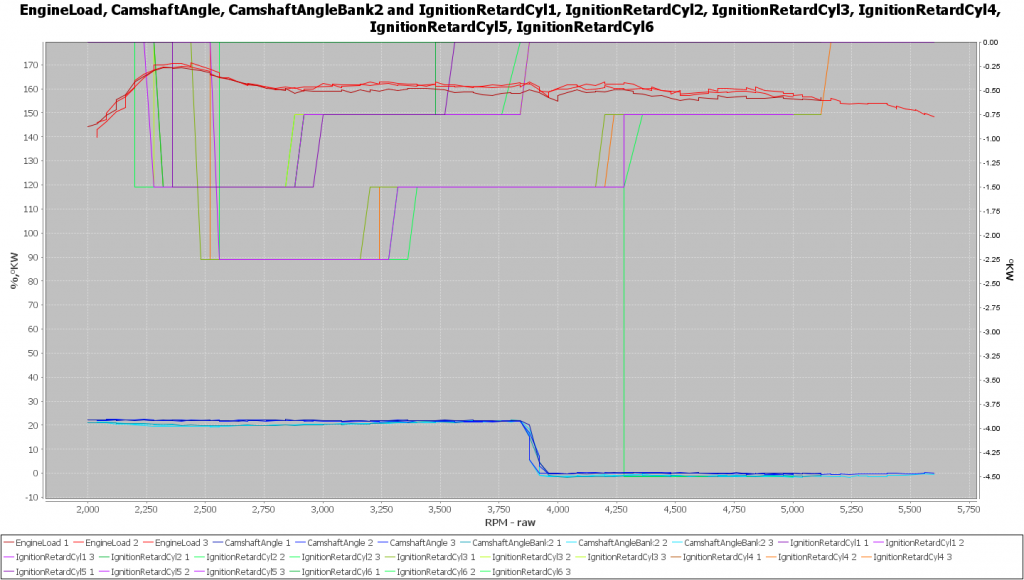 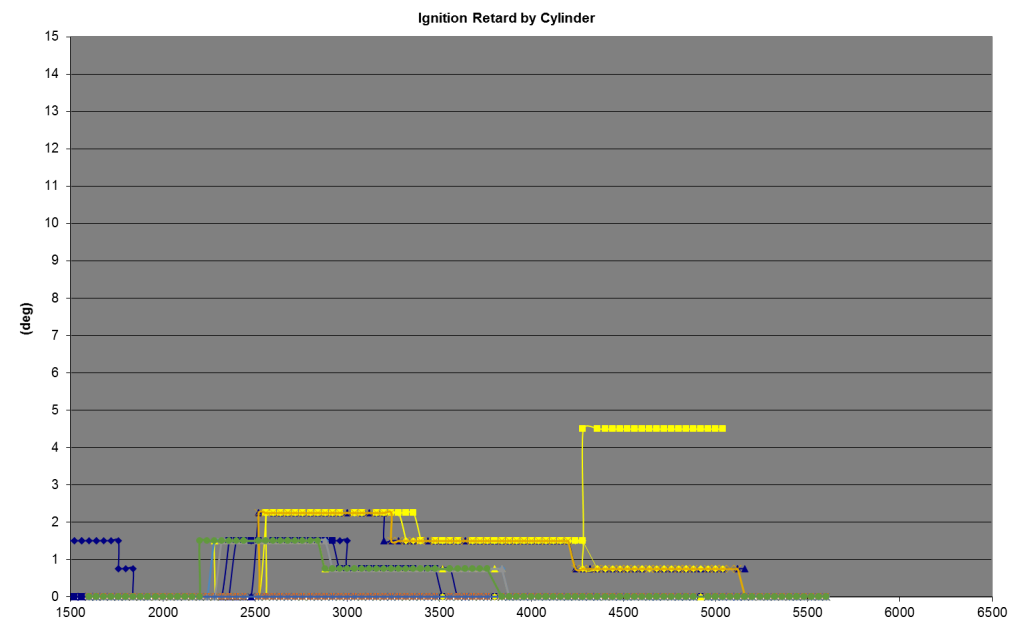 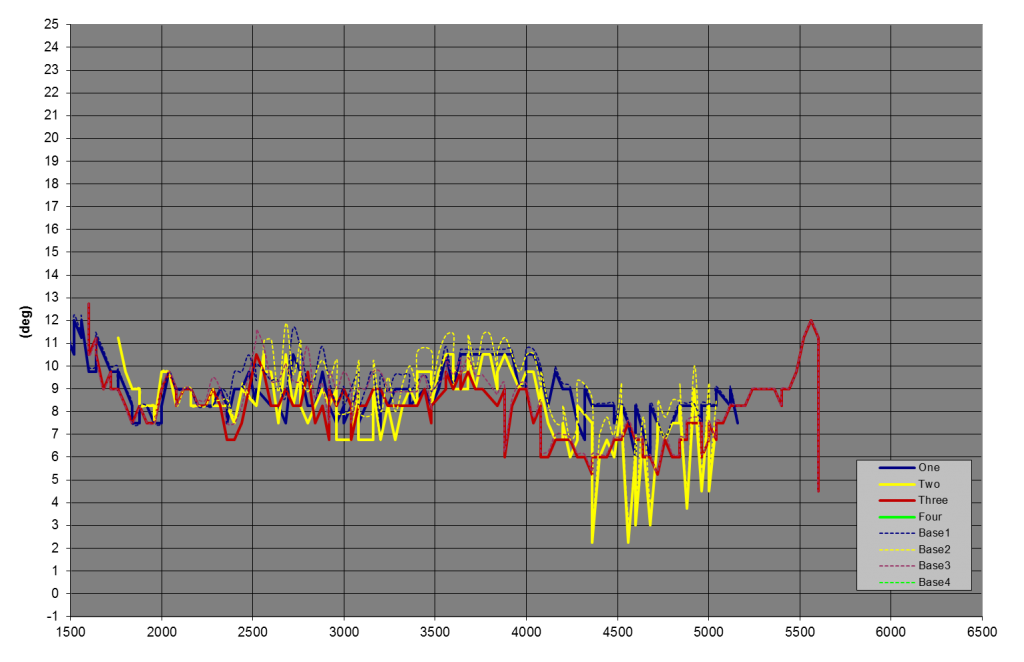 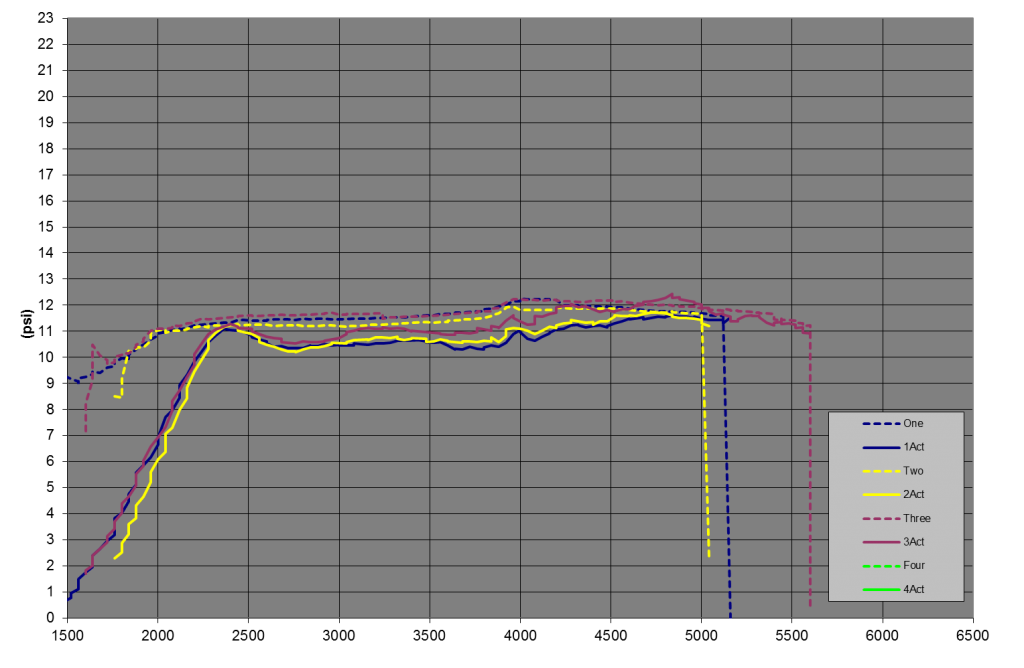 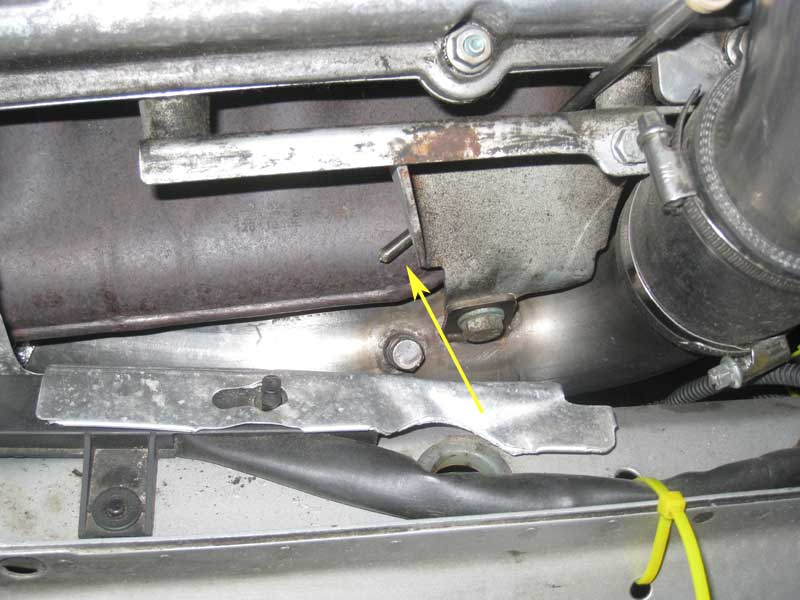 I then drove the car for approximately 30 minutes logging the final ten minutes.

Initial driving was easy to allow the engine to warm up and then I conducted a few short third gear pulls up to the 5000 rpm range to see what would happen with the near exhaust manifold temperatures under a brief heavy load.

The chart below show the changes to the near exhaust manifold temperatures during this drive. 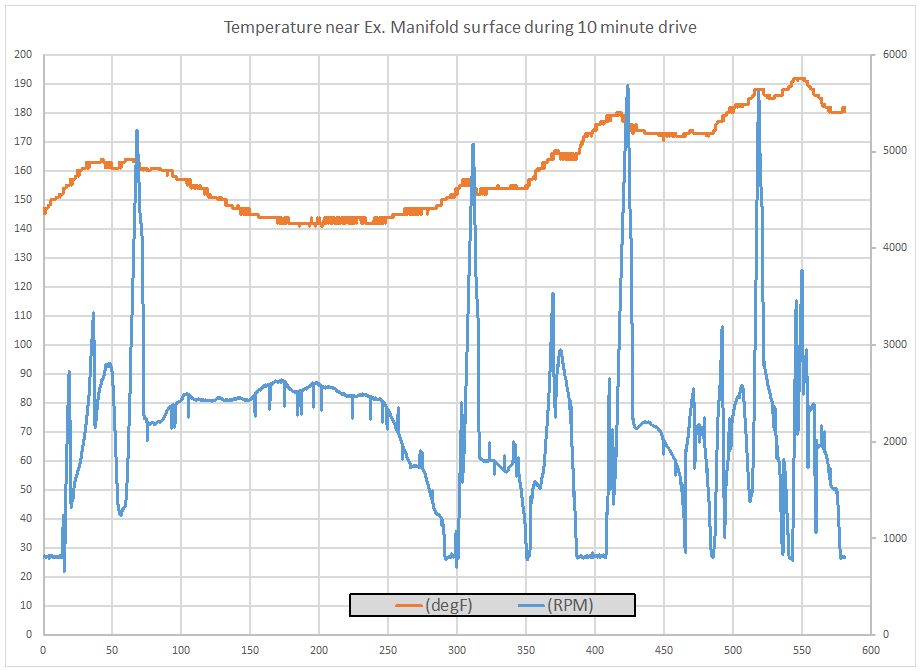 I was not expecting such cool temperatures near the exhaust manifold, cool being a relative term, but in comparison to what I have logged as exhaust gas temperatures (below) the temperature outside the manifold is not relatively high. 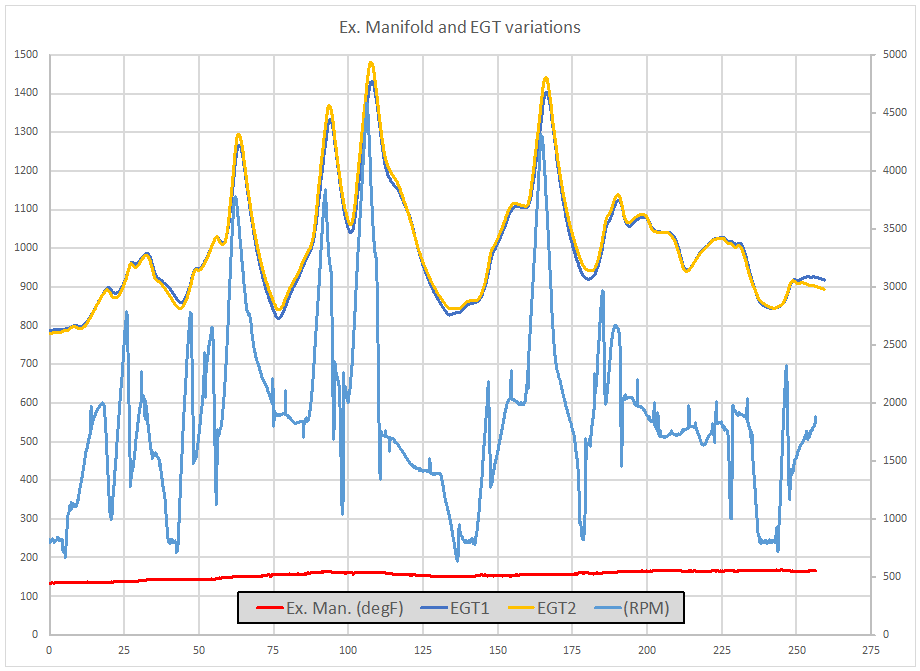 Shown below is a close up of the near surface temperature during the drive above. 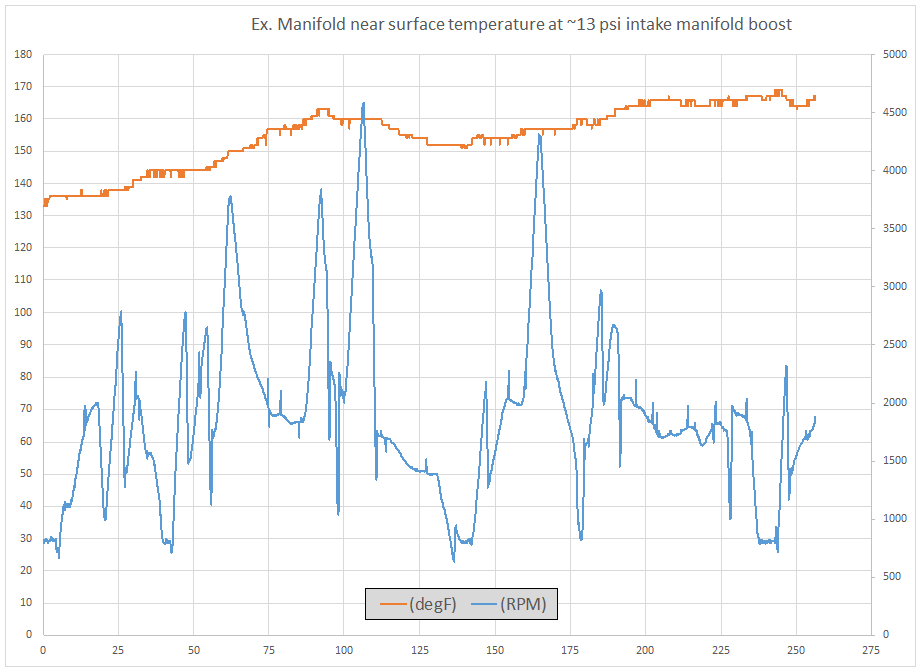 It looks like the double walled OEM exhaust manifolds do a good job of keeping interior exhaust gas temperatures from reaching the engine compartment.