Testing was done on a series of Audi B5 S4 and RS4 intake manifolds over a span of several weeks, the running description of the tests is in the Blog section categorized under Testing.  What follows is a consolidation of the main results from those tests.

Shown above is the individual runner CFM at 10″ H2O along with the total airflow with all runners open.

After acquiring a velocity probe designed for measuring exhaust direction airflow velocity I went and put the stock intake manifold back on the flow bench to measure the air velocity at the various runner outlets while all were open and a steady air stream was pushed through the manifold.  The values shown are in feet per second (FPS). 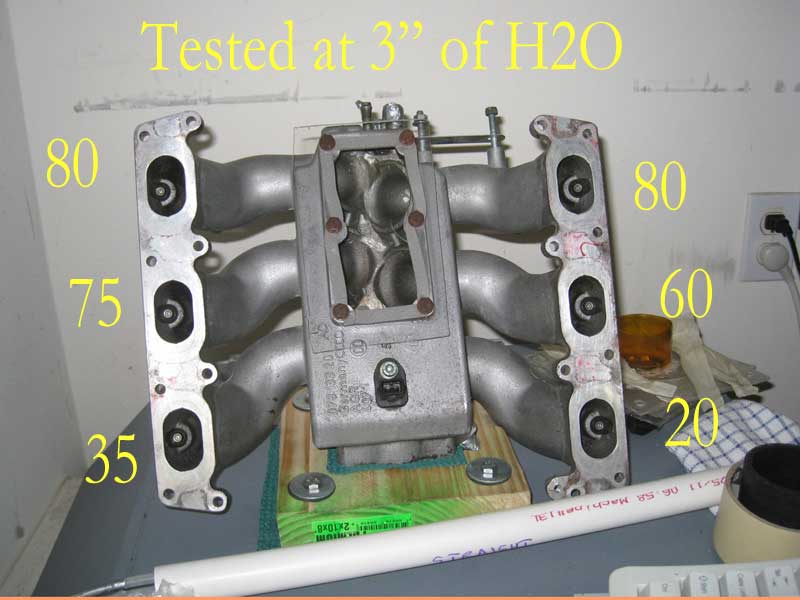 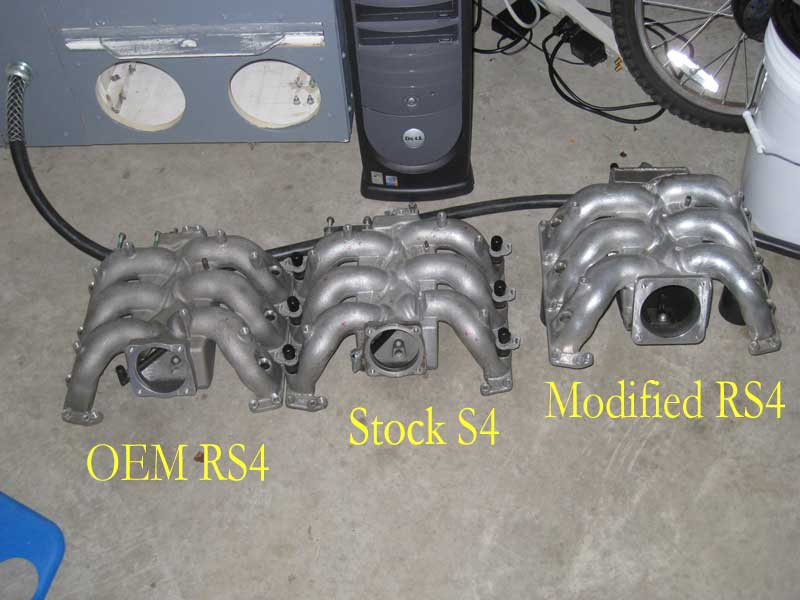 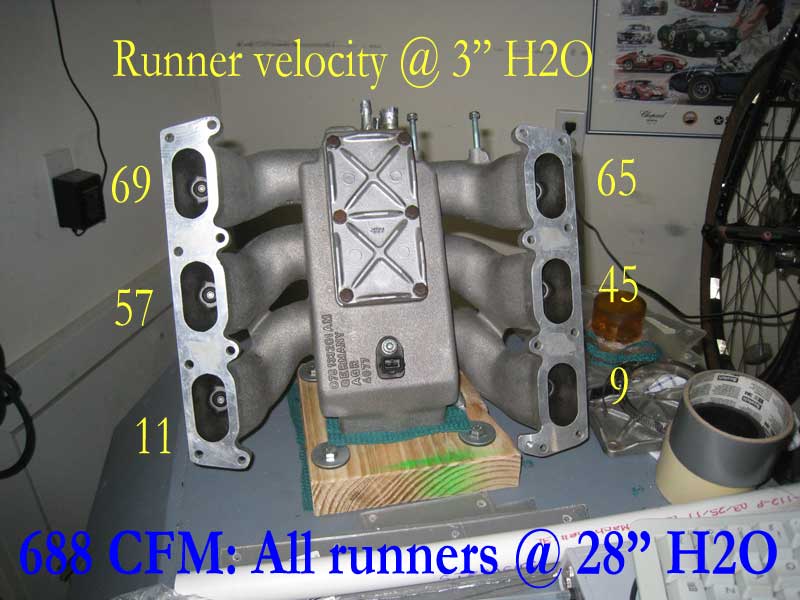 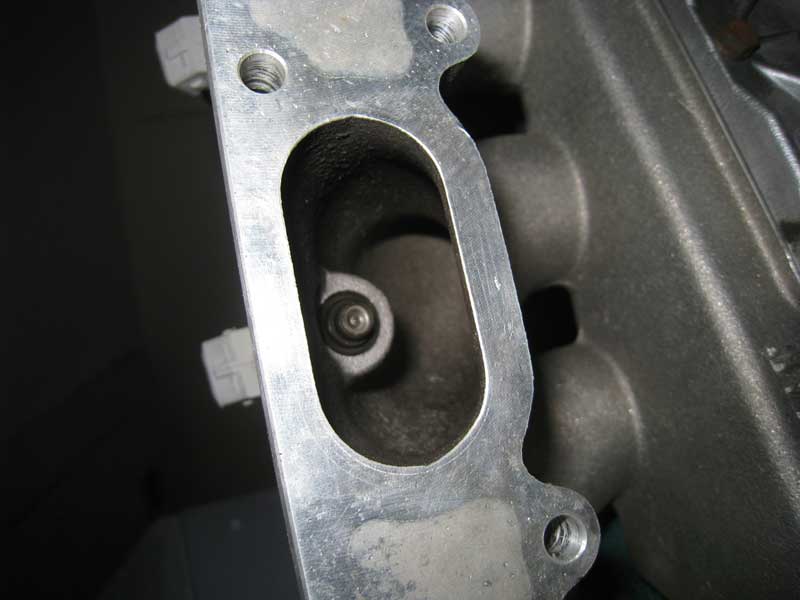 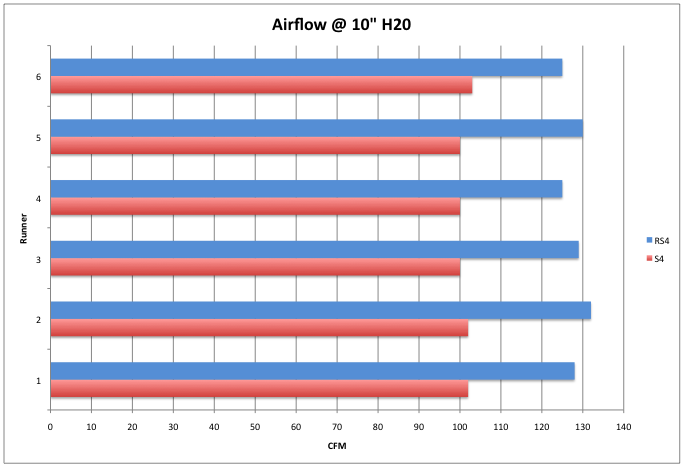 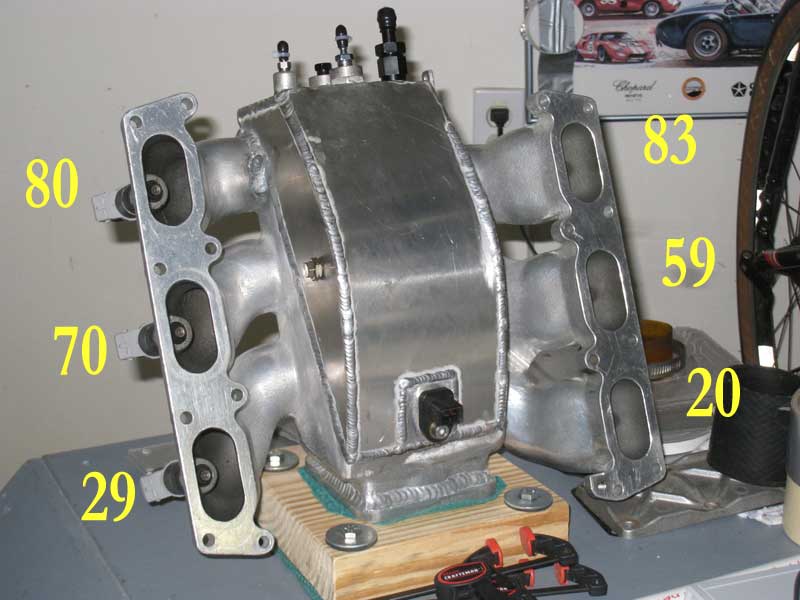 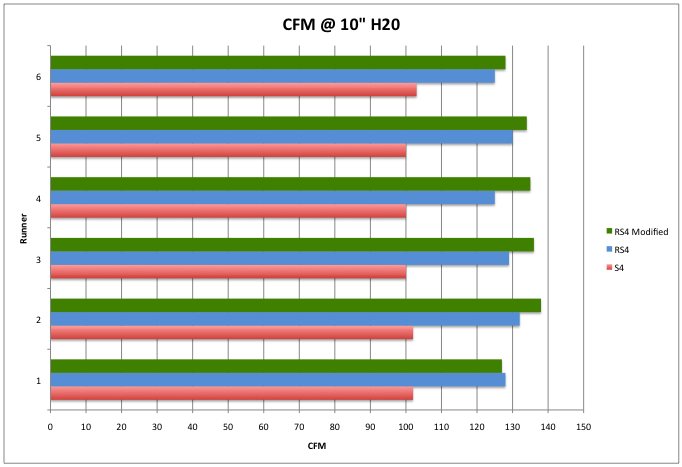 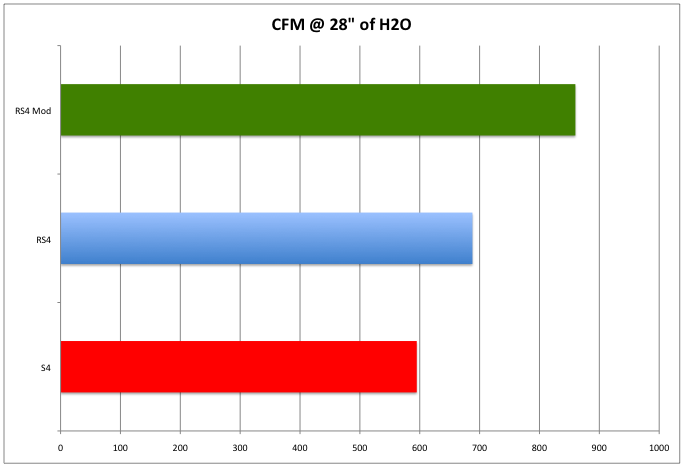 With a variety of intake manifold configurations tested one question that was posed was, is the intake manifold entry a limiting factor for airflow, or are the runners when all are open?

Because increasing runner size with a fixed inlet size was not an option I decided to log the airflow through the IM with a combination of runners open to see if there was any information available that might help answer the question. 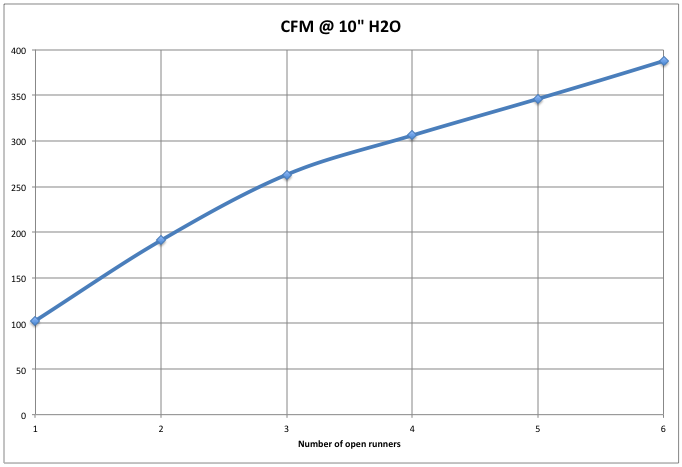 It appears that the limit for the amount of airflow that passes through the intake manifold, when all of the runners are open, are the runners.