This was a surprise, receiving an envelope from Audi of America containing the following:

What a very nice gesture on the part of Audi of America’s Customer Experience team.

As a follow-on to the initial flow testing performed with the White Dog Racing Front Mount Intercooler I wondered what the airflow through each half of the FMIC would be.

I attached the WDR FMIC to the flow bench again, this time using a thick piece of plastic to cover one of the inlets and then sliding the coupler hose over the plastic to hold it in place and form a seal.

Then with just a single inlet open I tested the intercooler again.

I was a bit surprised by the difference in airflow readings between the two halves.  The passenger side is flowing approximately 14% more than the driver’s side.

Each half of the core has the same number of charge rows, 17.

Based on the physical appearance of the cores the only immediately obvious difference that I would guess to be causing the difference is the longer exit path that the air from the driver’s side flows through on the top side of the cores prior to exiting the FMIC.

The new Audi RS3 is a car I’ve followed due to the similar size with the Audi B5 S4.  Showing up with 400 HP is something that makes the RS3 even more appealing.  Of course there are many other changes that the RS3 will bring with it, but on the flip side the B5 S4 has a lot going for it, beginning with being a better looking car.

Not that the RS3 is ugly, it simply lacks the classic look that the B5 S4 has. 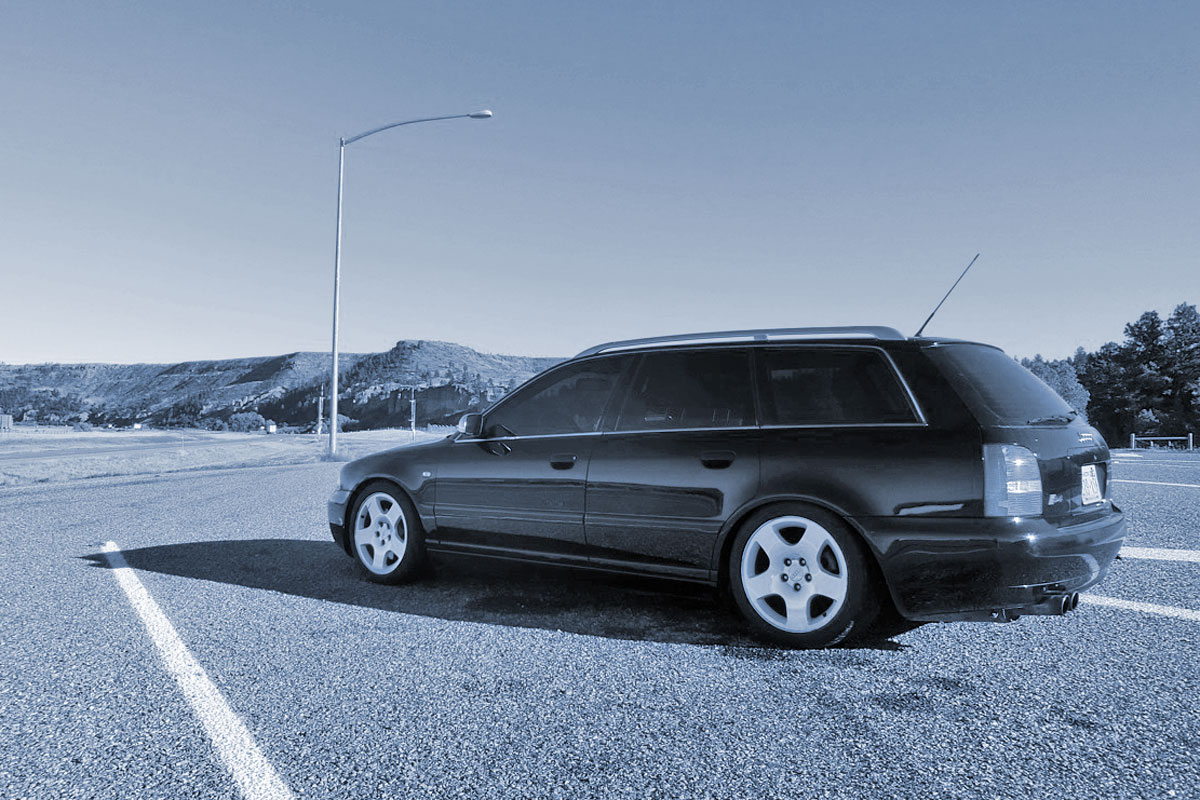 Since I’ve been thinking about the RS3 I naturally started to ponder what the power potential of the car would be.  With the Audi TT-RS having a similar 5 cylinder 2.5L engine I figured that would be a good substitute for the new RS3 engine.  To get an idea of what the aftermarket might do to up the ante on this engine I checked out the APR 2.5 TFSI Stage III GTX Turbocharger System.

APR’s figures seem to be determined with their Dynapack dyno.  My experience having my car dyno’d on a Dynapack, (APR’s no-less), showed that the readings were slightly greater than a Mustang dyno, making them a little more than what I’ve recorded on the street.  This is a reasonable outcome as the Dynapack eliminates the wheel to roller losses of a drum type dyno.

APR’s dyno reported CHP values are lower than the RS3’s advertised 400 HP, thus I’m now wondering how good of a substitute this engine will be, but until the RS3 is released the TT-RS will have to do.

Taking the APR Stage 3 kit wheel torque values and plotting them versus some B5 S4 dyno results obtained with BorgWarner RS6 turbo’s, and a single pull from an S4 with TTE780 turbo’s, the results are remarkably similar, with some minor, but potentially significant differences.

At the top end the TT-RS has slightly more TQ/HP than the BW RS6 equipped S4.  Again, the TTE780 is shown outperforming the aggregated RS6 data, and this time the TT-RS as well.  Given the larger size of the TTE780 compared to the BW RS6 turbo this result is not surprising.

Overall, while this is merely an academic exercise in predicting how the B5 S4 with RS6 turbo’s would compare to the not yet available RS3, I’m pleasantly surprised to see how well the old B5 S4 2.7T may compare to the latest release from Audi.