This review is based upon my experience purchasing the system in 2003. A number of other systems have become available since I first began using water-methanol injection on my S4.

Looking to reduce the Intake Air Temperature to the engine and provide some measure of safety to the engine when running with an aftermarket chip producing higher than normal boost levels.

As mentioned in the Intercooler Mister section, I had stayed away from an Intercooler upgrade for the time being, but wanted to leave the door open to this upgrade in the future. While researching options for cooling the intake air one additional possibility was water injection. This option had the potential added benefit of reducing the exhaust gas temperatures, and perhaps improving the lifespan of the cars turbochargers.

Aquamist – The only commercially available kit that I was aware of. Seemed to be a well established kit with a wide range of applications. Numerous distributors were available which would mean I could probably locate an installer that had worked with this system before. 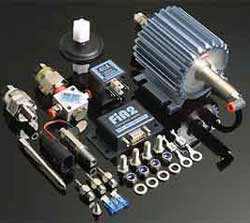 I purchased the Aquamist 2D kit from Broadway Auto Clinic and had it installed by Cascade Autosport of North Bend Washington. The initial set up used 5mm nozzles as I was limited to running my car with stock boost since my APR chip is programmed for 93 octane and I have yet to find any of this in Washington. The system was set to engage when boost reached 5 PSI. 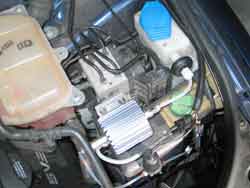 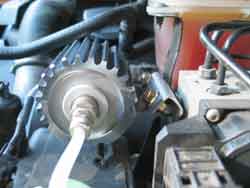 When driving I could not feel any difference with the Aquamist system. I logged intake air temperatures on a short drive to see if pushing the boost up would trip the system, and what the results would be. See the CHART below. Note: Boost/50 represents the actual boost value recorded by the Vag tool divided by 50 in order to scale the chart so everything fits more compactly. Trip Lvl is where the water injection should kick in.

At this point the system has not been fine tuned, nor tested extensively. This initial test was not carried out as well as I would have liked but at first look it appears the system is performing as it should.

Allowing air into the supply line is bad. This happened when I was attempting to clean out my windshield washer reservoir. The water injection pump loses its prime and then runs, attempting to pressurize the line. This is held for a short while, but the air in the line causes the pressure to drop. Then the pump runs again. To clear all of the bubbles out I disconnected the filter and cleaned the bubbles out of the short line to the pump. Then I filled a 2-liter bottle and put a hole in the cap the same diameter as the supply line. I turned that upside down to allow water to flow through the line while I reconnected the inline filter section and then carefully replaced the hose in the washer fluid reservoir.

There aren’t any noticeable changes having this system installed. During some data logging during my Stg3 dyno tests I found that the second of three runs made the least power, this coincided with the run that I had the water injection turned off. 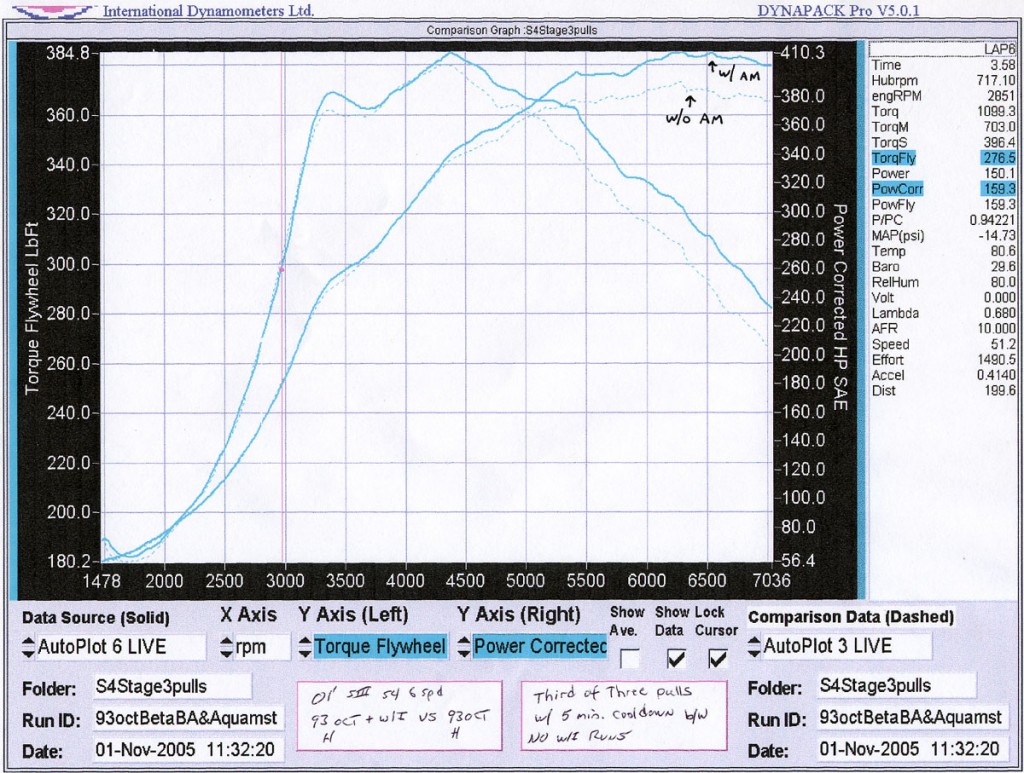