With several drives behind me to collect temperature readings at a few different points along the intake I had swapped the temperature sensor to be after the air filter and I began recording temperatures during my morning commute, which allowed steady speeds for the initial part of the drive.

With the additional data I was ready to apply 3M Aerolite reflective film to the exterior of the stock airbox.  The 3M Aerolite film is similar to the more commonly referenced DEI Reflect-a-gold foil but silver in color. 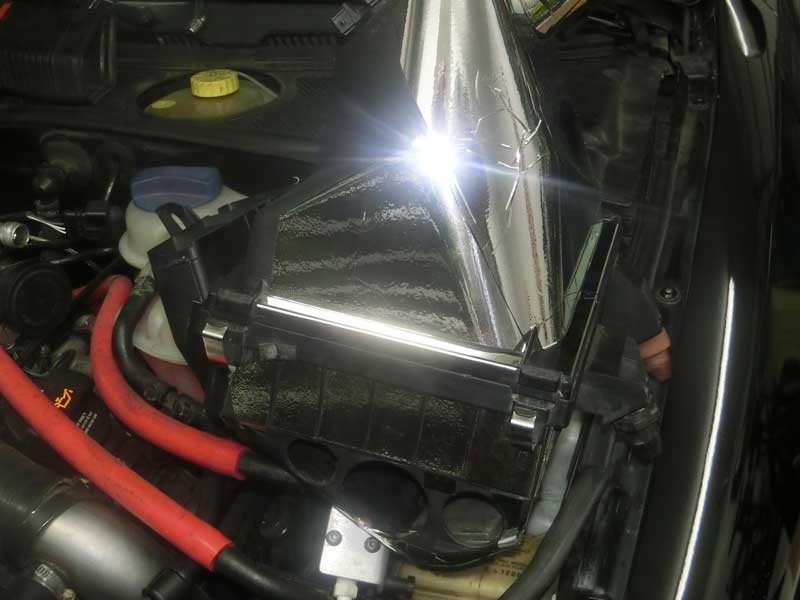 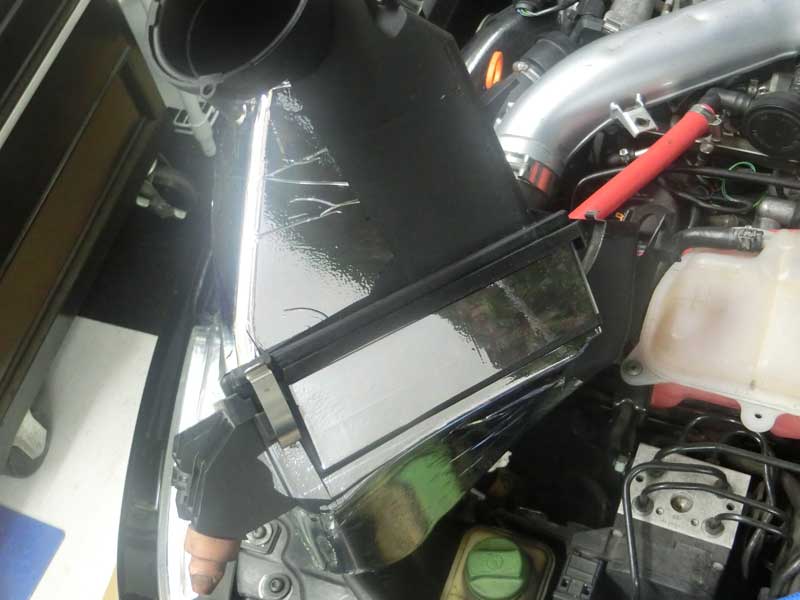 It was now time to take ‘after’ readings to see what changes, if any, were produced by having the reflective film on the airbox.

After the 1,900 second mark of the Afternoon Drive I shut the car off which stops the IAT reading, but I continued to record the temperature inside the airbox and the turbo inlet pipe for a couple of more minutes.

Shown below is the temperature delta and speed plotted versus time.  The fourth reading, which also has the asterisk after it, is the measurement that was taken with the reflective foil attached to the airbox.

Because the speed lines make viewing the temperature lines more difficult, the chart below shows the same temperature data without showing the vehicle speed data.

It is too soon to make a confident statement about the affect of the reflective foil on the intake temperatures, but from what I am seeing above it does not look to have a strong influence.

Results of past owner polls are collected on this page.

Shown below are the results of the first drive with the air temperature sensor located on the back side of the air filter.

The most remarkable result from this drive is that the temperature inside the airbox, after the air filter, exceeds that further down the intake, prior to entering the turbocharger compressor housing – labeled TOdegF.  From just after 1000 seconds until around the end of the drive the intake air is being cooled by the intake piping, relative to the temperature it reaches inside of the airbox.  That never occurred on the previous drive and raises the possibility that the air filter is contributing a fair amount to the warming of the intake air.

There are a couple of differences from the prior drive, the outside air temperature was about 15 degF greater, and there was a bit more stopping during the first portion of this drive.  The prior drive is shown below:

I will be making at least one more drive with this configuration to check for consistency in the results.