I set about making this move when I hit a snag, while attaching a 7mm socket to the end of a wrench the socket fell, down between the radiator carrier and the engine.  It bounced off one part and then the dreaded silence, indicating that it had not fallen through to the garage floor. 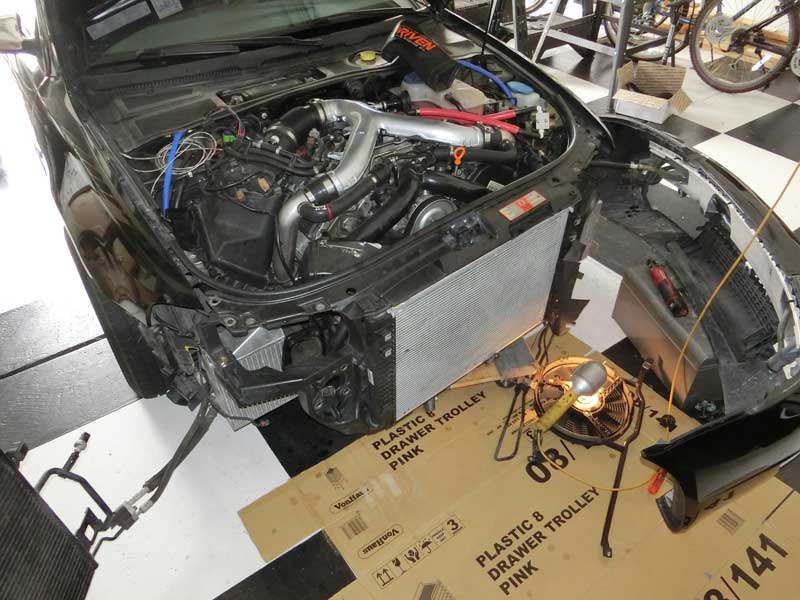 Peering down between the spaces I could not spot the socket, and as the photo above indicates, I had to try a bit more to see if I could find the stray tool.  Unfortunately even with the front end in the service position I could not find the socket nor bounce it free from wherever it landed.  I wasn’t going to drain the coolant to pull the whole front of the car off so I resigned myself to settling to use a 9/32″ socket instead until it either the 7mm falls out in the garage, or I purchase a replacement 7mm socket.

I continued on with what I had come out to the garage to do 90 minutes earlier, repositioning the air temperature sensor to the post-air filter side of the airbox.

The airbox was reassembled and positioned back where it regularly sits.  This sensor will work in conjunction with the sensor shown below.