With the help of a fellow S4 owner, martin0079 from the Audizine forum, I was able to flow test a set of AMD’s B5 S4 intercoolers.

I was very interested in seeing how these intercoolers would perform because they are supposed to be optimized for minimal pressure losses and I have been working toward a similar goal for all of my S4’s airflow paths.  I’ve been contemplating purchasing a set of AMD’s intercoolers but without any firm data showing how they stacked up versus my current intercoolers, the Evolution Racewerks (ER) side mounts, I’ve been concerned that I might be buying a product that doesn’t live up to it’s billing.

Here are some photo’s of the ER’s and AMD IC’s side by side. 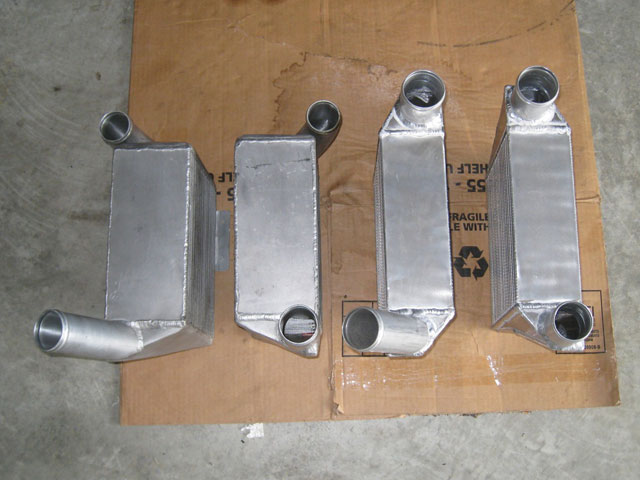 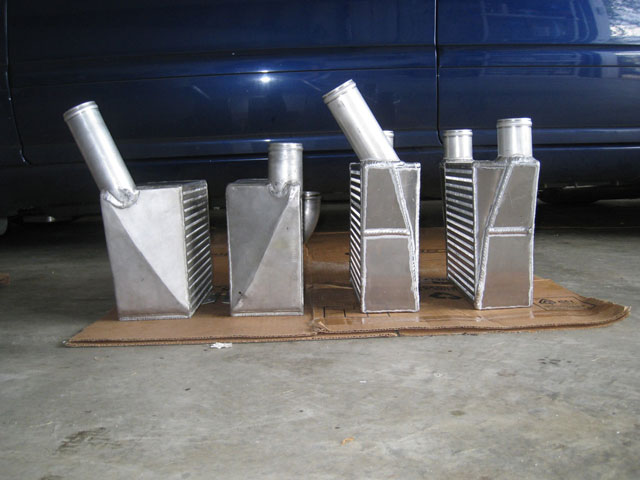 Here’s one of the AMD intercoolers on the flowbench before testing. 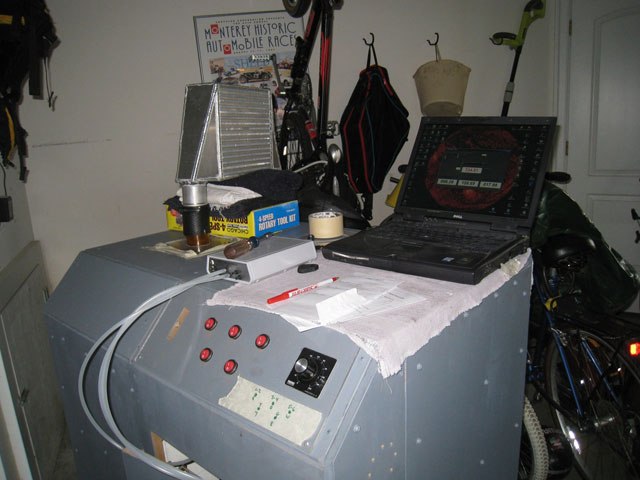 And finally, the results of the tests.

Note: For the latest results of all IC’s tested Click Here 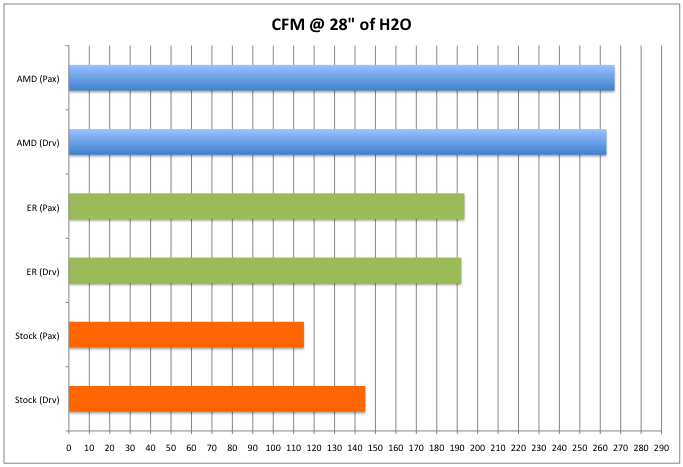 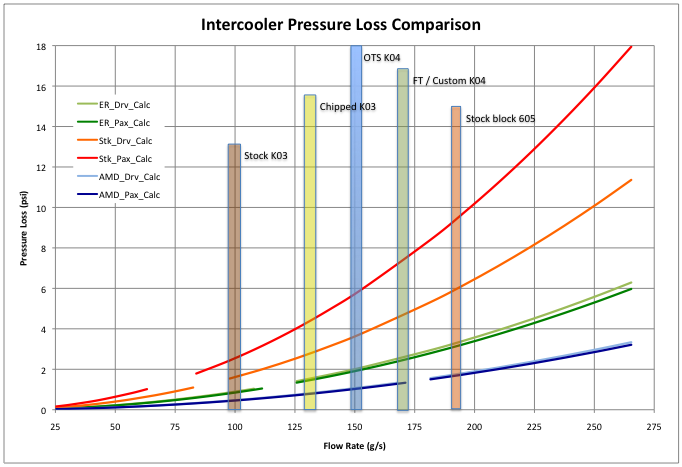 Conclusion:  I was surprised by the outcome of the tests on the flowbench.  I was hoping that the AMD intercoolers would show less of a pressure loss than the ER intercoolers but I had not expected to see such a significant difference between the two.  To put a number to the gains, at a test pressure of 28″ of H2O the AMD core will flow 40% more air than the ER cores.

The balancing act with intercoolers is temperature control and pressure loss, and the AMD intercoolers will probably lag the ER intercoolers in terms of temperature resistance during a hard pull because they favor minimizing pressure losses.  Other factors to consider are that with less of a pressure drop through the intercooler core the turbo compressor does not need to compress the charge air as much, which should result in a lower temperature at the compressor outlet.  I doubt the temperature reduction will be substantial, but every little bit helps.  I also would expect that the engines volumetric efficiency (VE) would rise as the intercooler pressure loss is reduced, owing to the fact that less work needs to be done on the turbine to compress the charge air, causing less backpressure on the exhaust side increases the engines efficiency.

Finally, another shout out to martin for lending these intercoolers so that some solid data could be recorded.