A box full of White Dog Racing intake parts for the Audi B5 S4/RS4 has arrived for flow testing on the PTS flowbench.  The parts, shown below, consist of a few variations of the intake bi-pipes and a set of turbocharger to intercooler hardpipes.

The intake bi-pipes cover the 54mm and 60mm tube diameters, flowing to a stock throttle body.  Within the two 54mm size pipes there are two variants, one with the MAP sensor in the stock location and one with the sensor offset.

The IC inlet pipes are intended for use with the Silly Rabbit Motorsport SMIC’s with the larger RS4 size piping.

After adding the APR bipipe and RS4 bipipe into the mix I began setting things up for testing.

One thing I noticed right away was how much lighter the White Dog Racing bipipes felt in comparison to the APR bipipe.  I set each product on a postal scale to get an idea of the relative weights.

Those weights are approximate as I needed to balance the products on the scale, and I did not bother to remove the MAP sensor, DV hoses, or WMI nozzles/line from the APR bipipe, but the general trend is clear, the APR bipipe weighs about twice what the White Dog Racing products weigh. 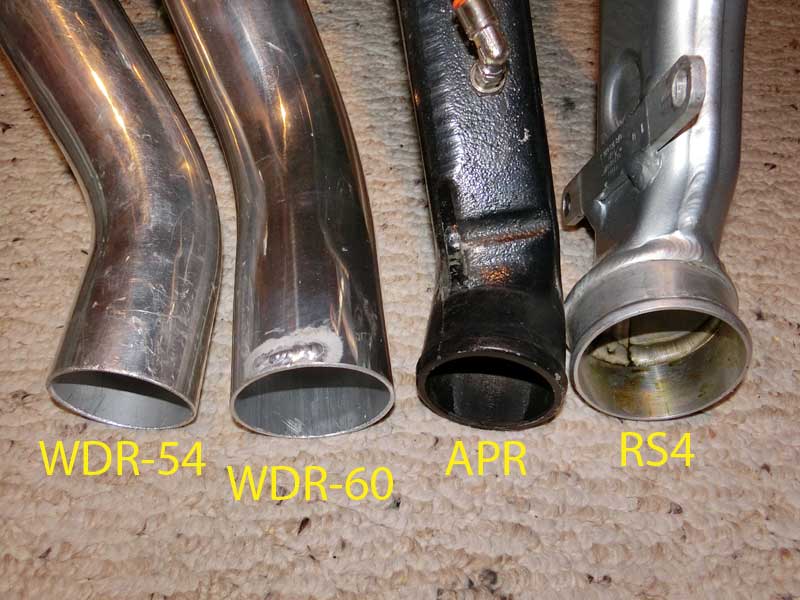 I also made a comparison of the inlet diameters: 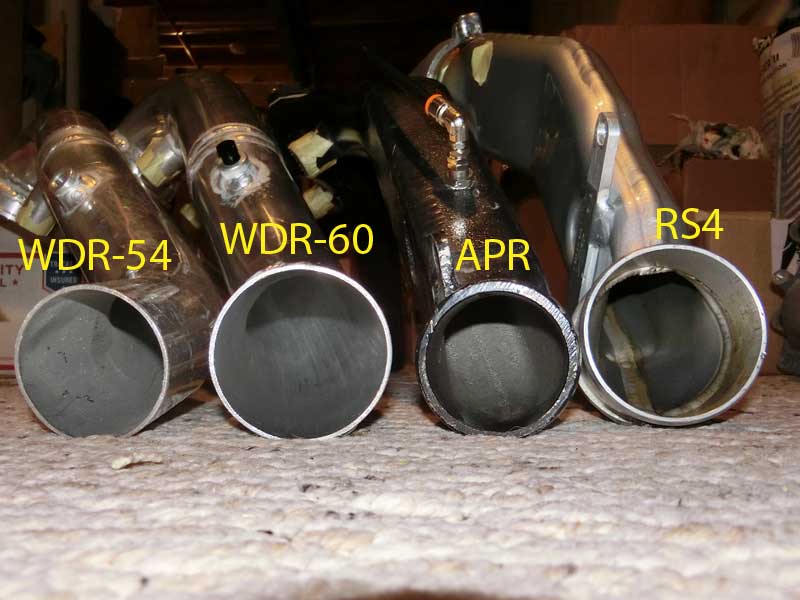 In sequence from smallest diameter to largest: 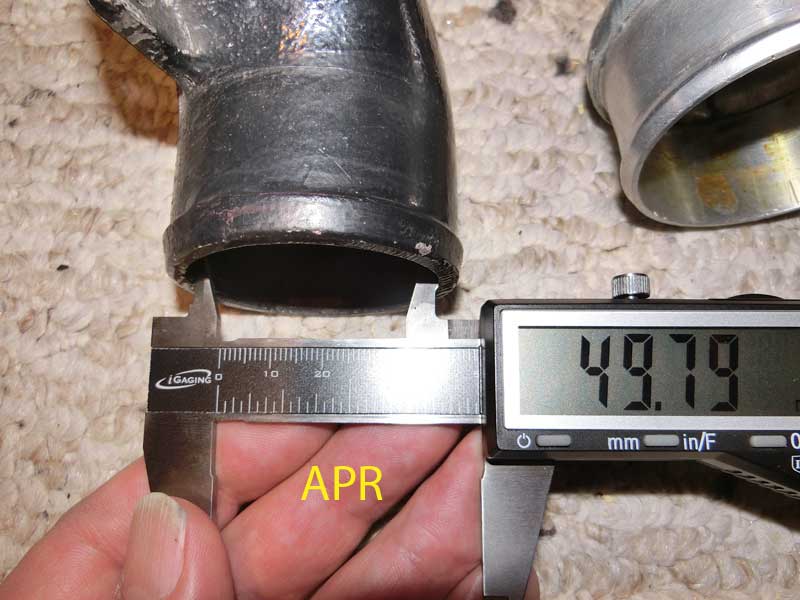 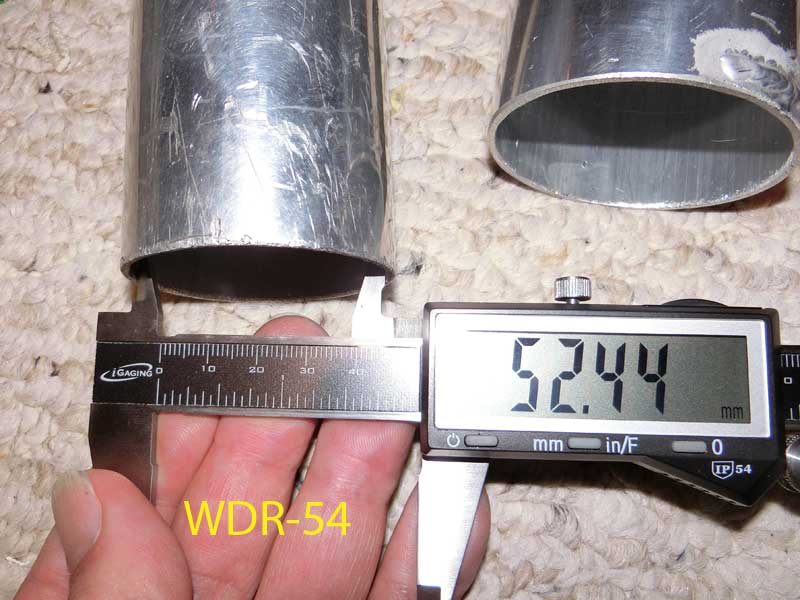 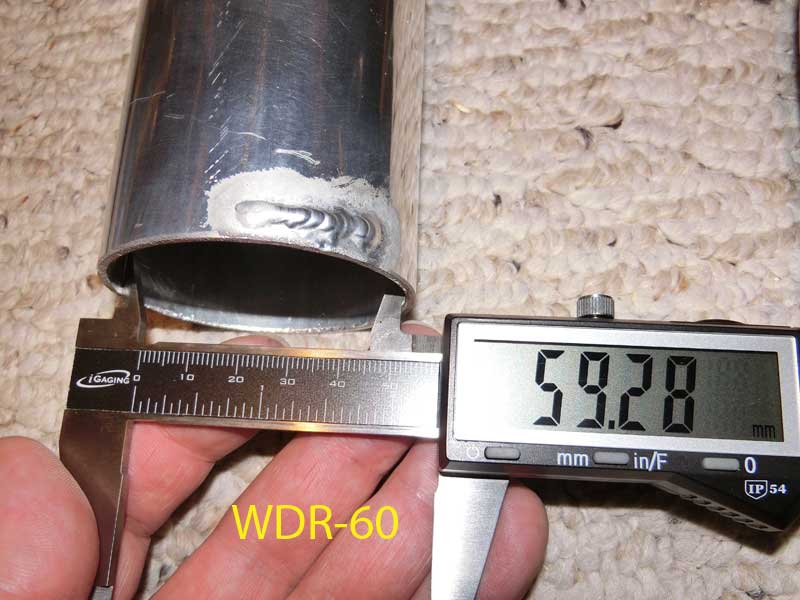 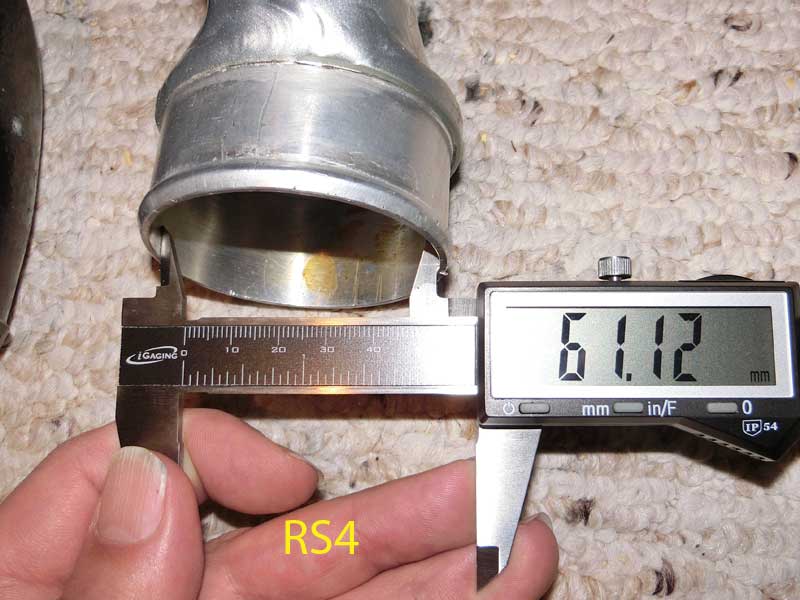 Then it was on to the flow bench:

A comparison of the results is shown below:

Some comments on these results.

Below is the percentage increase in airflow that is gained from using the alternative bipipes. 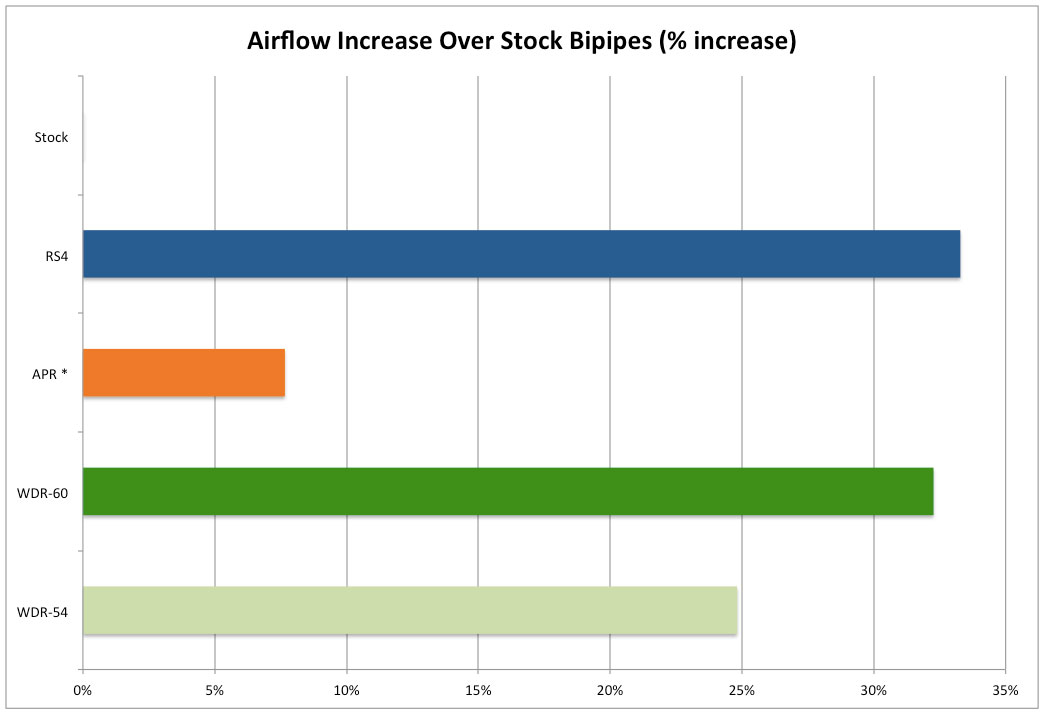 In terms of airflow performance White Dog Racing has debuted an impressive product that gives a solid alternative to the hard to find RS4 components and a substantial improvement over stock parts.