ECS Tuning markets and sells to the public a product for the Audi B5 S4 called the “Performance Intake Manifold Gasket” that is manufactured by NewSouth Performance.

ECS Tuning describes the benefit of purchasing this product as follows:

To help minimize the chance of underhood temperatures directly affecting the temperature readings the probe and intake manifold were covered with a patch of insulating material.  The insulating material has an aluminum sheet on either side of a foam core and is designed to insulate pipes.

Shown below is the probe after covering it with the insulating material. 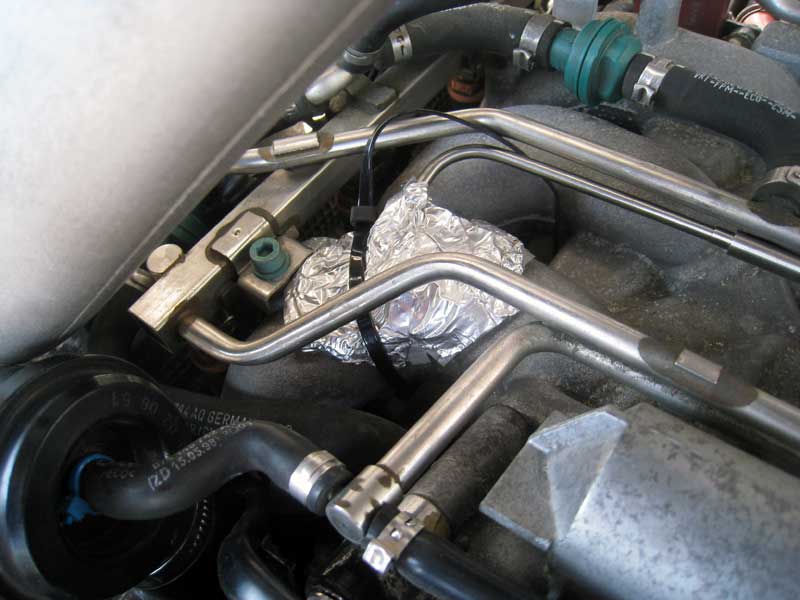 The temperature readings were logged via the Auber instruments digital thermometer gauge with analog passthrough to an Innovate LMA-3 Aux Box.

To get an idea of how the intake manifold temperature changed during normal driving I logged the car several times over the course of a week.  Two of these sessions are shown below (drive duration is shown in seconds):

The chart above shows a drive that was made after the car had sat overnight.

The chart below is about 8 hours after the morning drive, the ambient temperature was higher, and there was residual heat in the engine compartment. 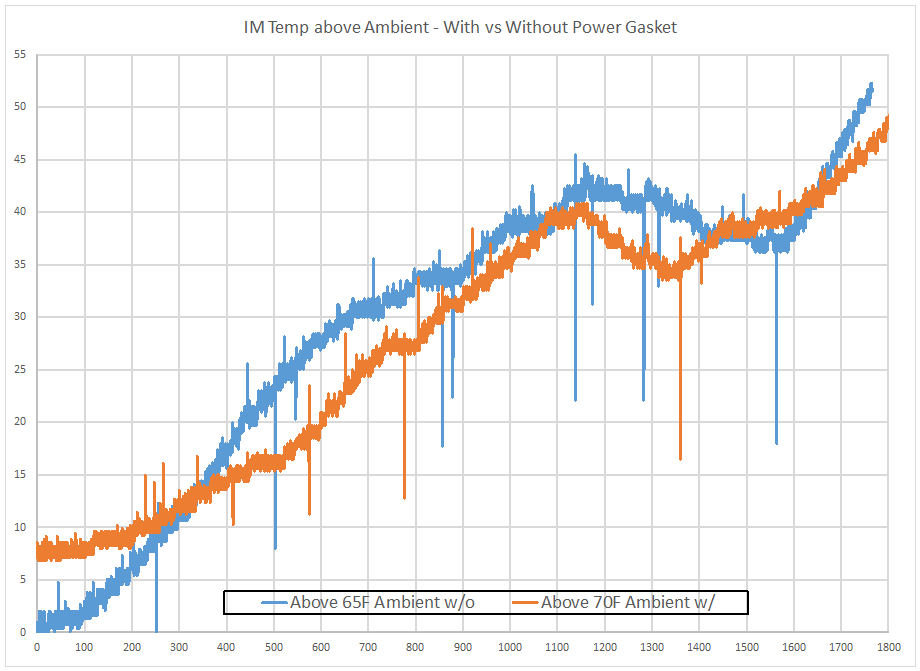 The initial results did not show much difference to those without the spacer in place.

To get a better comparison of how the Performance Gasket affected the temperature of the intake manifold I drove the car two additional times the following day.  The results compared to all of the baseline data is shown below.

There does not appear to be a 30 to 50 degree Fahrenheit difference in the temperature of the Intake manifold between using the Power Gasket and not using it.  On my S4, and under the conditions I evaluated, the vendor performance claim that the Intake Manifold will be 30-50F cooler has not been met.

The additional claim, that intake air temperatures will decrease by 20-30 degrees Fahrenheit, while not measured directly seems unlikely to be met.  The mechanism for cooling the intake air is supposed to be the cooler intake manifold, but because the intake manifold is not appreciably cooler, if at all, when the Power Gasket is installed, there is little hope that the use of the Power Gasket will result in cooler intake air temperatures.