I bought this as a precautionary move while I was doing a TIP to 6MT swap on my car.  I figured it may be a bit more robust than the stock slave cylinder and the stainless steel clutch line might have a firmer feel than the OEM line.  Sounds like I bought into the marketing hype hook, line, and sinker? 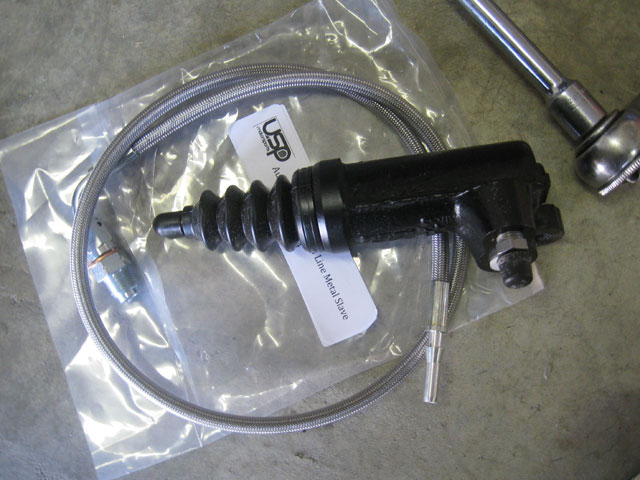 I made the swap while the motor and transmission were out of the car so this was an uneventful swapping of slave cylinders.  I also replaced the clutch line with the motor removed but did so while the brake booster and master cylinder were also removed for the TIP to 6MT conversion.

I was thankful for doing the job with these parts removed because of the way that the clutch line is routed it would be an immense PITA to try and swap the lines with the motor and transmission in the car. 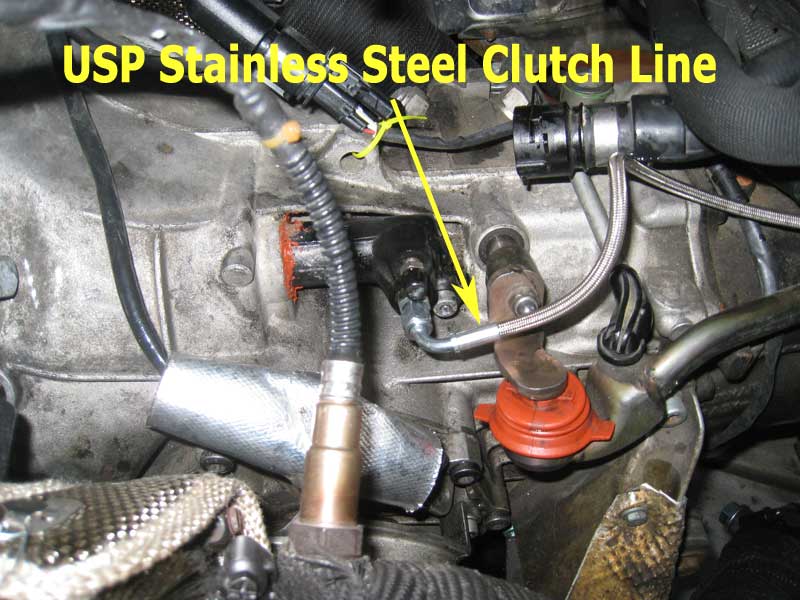 After installing the slave cylinder and stainless steel line my first impressions of the parts were not positive.  The slave cylinder did not completely fill the hole in the transmission housing and I was concerned about debris entering the transmission.  I used some red RTV to fill in the gap which was a trivial process, but not something I had expected to need to do.

The next discovery was the need to try and coil the stainless steel clutch line so that it did not come into contact with any other parts. This would not have been much of a concern except that I had filled the brake fluid reservoir and when the AN fitting comes off the slave cylinder there is no supplied cap to plug it with.  Later I went and ordered a -3AN plug to seal the end of the line, but until I got that part the line was pissing fluid while I tried to manipulate it into position.

Having the AN fitting on the end of the line also means that when normally removing or attaching the line to the slave cylinder, which is what I do when I pull the motor out, that while the AN fitting is being loosed and removed or tightened up, it is leaking fluid.  I found the stock setup to be much less messy since it quickly clips into place.

After getting the system bled and out driving I have not noticed any difference in feel versus the stock clutch line and slave cylinder.

I doubt I’d do this modification again knowing what I know now.  I haven’t realized any tangible benefit from the parts and removal and install of the clutch line to the slave cylinder is now more of a pain than it was with the stock setup.

One upside to the USP setup is that after reattaching the line to the slave cylinder bleeding the clutch is much faster.  In fact during the most recent times that I have removed the motor and transmission I did not have to bleed the slave cylinder after reinstalling the motor and transmission.  This is a huge benefit over the stock line that always requires bleeding and is a pain in the ass to access the bleeder screw on.