If you read some of the comments on the car forums about doing the TIP swap you possibly could come to the conclusion that it is only slightly more involved than changing the S4’s oil filter.  As I am now at the shakedown phase of one of these projects it seems like the list of items for correction continues to grow.

After taking care of the coolant leak I was finally ready to fire it up.  Too bad the S4 wasn’t as ready to be fired up.  Getting the Software reprogramming done was the first hurdle.  More on that later, but in the end I took the nuclear option and swapped out the ABS module and used Nefmoto to completely write over the ECU program.

With power to the car I was hearing an odd mechanical sound that had a consistent rhythm to it.  It took a few moments but I realized that the windshield wiper stalk had been bumped up and the motors were operating, minus the wipers and arms.  Now, a couple of days later I’ve found that the wiper doesn’t want to work, nor do the directional signals, though when I activate the hazard flasher all the light outside and inside function.

I’m getting an ABS/Brake fault code, implausible signal.  Finally, one of the most vexing problems, the wiring for the Clutch Pedal Position sensor.  I was following the TIP -> 6spd wiki for the project but when I got to the wire portion I discovered that the 6spd harness I was going to use did not have a blue connector on it which the Wiki guide refers to.  I went with plan B, a second write-up where one of the TIP car’s wires from the transmission is spliced into.  Problem is, the car won’t turn over.  The 12V that are supposed to go to the starter aren’t.  I can jump directly from the battery to the starter and get the car to start (hooray!) but using the key is not working.  Of course now would be the time that my Bentley manual would crap out so I don’t have it to use, but even with the wiring diagram I am basically on my own to try and figure out how to wire up the car since neither of the DIY options is working for me.

By the way, there is a free Bentley eBahn reader and content update available if you have a licensed copy.  I believe this was the first time I had ever gone to the Bentley website so who knows how long this update has been available and I’ve happily been tooling along with the older version of the software.

During the process of putting parts back onto the car I reached a point where I was able to refill the coolant system.  With everything that had been taken apart and put back togegther I decided to take it slow refilling the coolant so that in the event of a leak occuring I would not have to try and collect the entire quantity of coolant.

Refilling was going pretty well but at what seemed about the halfway point I noticed a dropping starting to show near the front on the passenger side, nearby where the lower hose is to the radiator.  I poked my head underneath to see where it was coming from and saw that it was dropping down off of the alternator.  Not the radiator hose, more likely the thermostat housing or the water pump.  I was hoping for just a loose bolt since anything else would mean taking the timing belt off.

So I drained the coolant and took back off all of the components that had been installed up to the point that I had access to the thermostat housing.  I could now see that the leak was from the thermostat housing and not the water pump, that was good news.  The bad news was that all of the bolts were tight, so that wasn’t the problem, the timing belt was going to have to come off.  After getting the belt off a removing the thermostat cover I observed what looked like the o-ring not shaped as I’d suspect, I immediately concluded that I must have been careless putting the o-ring in and it was allowing the coolant to leak.  I careful put the the o-ring in place and put the thermostat and housing back on.  Buttoned things back up but took care only to do the minimum necessary to get another coolant check.

I started filling the coolant once more and again I had a leak dripping down at the same location as before.  Now I was thinking that maybe the plastic thermostat housing was damaged and decided that this time I would swap on the metal housing from my other motor.  So I pulled the front end apart once more, mind you it may sound like this was done quickly but taking care to drain the coolant and remove everything was taking a few hours each time, I wasn’t anxious to rush installing the timing belt, since I’d possibly managed to mess up installing the thermostat I was worried about being less than diligent about the timing belt and screwing it up.

This time when I got the thermostat housing off I looked carefully but could not find any obvious sign for what I’d done wrong or damage.  As I was looking at the parts it occurred to me that perhaps the o-ring was supposed to go on the outside of the thermostat.  I looked at the DIY guide that I was following and saw that it only said to put the thermostat and o-ring back onto the car.  I found another DIY guide and it too just said to put the parts back.  A while back I had purchased the JHM Timing Belt DIY DVD so I searched around and found it.  While watching the section that showed removing the o-ring I saw that the part was supposed to be on the outside of the thermostat, and I’d been putting it on the inside, doh!  So once more I put the thermostat back on, properly this time, and did the whole timing belt put all the parts back onto the car bit, and then I started filling the coolant for a third time.

Finally I was getting the system filled and it wasn’t leaking, that is until I started putting more fluid than I had before.  Now I was getting a leak from the backside of the engine, drivers side.  Aargh.  This was probably coming from the coolant hose that connects to the hard pipe at the back of the motor, I felt around behind the engine and sure enough I had either failed to connect it, or hadn’t connected it all the way, because it was leaking the fluid.  I pushed it on and got the reassuring click as it locked into place and the leaking stopped.

Some more coolant was added with no more signs of leakage.  Hopefully with the first long engine run when the system is pressurized no new leaks will appear.

This item came in today for flow testing:

A couple of more pictures: 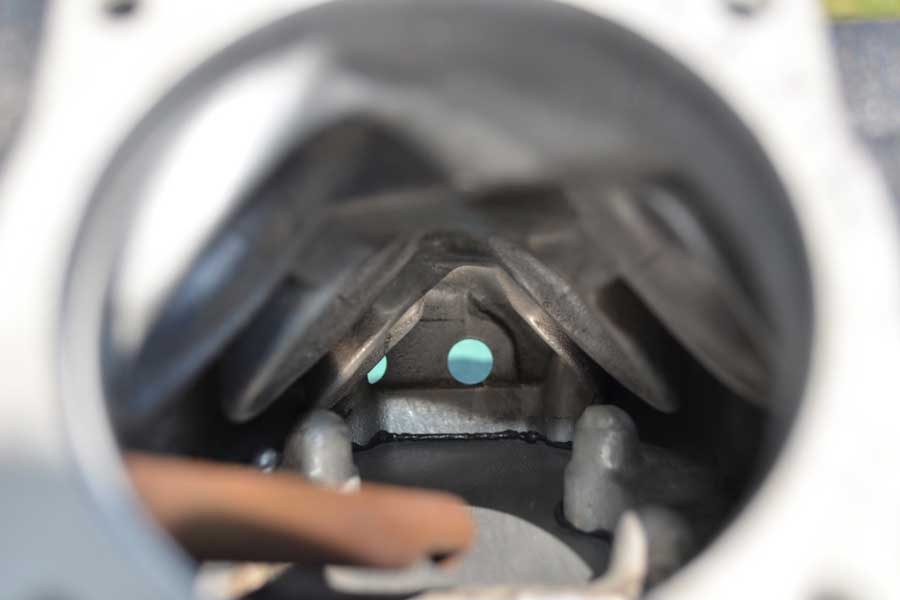 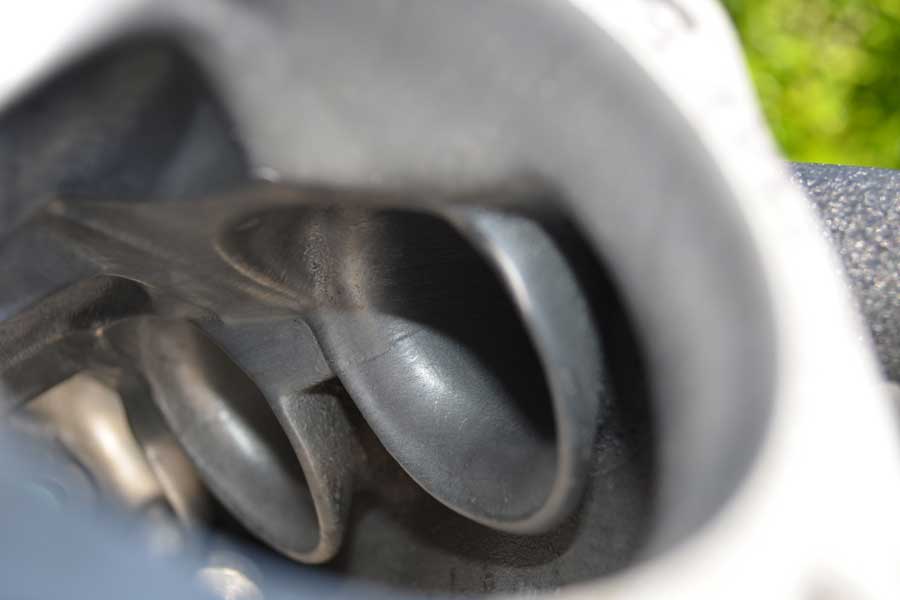 This is an otherwise stock intake manifold, it will be interesting to see how it compares with the other 2.7T B5 intake manifolds that have been flow tested.