I liked my worn Silver Alcantara insert seats; enough to give up the all leather, black, heated seats that had 60,000 less miles of wear on them to get the Silver inserts back into the car.  Fortuitously there was an S4 owner nearby who was looking for a good condition interior, so we met up and did a swap.  Out with the black leather and accompanying door cards and in with the Silver Alcantara and aluminum belt-line trim.  I still need to swap the trim from the front dash, but the interior swap is 95% complete. 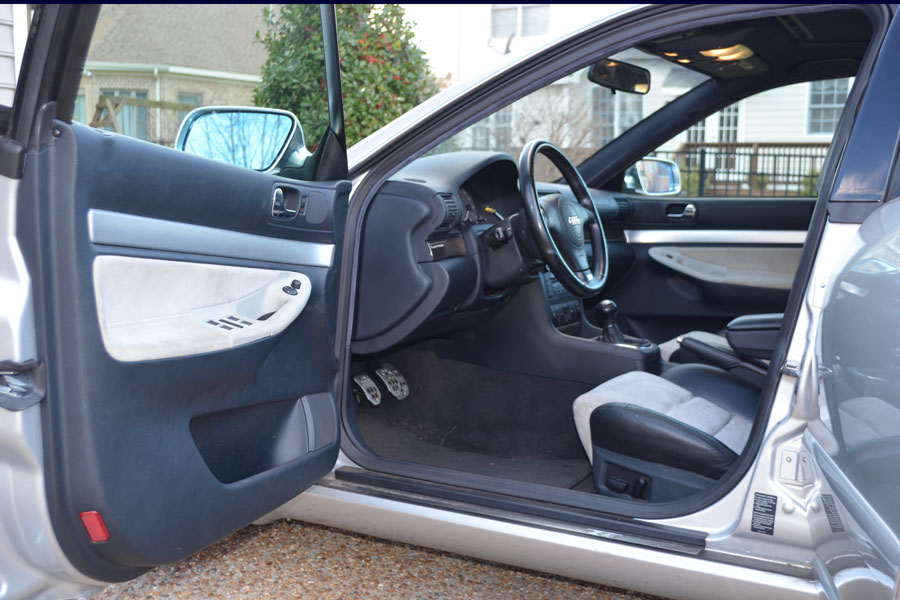 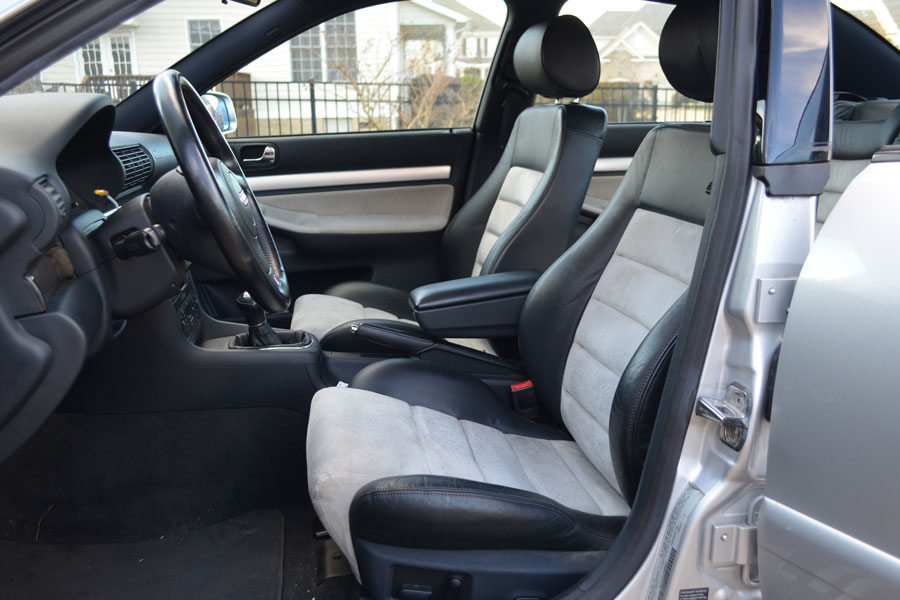 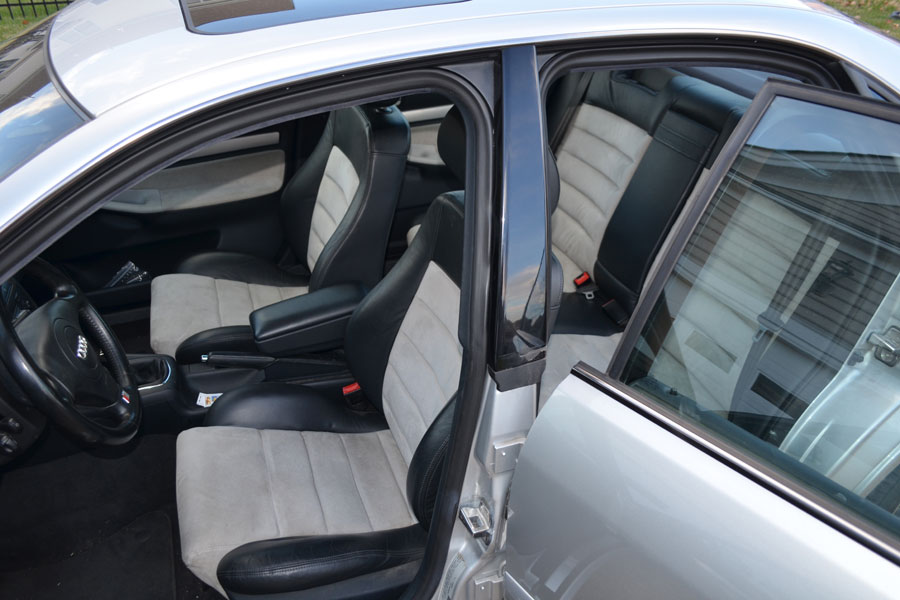 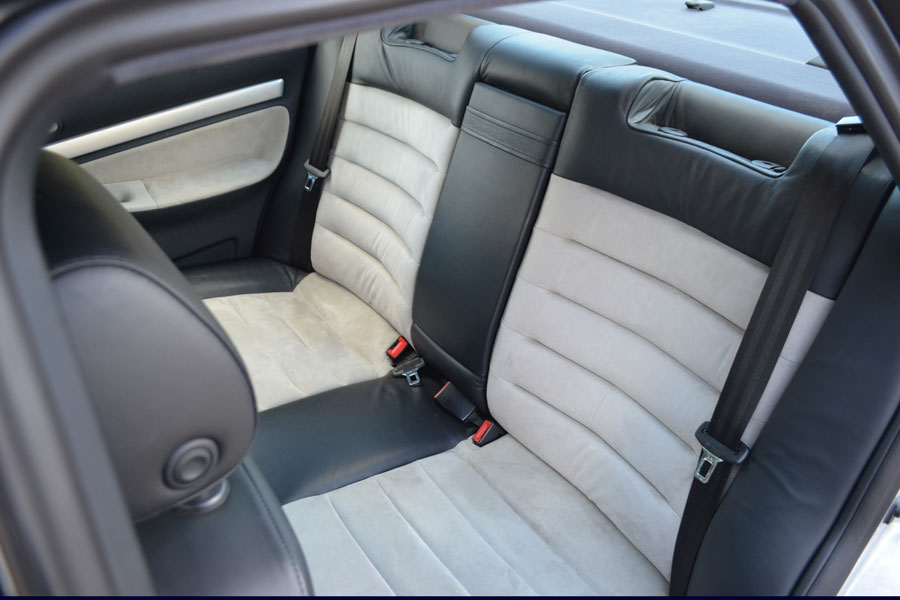 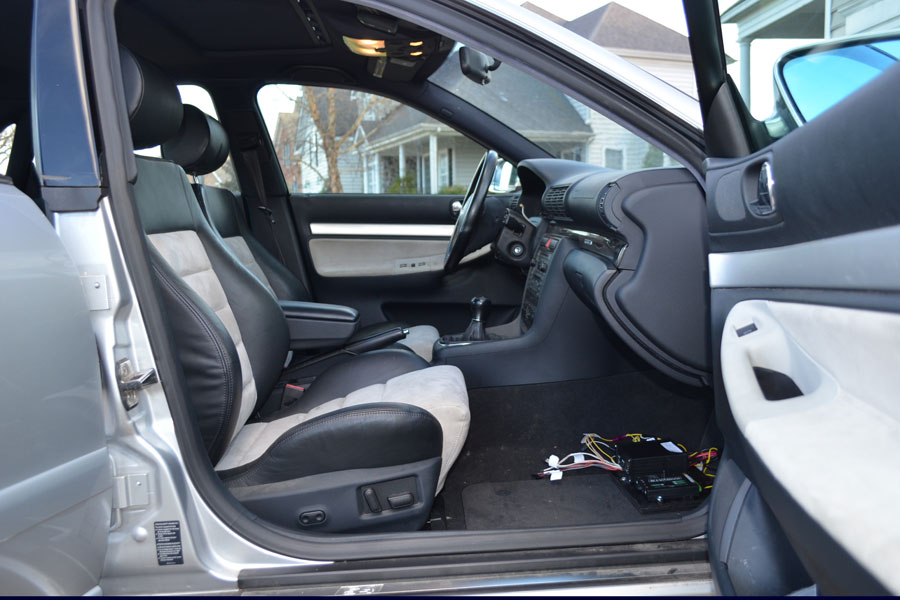 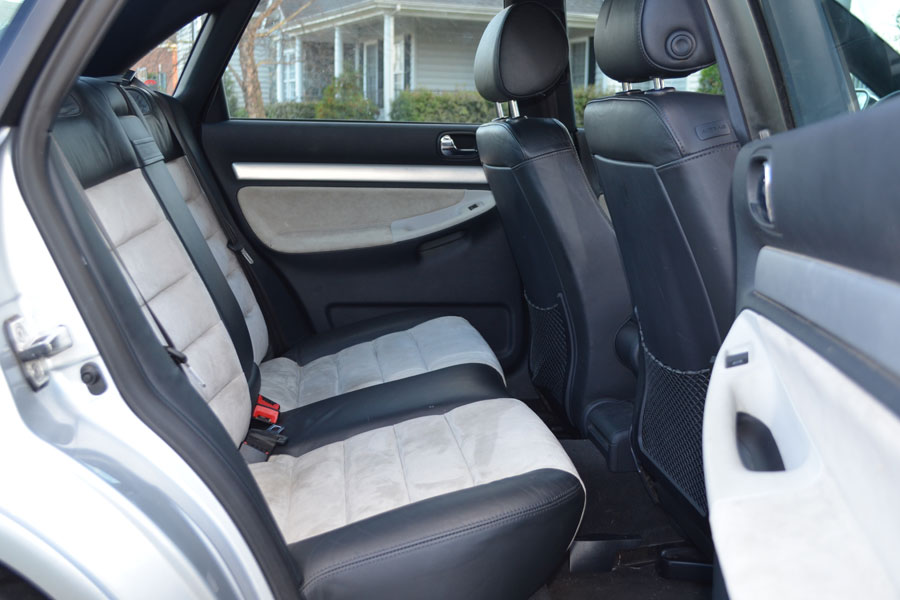 The way I see it, there are a mixed bag of reviews floating around about the success of using a single piece driveshaft, some cars seem to be fine, others experience a vibration.  Given the cost premium and potential for problem I would never recommend a person purchase a single piece driveshaft for use on their S4 if they have the option of going with the tried and true OEM 2 piece unit.

At this point I’m not sure what will happen with this Driveshaft Shop one piece driveshaft.  I expect it will be sent back to the driveshaft shop for evaluation.  If it is determined that this driveshaft has a defect that could alter my opinion of the single piece.  If and when the driveshaft I have is analyzed I’ll post the results as an update.

I finally got the car transported over to a shop, Racewerks in Virginia Beach, that does alignments.  They’d aligned the car before when it was Santorin, had the KW V3’s, and stock upper control arms.  I was now having it aligned with Stern adjustable upper control arms and I was interested in seeing how the alignment changed with the new UCA’s.  On alignment number one I took the data sheet home and compared it to the previous alignment, huh there was quite a bit more camber this time, an amount that Stasis considered only suited for at the track.  My first thought was that maybe the shop had mistakenly felt that I wanted a super aggressive setup, after calling them and raising my concern I learned that there were two people doing the alignment on my car, and the mechanic who was doing the front was a new guy who didn’t realize that the uppers were adjustable.

Back to the shop the car went.  This time I got a call informing me that they couldn’t get the adjustable upper control arms to adjust.  They said they were going to take the arms off and see what they could do.  Long story short, look up galvanic corrosion, that’s what the culprit was.  The adjustment nut was seized up.  They did their best to get some semblance of an alignment made, but without being able to adjust the UCA’s the alignment was not where it should be.  I purchased the UCA’s used, though they looked to be in like new shape the metal and aluminum in contact had frozen together.  I figured there was nothing much I could do with these, but when the people at PureMS learned of my problem they offered to rebuild them for the cost of parts.  Big thumbs up for PureMS since there was no responsibility for them to service a Stern part that somebody had purchased used.

Now I need to find the time to pull the UCA’s off to send to PureMS, then once they are fixed it will be back to the shop hopefully for the last alignment for a while.