The shift knob was not a component I would have figured I’d be looking to replace, but over time the stock shift knob has grown looser and I regularly find the shift pattern rotated out of position.  This is a minor annoyance, but something I wanted to correct.  With the need to be able to remove the shift knob, as part of the engine pull process, doing something like gluing the knob in place was not a good option.

I’ve seen a couple of shift knobs for the S4 but they appeared to primarily be of the screw-on type.

The Black Forest Industries shift knobs are something I have been aware of, but had little interest in previously, but the locking screws that they use appeal to my need for something that would stay in place.

At a buck and a half for a shift knob ($154.99) the BFI product is absurdly over-priced for what it does, but I haven’t bought anything recently for the S4 so I was willing to spend an embarrassing amount of money for the “SCHWARZ – Air Leather” model.

I wanted to keep the shift pattern on the “coin”, so I threw even more money BFI’s way and paid the $9.99 extra for the 6-speed gate pattern.

A few short days later the inconspicuous box arrived from BFI.   Unfortunately, being an inconspicuous box meant whoever received it would open it.  Worse than having a frivolous car part arrive, the invoice was right there in the plain view.  Thus my first experience with the BFI shift knob was a resigned look of amusement from my significant other and a dead pan “Really, a $175 shift knob?” 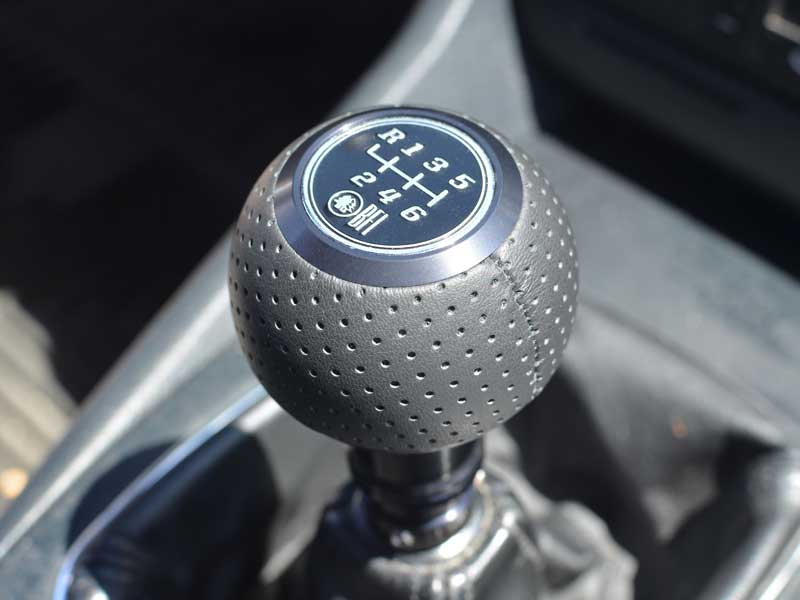 With that introduction to the household the BFI shift knob has some performing to do.  So what does BFI say about the product?

On point number one about feeling like butter, nope, it’s different from the stock shift knob for sure, but different is not the same as better, in this case it is just different.  No worse, no better, simply a different feel.

Speeding up the shifting process?  Again, without instrumenting the shift mechanism I don’t know how determining this result would be performed.  I have not found that my S4’s shifting is perceptibly any faster following the change to the BFI Heavy Weight Shift Knob.

As for “visually leaves nothing to be desired”; I desire to have the set screws anodized in the same black color as the shift knob so that the three chrome set screws at the base don’t look like the electrodes sticking out of Frankenstein’s neck.

Finally, BFI, I am telling you that after driving about two weeks with this part on a daily commute in city traffic, the claims you are making are a lot of hype for this shift knob.

I like the BFI Weighted Shift Knob that I have in my S4.

It looks nice and it stays in place.  It doesn’t change shift performance one iota, nor is it butter in my hands, but it does what I purchased it for and thus solves a problem my car had.  It is way overpriced for a shift knob, but these days there aren’t many businesses making aftermarket parts for the B5 S4 so I don’t mind helping to keep them in business.