This is one of those modifications that I figure may or may not help but is inexpensive enough that I might as well give it a try.

I was mainly interested in acquiring something that would be good value and not terribly difficult to install in the car.  By install I mean to find a place in the cramped engine compartment where it would fit.

Catch cans run the gamut from some DIY efforts that appear to use nothing more than a beer can and some steel wool to custom built setups costing hundreds of dollars.  Of the plethora of options I seriously considered the following:

Because I’m not convinced my setup needs the catch can I decided to go with the least cost option and acquired the Steeda Oil Separator.

The unit has not been in use long enough to assess how well it works, but after about a hundred miles I don’t have any problems to report.

There are a few features about the product that I like.  First is the size, it is rather small, making it easy to fit in the engine compartment.  Because the housing is glass the level of oil can be seen whenever I care to check on it without much effort.  The button to drain any oil out is a simple press pin which is quick and easy to operate.  Lastly the mounting plate that it came with has bolt holes placed such that the unit will sit over a tab on a component frame in the engine compartment and remain in place, but can quickly be raised out for inspection or to move it out of the way for work. 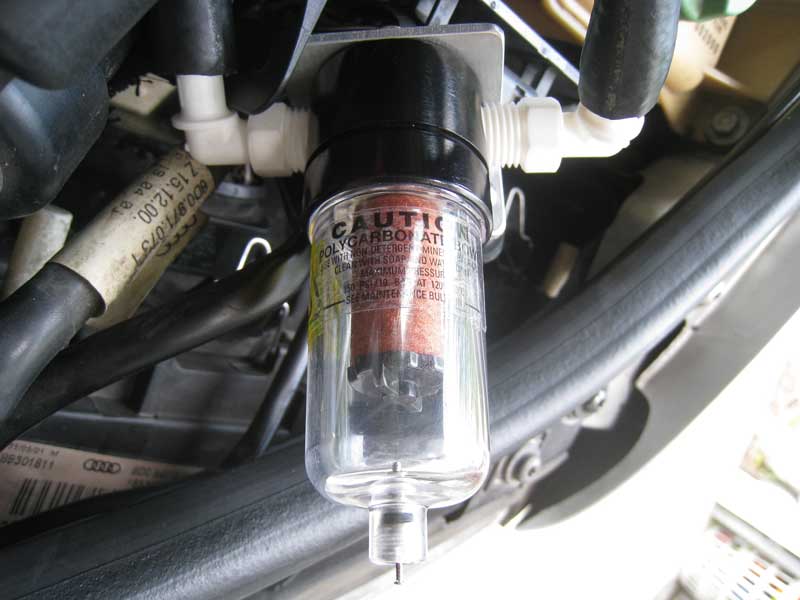 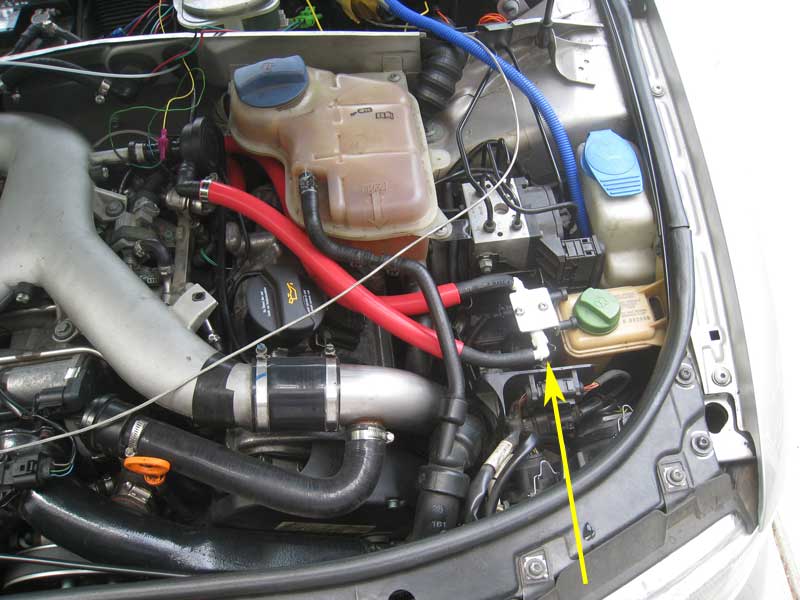