Thanks to Beeman’S4 for supplying a set of IPP intercoolers for testing.  They were sent in separate boxes and I’m still waiting the second packages arrival.  In the meantime, here are the results for the passenger side core. 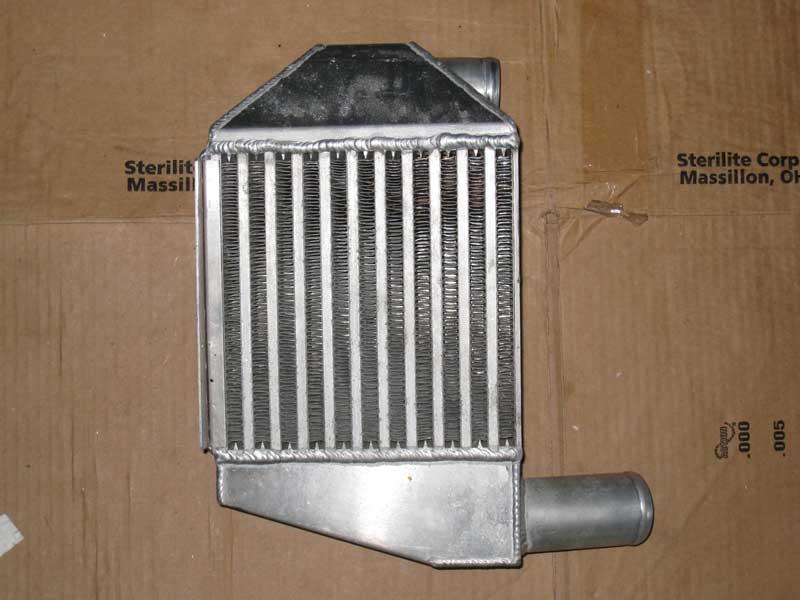 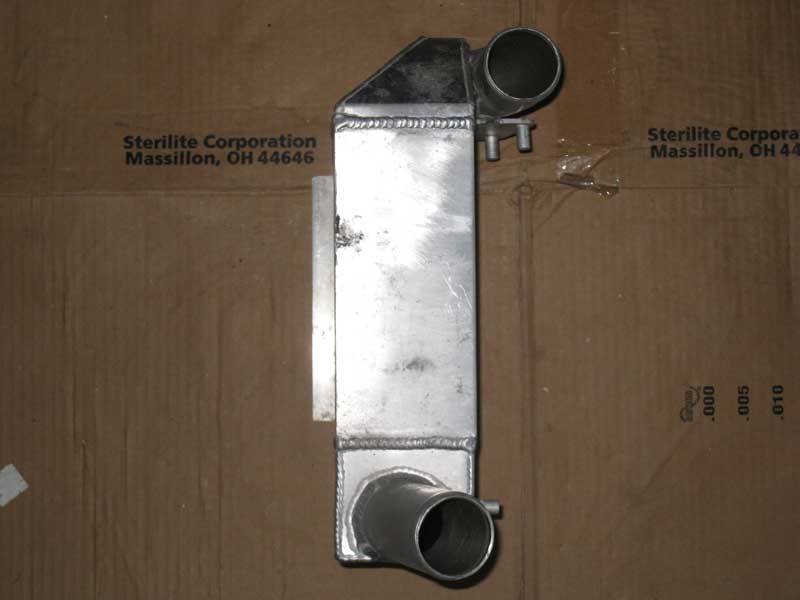 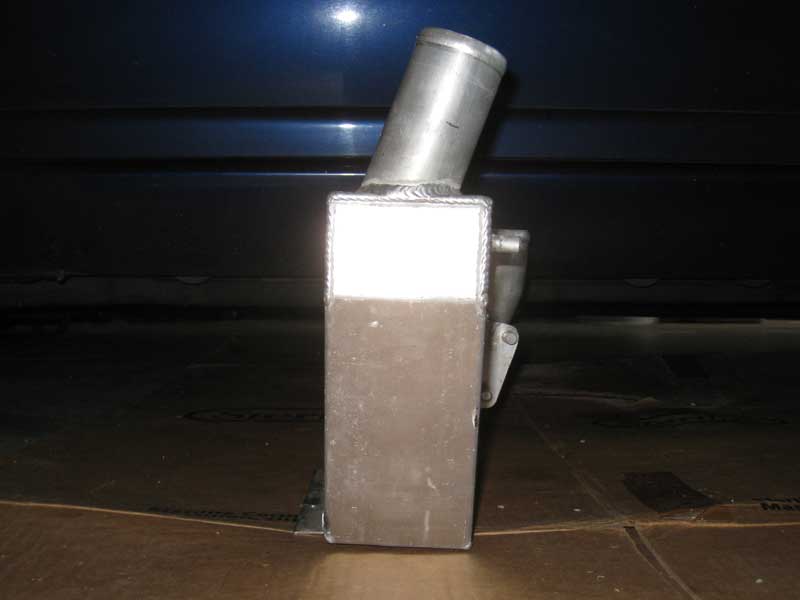 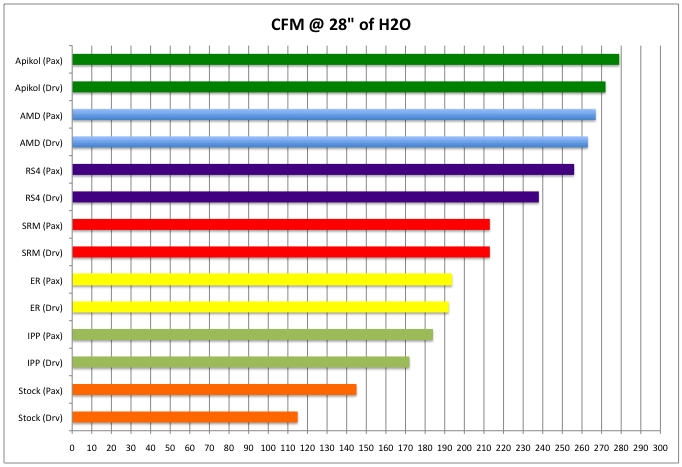 The amount of difference in airflow between the driver’s side and passenger side is similar to what was seen with the stock intercoolers, which interestingly are the only other intercooler that have been tested so far with a similar endtank design.  My guess at this point is that the lower endtank on the driver’s side is causing additional pressure losses.  It will be interesting to see if the Wagner S4 and AWE intercoolers have a similar drop between the two sides.

In the interest of trying to show both sides of the story I’m including a scatter plot of intake air temperature rise over a FATS pull versus the CFM of airflow recorded at 28″ of H2O.  The IAT rise data is generated from K04 equipped cars without supplemental cooling such as water/methanol injection.

This temperature data is subject to a number of influences and so should merely being taken as a ballpark figure of about where a particular intercooler would place on this chart.

The intercoolers with symbols that are unfilled circles are brands that I don’t have decent temperature data for, so I am placing them on the 20 degree F line until I have a better temperature to use.

To reemphasize, the point of the chart is to illustrate that both temperature and pressure should be evaluated when judging the suitability of an intercooler for a particular use, not to show exactly where each of these intercooler options will perform. 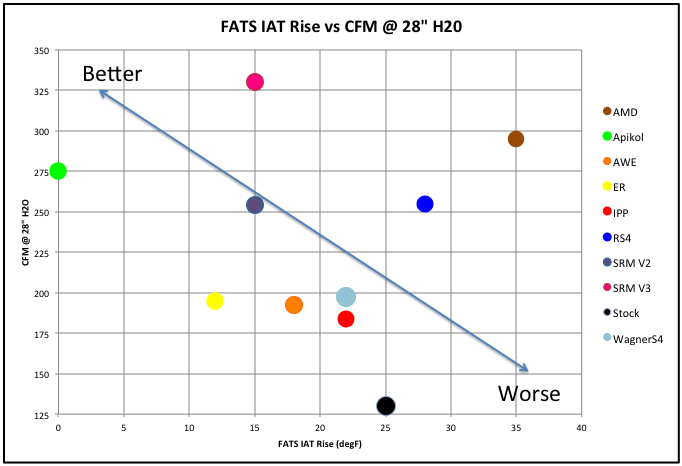