After numerous failed efforts over the years to get a hold of a Front Mount Intercooler for flow testing, White Dog Racing sent over their product, which arrived today. 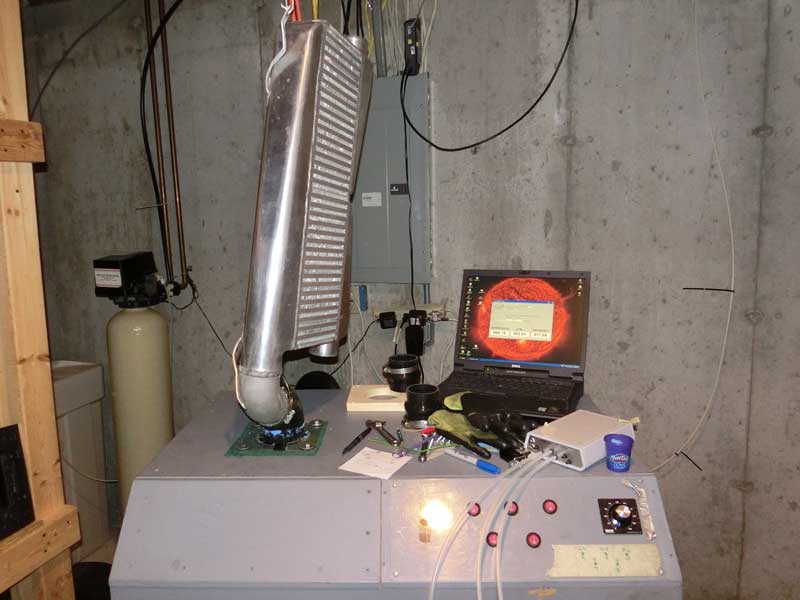 Numerous bungee cords were recruited to hold it above the flow bench for the testing.

The results of the flow test are: 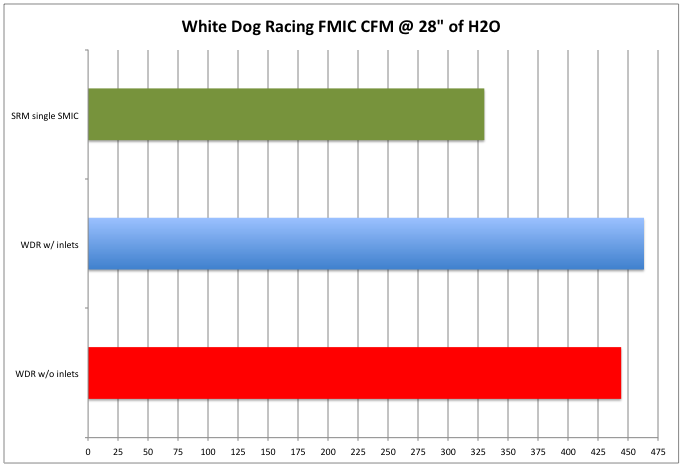 The red bar shows the airflow through the FMIC core without the inlet hump hoses attached.

The pattern when adding the hoses to the inlets has been for the airflow through the core to increase, that was the case with this FMIC as shown by the blue bar

This setup is not very appropriate for comparing with the SMIC’s that I have previously tested since the SMIC’s were tests of a single core, and the SMIC cores were attached straight to the bench, where this FMIC required the elbow silicone coupler to attach to the bench.

The obvious next question after seeing the FMIC result is “how does that compare to the SMIC’s?”  I have included the highest flowing single SMIC that I have tested on the chart, the SRM SMIC, but it should be understood that this comparison between FMIC and SMIC is far from ideal.