As I commenced removal of my fourth corner I figured I had a pretty good system going and should be able to get through this final front end corner on the Silver car in decent time.  I even had confidence about dealing with a possibly troublesome tie-rod end.  I hadn’t bargained on encountering son of tie rod end from hell.  I ran into the same stubborn parts (numbered 1 in the picture) as the first tie-rod end from hell and went for round two with the hacksaw.  After sawing the one end off I proceeded to try and twist the other end (numbered 2 in the picture) out of the inner tie rod and the part would not budge.  Of course this is happening up inside the wheel well behind the upright where there is little room to get a decent size wrench on the parts.  After spending an inordinate amount of time trying different ways to get the tie-rod end to budge I finally was able to get two wrenches in close proximity whereby I could squeeze the two together, and I had the tie-rod end pinned to the upper part of the upright to keep it stationary.  The effort was rewarded by what I thought might have been movement, though I feared the wrench had possibly just slipped and not loosened the parts.  I reset the wrenches and went at it again and sure enough there was some movement, but the part was still fighting.  Almost the entire way out I had to have both wrenches on the parts to get them to move.  Wow, what a pita.  After 10 years of living close to one another those parts did not want to separate. 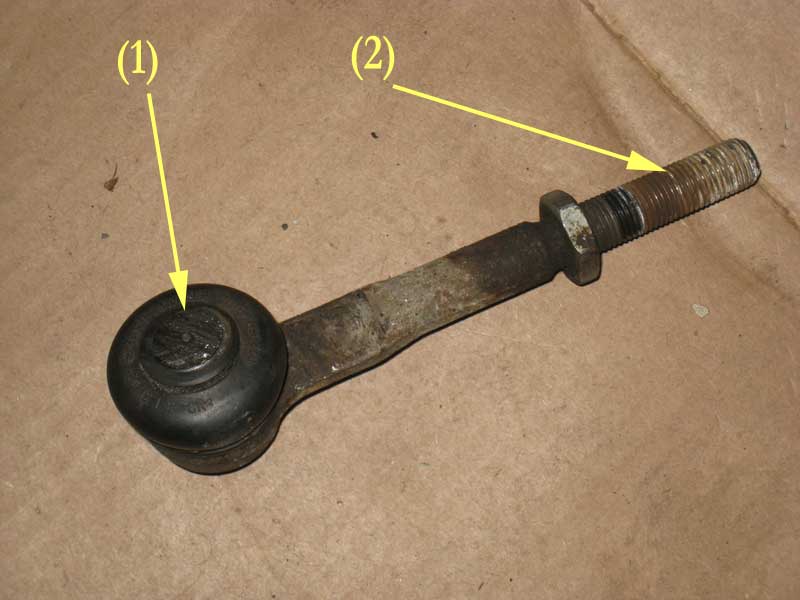 I had found the ABS sensor on the first stock corner to be stuck in place really well, so this time I decided to bypass removing it altogether and simply unclip the electrical line for this part on the Santorin car and bring the whole thing over along with the rest of the Santorin upright and attached parts.  This method worked quite a bit better.  I also was getting a good routine for capping off the brake line and not dripping brake fluid all over the place.  The retaining washer on the alignment pin for the suspension mounting bracket was still a bugger to get off, but at least I was expecting it this time. 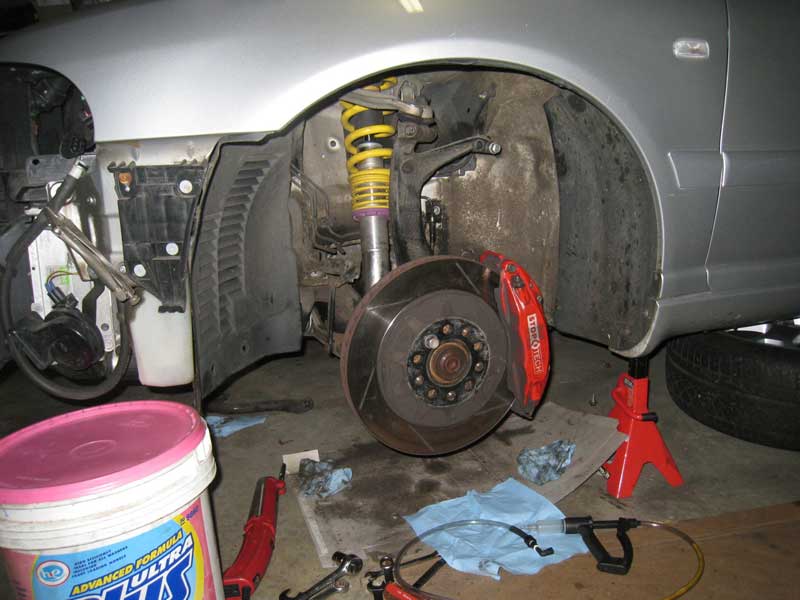