Taking the coilover, control arms, tie-rod end,rotor and caliper off the Santorin car was a bit of a chore because it was the first time I had pulled all of these parts off as a unit.  Doing the same for the Silver car should have been faster, but it wasn’t.  While the Santorin car had spent the duration of its existence in mild climates and garaged, along with having all of those parts replaced at some point in time, the parts on the Silver car had apparently not been touched for ten years. 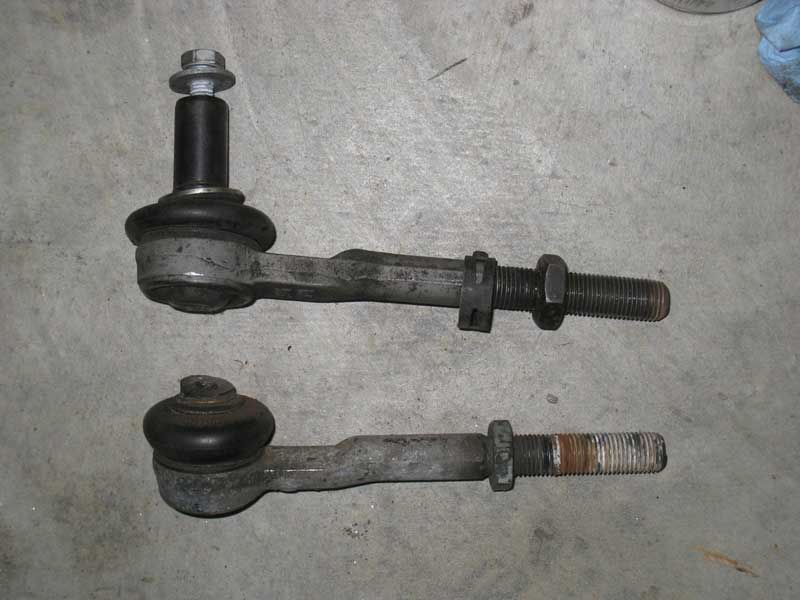 After a while I cut through and was able to proceed on.  The stock components were all unhooked and set to the side.  To my surprise, the stock parts were noticeably heavier than the StopTech Big Brake Kit caliper and rotors.  Quite a bit so, the jumble of parts was a load to move around. 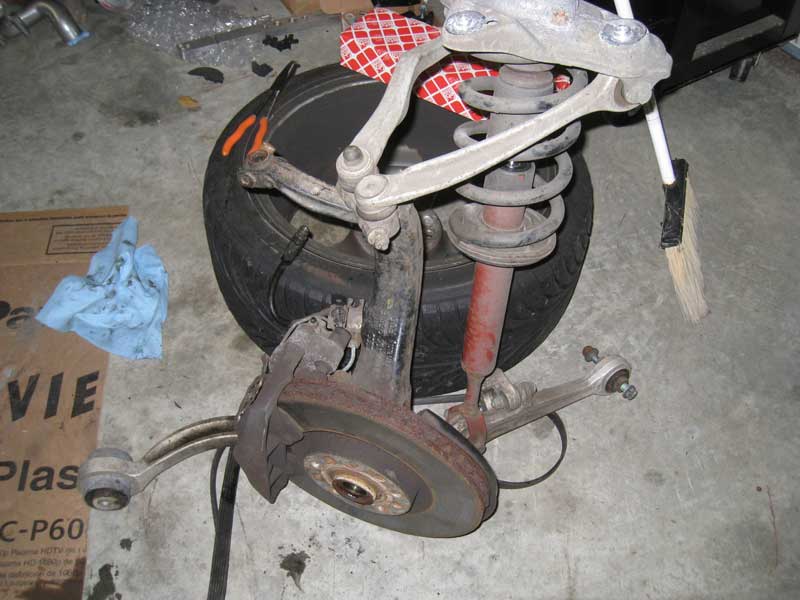 Next I set about getting the aftermarket parts onto the Silver car.  With a little finagling they all went into place and I loosely bolted everything in place. 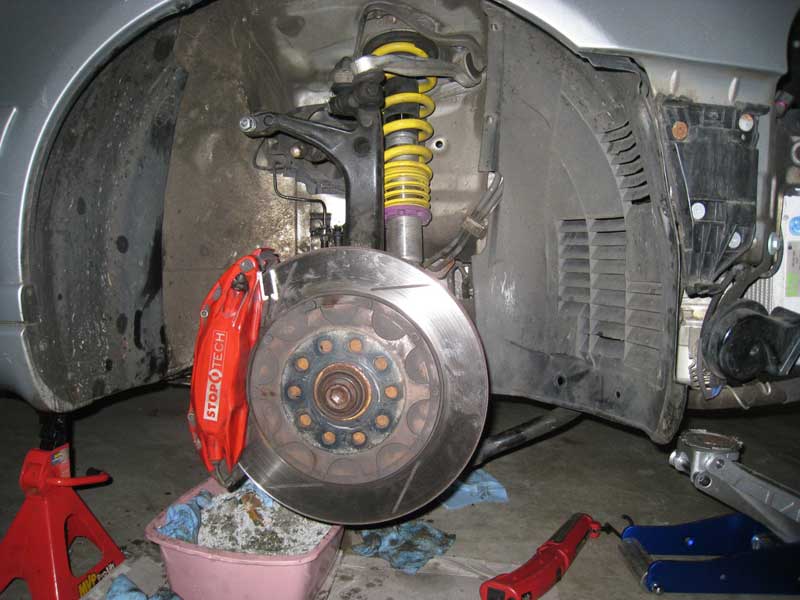 I now need to tighten things down on the Silver car and get about putting the stock components onto the Santorin car so that it can eventually be rolled out of the garage and on to a salvage yard.