With the weather unseasonable warm today there was a great opportunity to back the Silver S4 into the driveway and wash it off.  I had the trickle charger running all night long but it still hadn’t reached the 80% charged point so I was a little worried about getting the car back into the garage after cleaning it off.  It started up pretty easily with the charger still attached and after backing it out of the garage there were no signs of oil dripping.  I did make sure and back it up far enough that if I had to pull the Miata alongside of it to jump start I’d be able to.

The passenger side wheel I’d managed to get off after whacking the inside of the tire with a 2×6.  I put one of my SSR comps on that corner.  I tried the same thing with the driver’s side but to no avail, the wheel would not budge.  The next step will be driving the car (slowly) with the lug bolts loosened and try to get the wheel to break loose.

Here’s the car after washing.  Both tabs on the passenger side headlight were broken so I just took the headlight out.  I also put my old air filter, which looked newer than the one in the Silver S4, into the car and also used the bottom half of my airbox which has the Darintake mod done to it.  Since I had the airbox out I cleaned up the ICM’s and used some dielectric grease on the mounting plate.  I also disassembled the MAF and used MAF cleaner on the sensor. 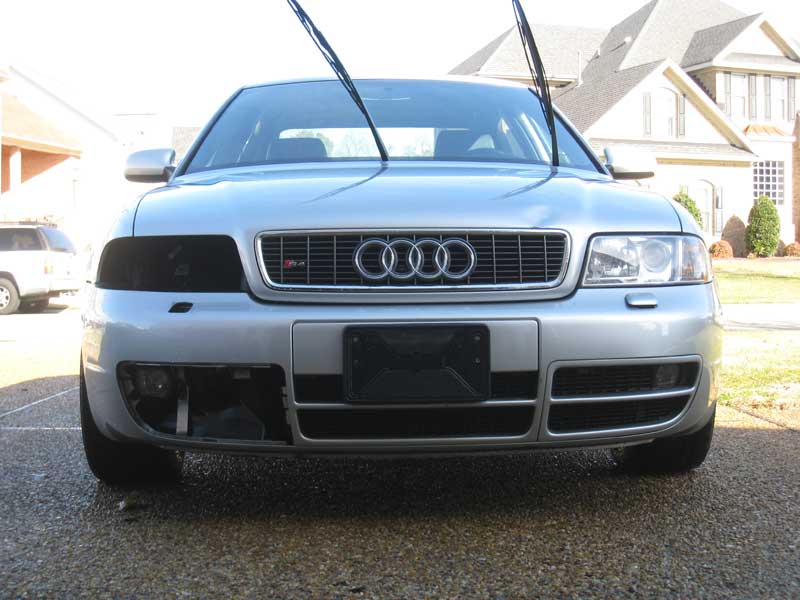 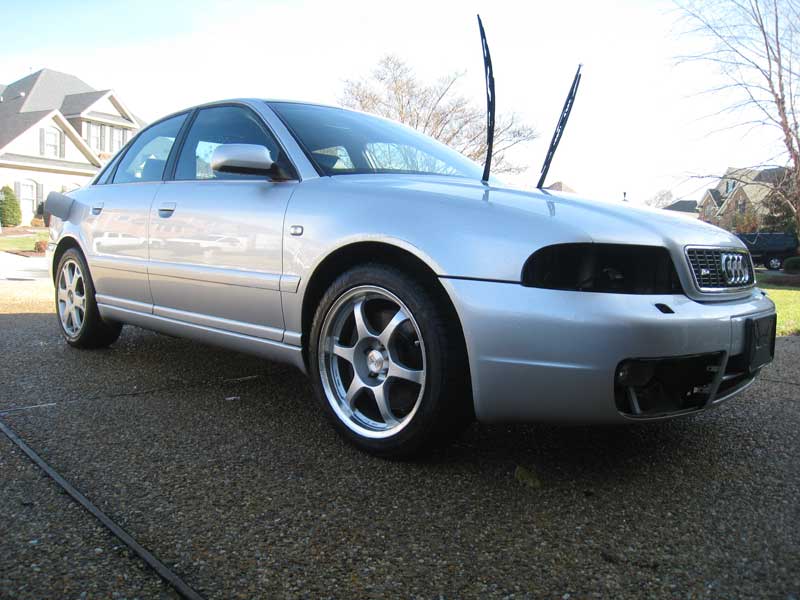 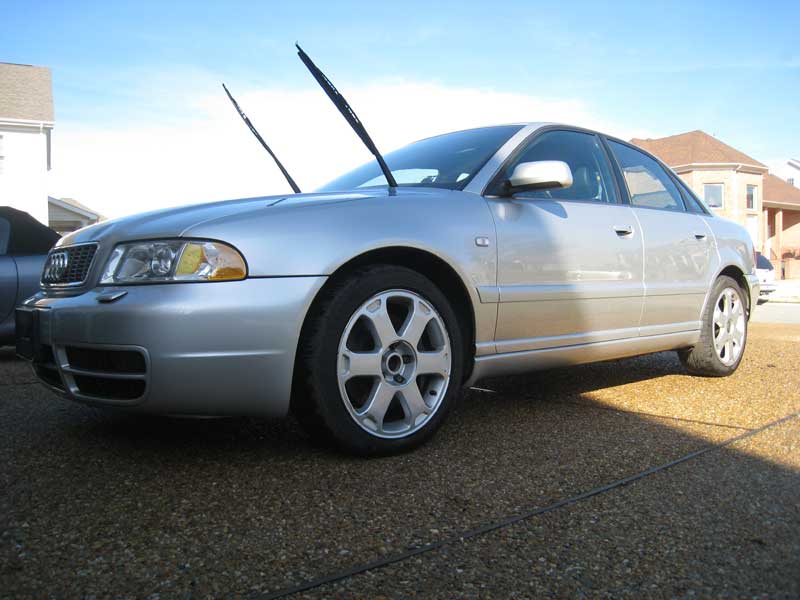