The letter I submitted to my Insurance carrier raising concerns about the quality of the CCC market analysis.

My concern was how the determination had been made that each of these vehicles has Privacy Glass installed. None of the listings for the comparable vehicles provided by CCC makes mention of the vehicles being equipped with Privacy Glass.

When Rebecca from CCC was contacted to help address the concern she stated that CCC looked at the pictures provided with the listings. I asked how they could be sure Privacy Glass was installed on the vehicles when some of the listings did not provide images sufficient to evaluate the window tinting. At that point Rebecca became indignant and stated that if I was concerned about a $70 item they would adjust the valuation upward.

Because Rebecca had done nothing but exacerbate my concern about the care being given to my claim, and because of the inappropriate manner in which she was addressing me, I requested T. remove Rebecca from the conference call.

I reiterated my concerns to T. and pointed to comparable 3 from the CCC Valuescope report as an example. The Listing Description for comparable 3 makes no mention of Privacy Glass or even Tinted Windows. In the Vehicle Modification sidebar of the advertisement Tinted Windows is listed. The listing provides a single photo of the automobile, shown below. 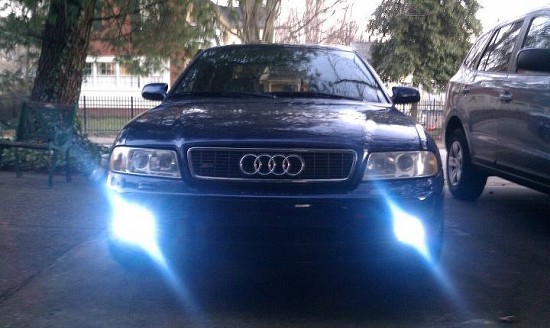 It is quite obvious from looking at the listing photograph of comparable 3 that determining that the vehicle is equipped with Privacy Glass from that image is not possible. If anything, the view through the vehicle and out the back window suggests that if there is tinting on the rear window it is light, as the objects behind the vehicle can easily be seen through the window.

When I pointed these facts out to T. and explained my concern I was assured that CCC’s report was accurate. Being told a report is correct when all evidence suggests contrary is not something that builds my confidence in USAA. When I asked what would be done if it was determined that the vehicle did not have Privacy Glass I was told that speculating about that situation would not be done.

The response from the seller is: “Its 30-35%. Not too dark.” There should be no question that comparable 3 does not have Privacy Glass, contrary to what the CCC Valuescope report states.

My primary concern about the Loss Unit Value being presented to me is the manner in which the value has been arrived at, and specifically about errors that exist in the report. A growing concern is the attitude being taken by USAA employees toward me about my concerns. I have a sense that USAA is more concerned with quickly settling the claim rather than providing a correct value for the loss vehicle.

As I have shown above, the facts make valid my concern about errors in the report. I will provide USAA with a summary of the errors and discrepancies I have found in the CCC report for review.