Click here to go to the beginning of the series.

My fight with the Insurance company was more evenly matched thanks to some internal and external factors.

If you find yourself in a similar situation fighting an insurance company hopefully some of the information I have posted will assist you.

Follow this link to start at the beginning of the series of posts.

Dealing with the Insurance company was an educational experience, frustrating, but fruitful in the end.  When it was over the payout for the damaged Santorin S4 rose from $10,000 to $16,500, a 65% increase from what the insurance company offered me initially.

With the outside involvement over with regards to the Santorin S4 I turned my attention to acquiring a replacement S4.  That effort is documented in the AgS4 posts.

After spending some time dismantling the S4 I decided I would follow the next step in my insurance policy, hiring an independent appraiser to provide a market value of the car that I could submit for mediation.

I found someone local with a good background providing car appraisals and had them come out to look my car parts over, by this stage the car disassembly was moving along.  They informed me that it was common to only receive 25 cents on the dollar for aftermarket parts.  They also said that with the age and scarcity of the S4 that the market value could be all over the place.  They assessed the value at $16,500 which was near the upper end of the possible range they had established.

They told me the next step would be for me to contact the Insurance company to provide them with a copy of the appraisal.  Afterward the Insurance company’s appraiser would likely contact them to see if they could come to an agreement on the value.  They told me it was common for them to merely split the difference between what the two appraisers had reached for a value.

In the meantime the insurance company contacted me to see if I wanted to accept the uncontested amount that they were offering.  That is to say, they would pay the amount they had offered and the difference between that amount and what I wanted for the car would remain up for debate.  I agreed to this and took care of buying the car back at this point.  I made clear with the Insurance company representative that the car was now mine to do with as I wished, upon receiving confirmation I ratcheted up my dismantling efforts. 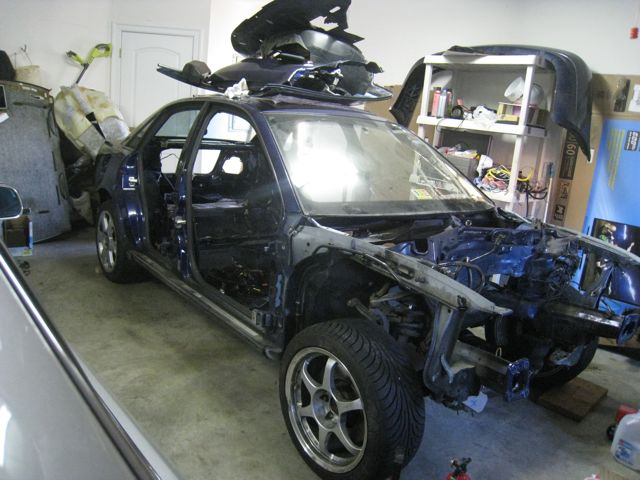 A few days later I was surprised to get a call from the Insurance companies appraiser, they were wanting to come out and do a another appraisal of my S4 (this would be the third that USAA had conducted).  I thought, you have got to be kidding, your company has already sent two appraisers before, and at this point there is not much left on the car to inspect.

The insurance company appraiser suggested that the amount of additional payout may not amount to much because they were finding in their research that the salvage value of my car should have been adjusted higher when the car’s value was adjusted upward following my efforts showing the incorrectly low value assigned by CCC.  They said they were trying harder than the previous appraisers to find salvage yards that would be willing to pay more for my car.

I didn’t care for the attitude from the appraiser, so I started thinking about how I would go about justifying an even higher payout.  If they were going to adjust their amounts after the investigations had been done I would too.

A couple of days later I was contacted by the Insurance claim handler offering to settle the claim for the amount my appraiser had valued the car at, no split the difference, I would receive what my guy felt the car was worth.  My number that I’d hoped to get was $17,000 and they were offering $16,500, I decided to accept and push forward with the business of locating a replacement S4.