I am not a fan of stock downpipes.  The added pain in the ass they create when installing the engine is not welcome. 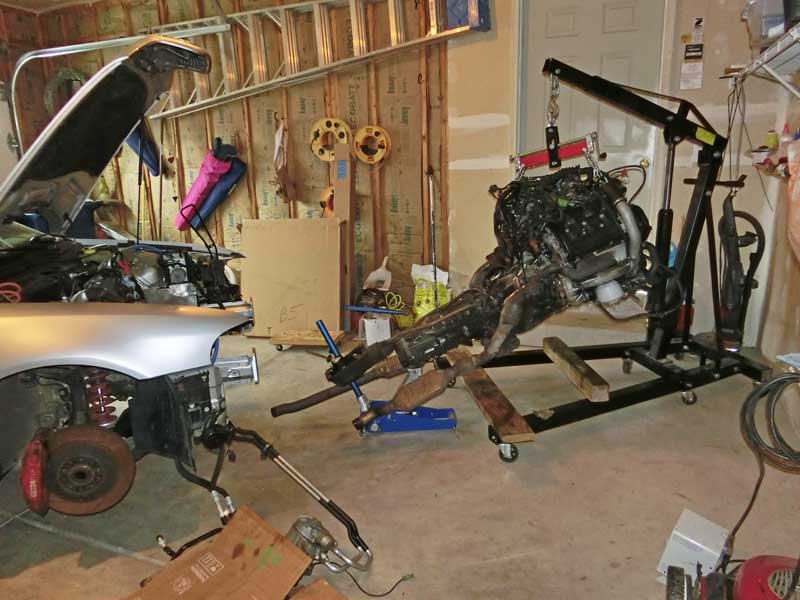 This engine install was also a little trickier on account of the shift rod being a stock length, where I had done the Innovator mod to mine, that is now in the Avant, several years ago cutting it down slightly and re-threading the rod.  That makes putting the transmission back in the tunnel a little easier.

In addition to needing to raise the engine higher with the stock DP’s I have to work around them to reattach the driveshaft and the cover.  Just added difficulty that the ASP downpipes do away with. 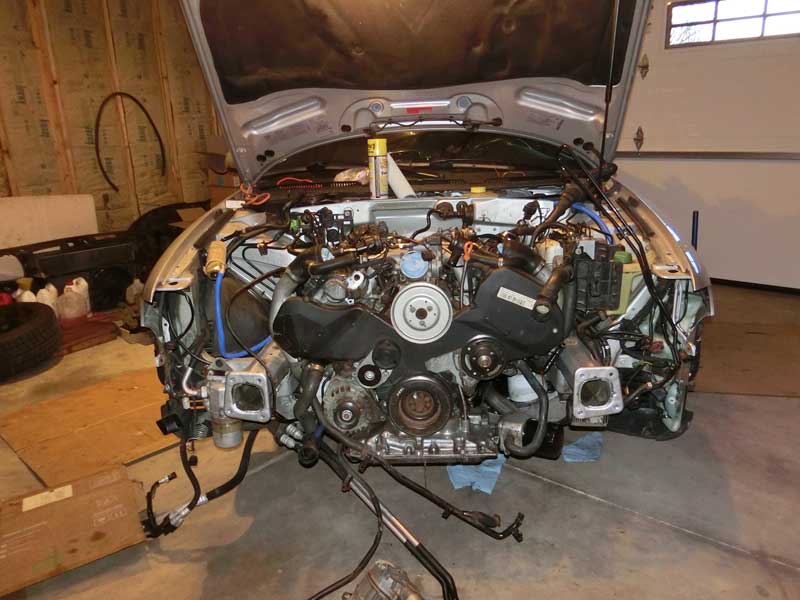 Eventually though I did get the engine back in place.  I called it a day at this point.