Today I conducted a flow test comparison of a pair of RS4 MAF’s and an EPL MAF housing.

For some time I’ve wondered how much, if any, restriction the screen on the RS4 MAF housing causes.  A parts car that came through the garage was equipped with a Bosch MAF housing that is the same size as the Bosch RS4 MAF but had a set of screens that are removable.

I decided I would pull the RS4 MAF from my car along with the RS4 airbox top and stick them on the flowbench with the rest of the stock intake to see how the screen affected the airflow through the intake.  I also decided I would retest the EPL MAF housing attached to the stock airbox top as that combination had out-flowed the RS4 MAF and RS4 airbox combination previously.

The results of the flow test are shown below: 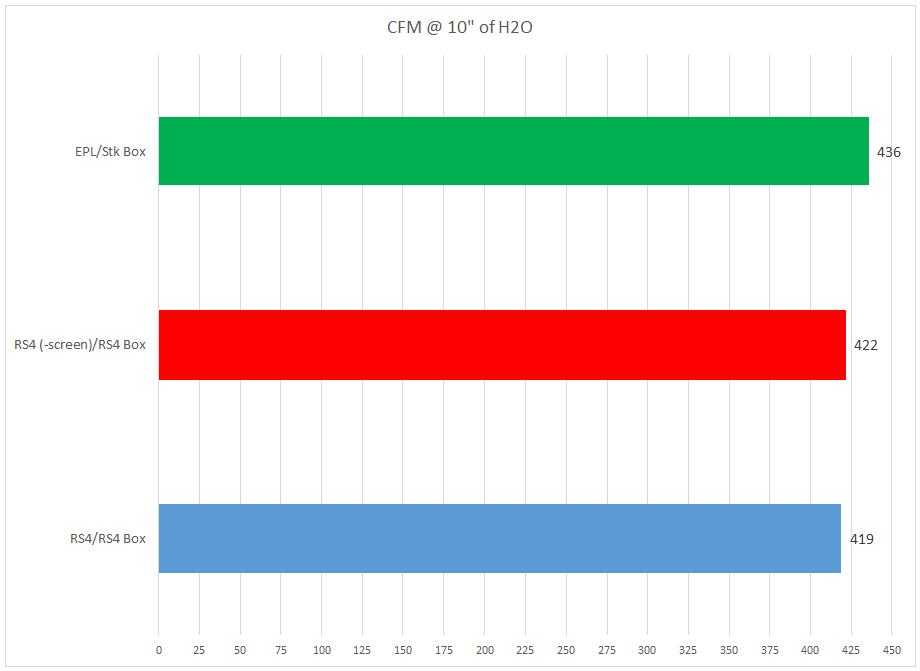 Interestingly the removal of the screen from the RS4 MAF provided only a little benefit.  The EPL MAF and stock airbox still provided a little more airflow than the screen-less RS4 MAF and RS4 Airbox top.  All tests were conducted with a stock air filter, modified lower airbox (Darintake modification), and the snorkel attached.

I also have a large K&N cone filter available, so I attached the RS4 MAF to the K&N filter and retested using the RS4 MAF housings. 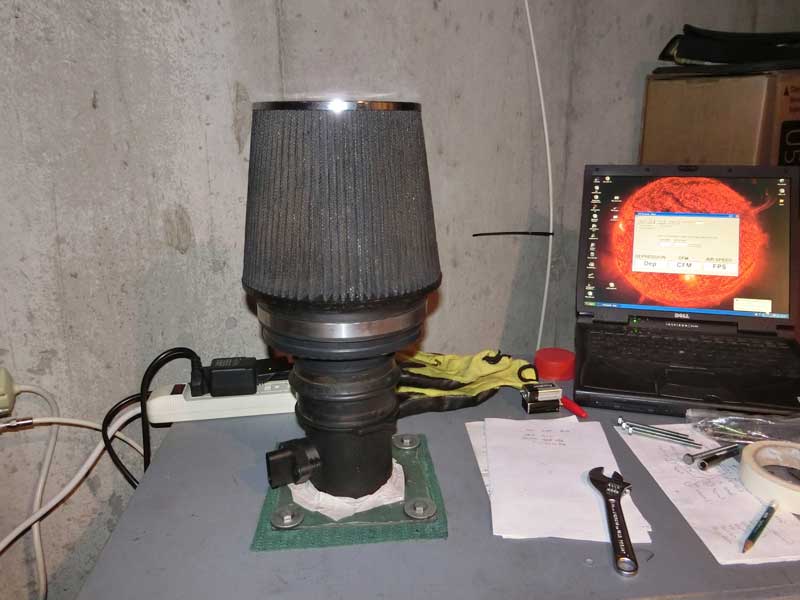 The results of this test are shown below: 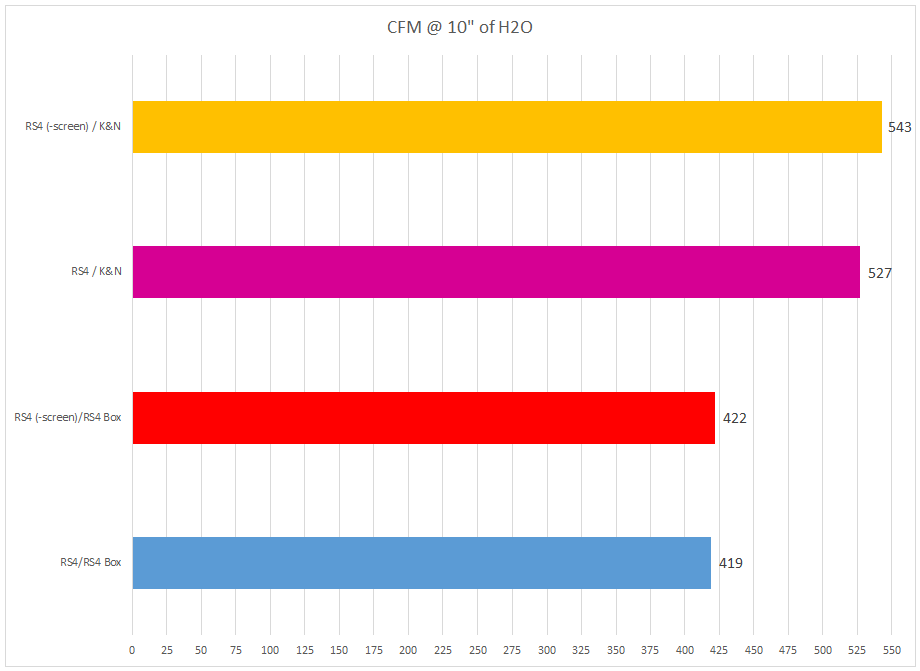 More dramatically, the K&N filter allows for much higher airflow at the test depression of 10″ of H2O.

A couple of things should be noted, first is that a test depression of 10″ of H2O is not very much pressure.  In these tests there is a substantial amount of airflow passing through the intake with minimal pressure drop.  It’s common to test at 28″ of H2O, nearly three times the level this test was conducted at.  This test was performed at 10″ due to a bench limitation of around 600 CFM.

From this test it would seem that the K&N cone filter would be a desired substitute for the stock intake.  What this test does not account for is the potential disruption of airflow over the MAF sensor caused by the cone filter, which could lead to tune problems.