To determine if some of the RS4 intake components produced a measurable difference in pre-turbocharger pressure drop I installed a pressure sensor in the inlet pipe leading to the compressor housing. 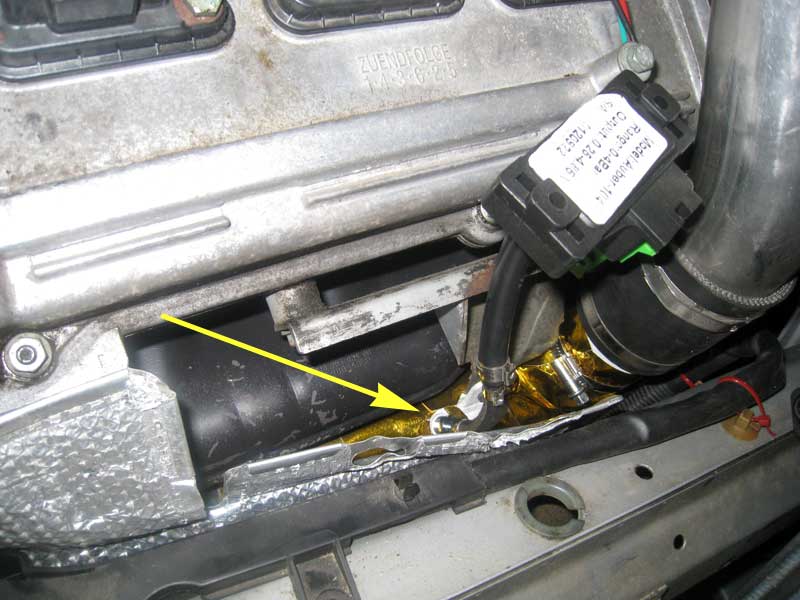 Previously I had recorded the S4 intake components, and now I swapped in some RS4 parts to make a comparison.  The parts being swapped were the upper half of the airbox, the MAF housing, accordion hose, and Y-pipe.

Three pulls were made with each configuration, two in third gear and one in second gear.  A comparison of the pressure drop in PSI for each setup is shown below: 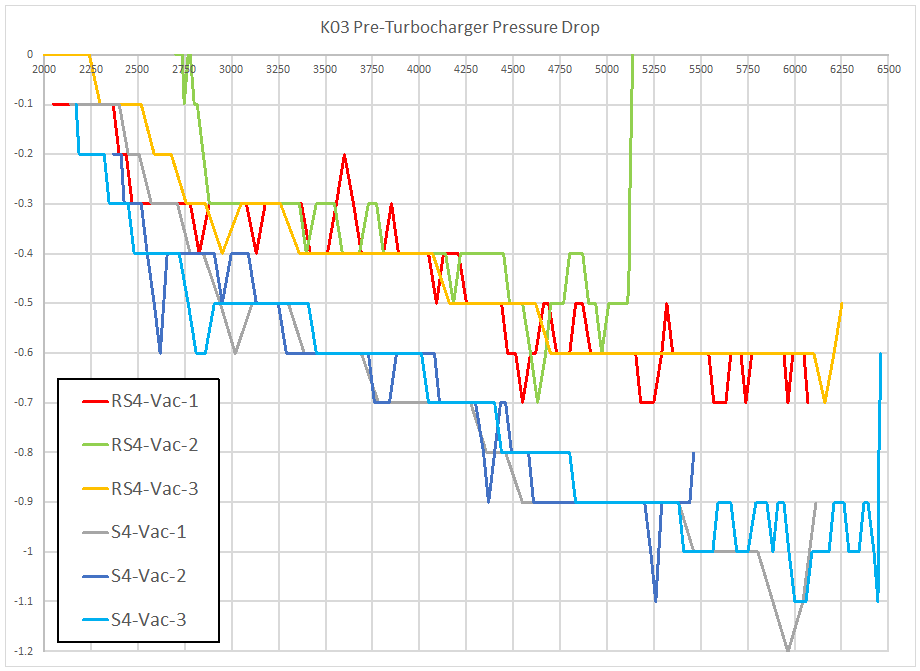 There is clearly an improvement with the RS4 intake components versus the S4 counterparts.  Whether the difference is great enough to affect engine or turbocharger performance is a different matter.

This testing was done with K03 turbochargers and a moderate Stage 2 tune, tapering to 10-12 psi near red line.  A larger turbocharger such as the TiAL 770’s that are capable of maintaining over 35 psi at red line will likely yield a larger performance split.