I had been excited to try out a Silly Rabbit Motorsports modified S4 intake manifold.  Mine had work done to enlarge the plenum as well as add an adapter so that I could mount an RS4 throttle body to the manifold. 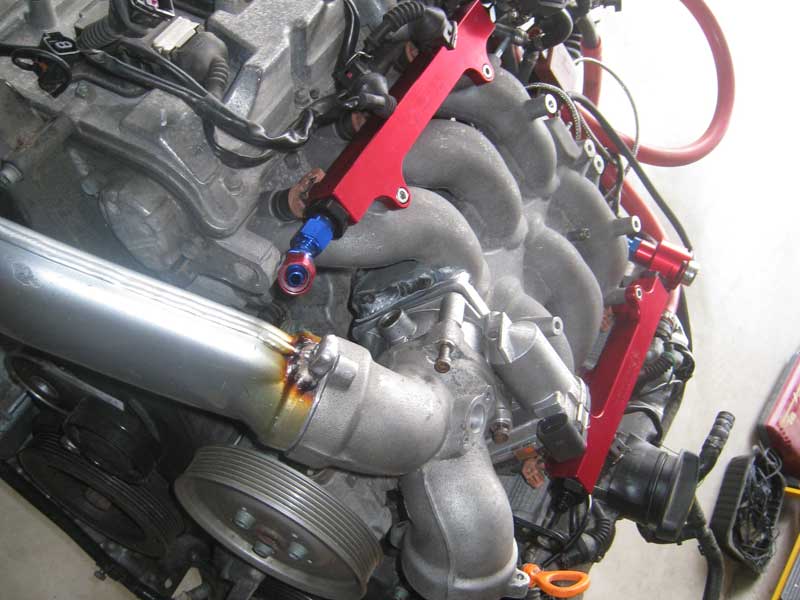 As can be seen from the picture above, the use of the RS4 throttle body necessitates removing the stock S4 fuel rail and using either an RS4 fuel rail or an aftermarket flavor.  I went with the Integrated Engineering fuel rails.

Upon test fitting the modified intake manifold I discovered a couple of fitment problems. 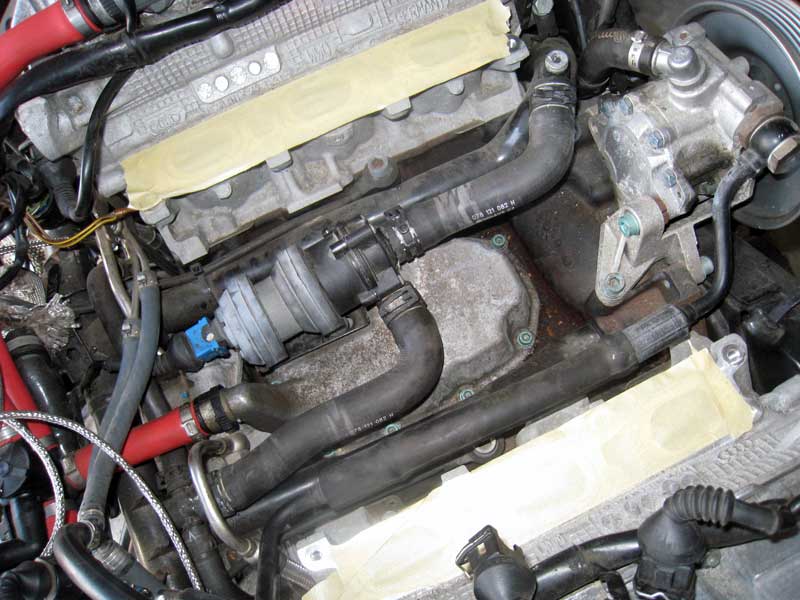 The first was that the after run coolant pump was in the way, when placing the intake manifold in place it rested on the pump and did not seal with the cylinder heads. 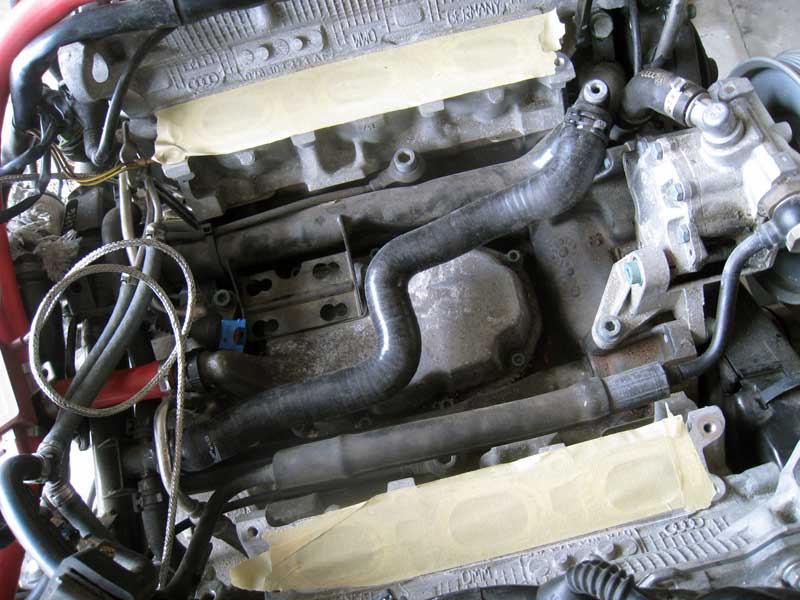 A short while later I had swapped in the 034 Motorsport silicone after run delete hose.  Now the intake manifold sat properly on the cylinder heads.

Unfortunately the Integrated Engineering fuel pressure regulator housing did not have much clearance from the lift point at the back of the motor. 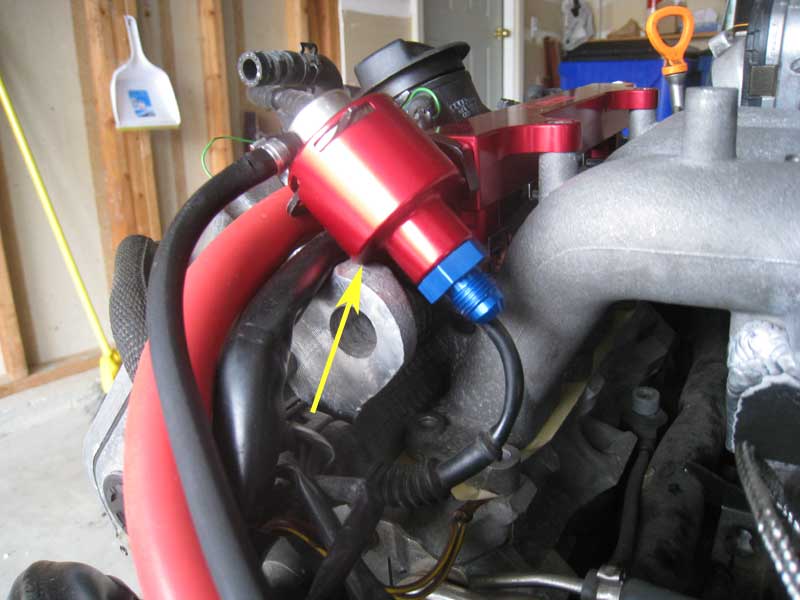 I pressed on, adding the RS4 throttle body, RS4 metal throttle body boot, and RS4 pancake (up) pipes.  I then found that the up pipes had some interference with the plastic pieces protruding from the cam gear covers. 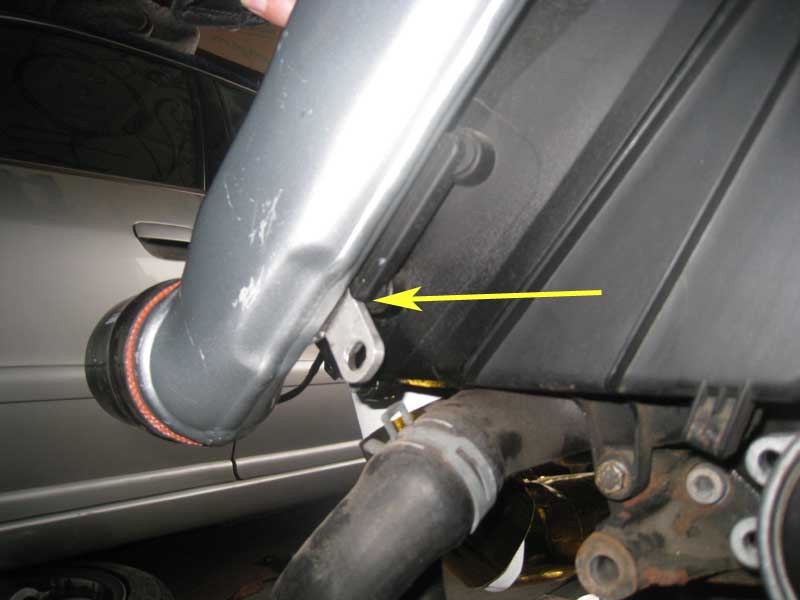 I decided at this point that I’d had enough with trying to get this intake manifold to work with the RS4 parts that I have.  My assumption is that if I were using a silicone throttle body boot and standard aftermarket up pipes I may not have had the problems I was encountering.

In the future I might give this intake manifold another shot, but I’ll have to do so with some customized up pipes if I do.