The rotor hats on my Stoptech rotors started getting cracks on them. 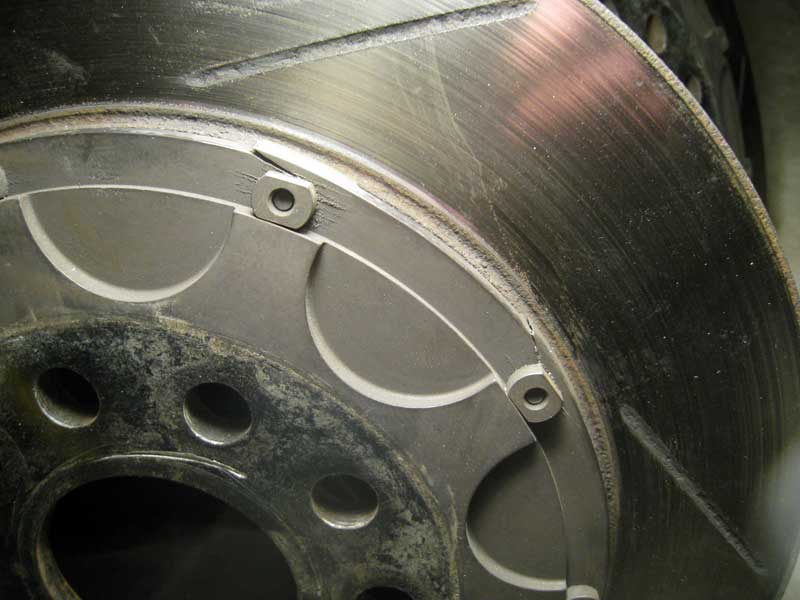 This is a well documented problem with some of the Stoptech aero rotor hats so I had been keeping my eye out for the problem to arise on my rotors.  Interestingly it was only the passenger side rotor that had these cracks, the driver side was still in good shape.

With a crack as extensive as the one shown here I decided to replace the aero rotor hats. 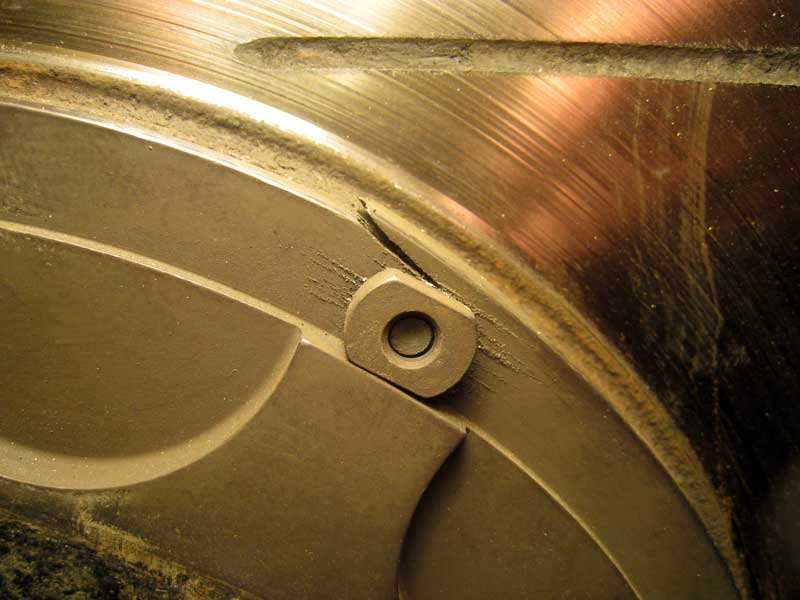 About the time I went looking for a place that would sell just the hats I found someone parting out an S4 who had the entire Stoptech 332 BBK for sale with rotors that had been replaced within the past year.  For just a little more than the rotor hats retail for I picked up the entire kit, including stainless steel brake lines, partly worn pads and a brand new set of pads.

Once I had everything on hand I set about swapping the rotors.  Putting the rotors side by side it looks as though the rotor hat design has been revised since I purchased my Stoptech BBK setup. This was the first time I had taken the rotors off since having the Stoptech BBK installed in 2004 and I was not sure about how hard it would be.  After looking through the brake kit install guide it was evident the swap should be fairly easy, which it was.  For reference these are the two bolts that need to be removed to pull the caliper back so that the rotor can be swapped. 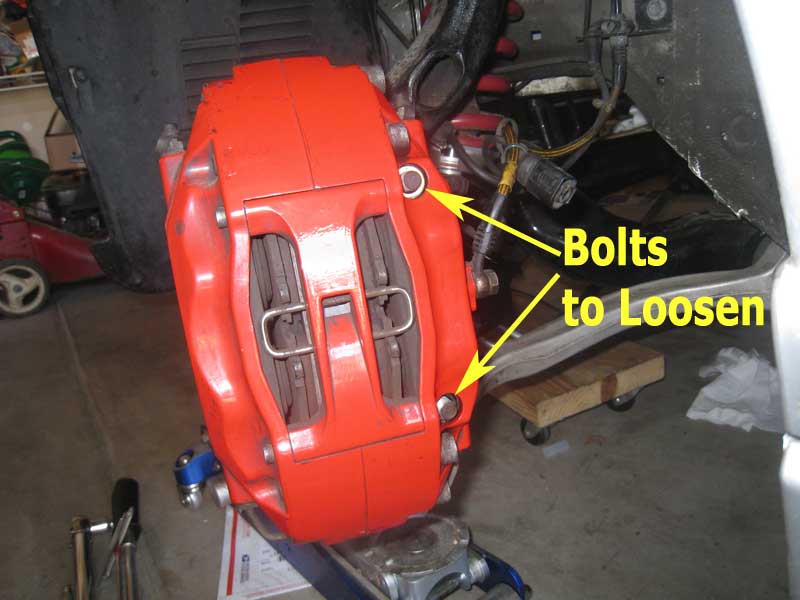 The old rotors and newer ones were very similar in thickness so I did not need to monkey with the brake pads at all.  To swap both sides took about 30 minutes, though my wheels were already off and the front end raised for other work I have going on.