The Silver car’s subframe had some spots of corrosion and rust on it and I wanted to try and take care of them while the motor was out of the car.  At first I was going to try and clean up the rust with the subframe in place but that began to look like a messy job that would not be done all that well.  If the subframe were out of the car I’d be able to get to all the spots I needed and not have any parts of the vehicle impeding my access.  I decided that with everything else that was already off of the car taking the subframe out as well wouldn’t be much more work, so that’s what I did.

I had purchased a sample kit of POR-15 that included a degreaser, prepping liquid, and the POR-15 paint.  All of the bottles were about 4 oz, which wasn’t a lot of liquid, but I only had the one part to work on so I figured I’d be alright.  There were several locations on the subframe with rust forming and I decided to just treat the entire subframe, at least the areas I could get access to.  Trying to treat inside the part was moderately successful in the areas I could see had corrosion issues.

Applying the liquids was straight forward and the directions were clear.  One tip I’d read was to wear two sets of gloves so that the POR-15 paint did not get on my skin.  Apparently this stuff will not wash off so that you have to wait several days for it to wear off your skin.  The second pair of gloves is worn so that after you remove one messy glove you have another glove underneath to remove the other messy glove from your other hand.  It worked for me and I came away without any of the POR-15 stuck to myself.

Painting the subframe went well and I had enough POR-15 for about a coat and a half.  The directions recommended doing two coats, and so after applying the first coat and allowing it to dry according to the instructions I applied the second coat to those areas that had shown rust.  There were a lot of areas that did not have any signs of corrosion at all but I had gone ahead and put one coat on the whole thing anyway. 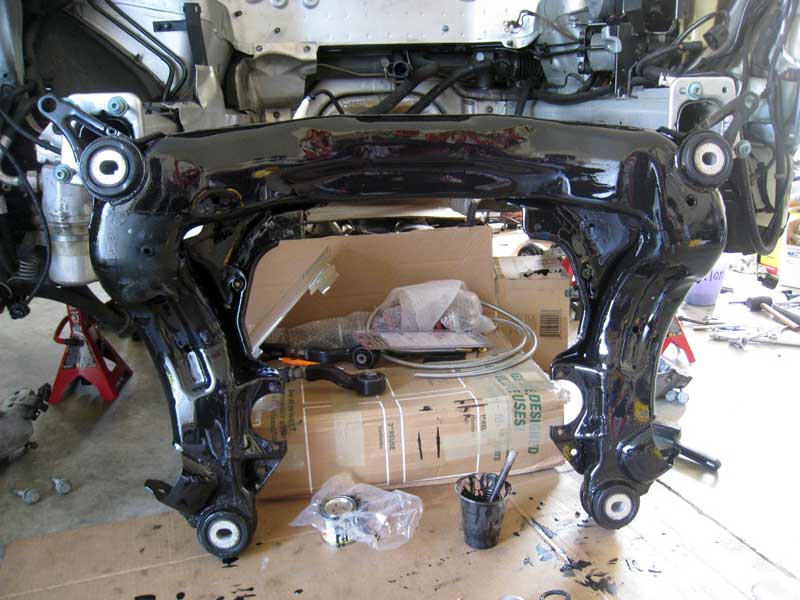 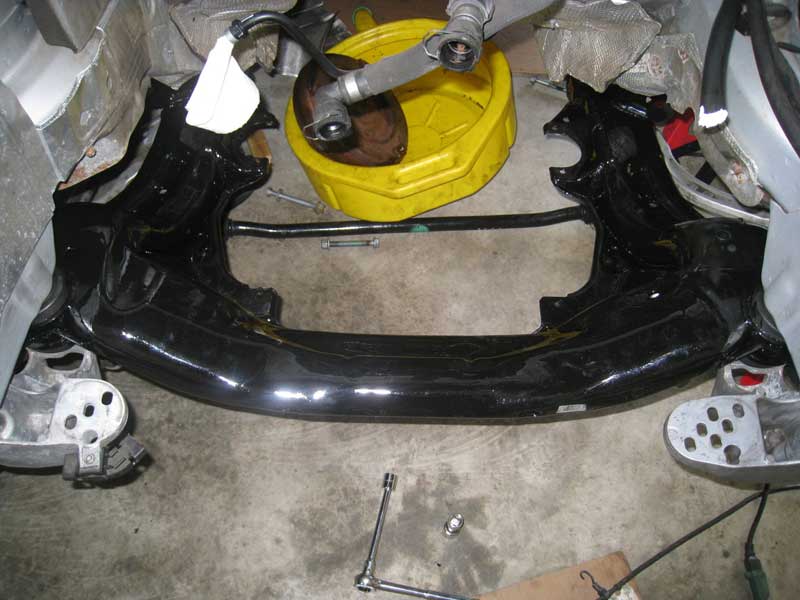