There was a small issue to address, the Silver car was on the left side of the garage and I prefer working on the cars on the right side.  Having removed the rear subframe I also had to remove the driveshaft.  Now that the subframe and rear differential from the Santorin car were on the Silver car I wouldn’t be able to reattach the driveshaft until I put the 6-speed transmission into the car, but I wanted the car on the right side of the garage to do that work.

I’d contemplated getting a set of car dollies to move the rear of the car, but even an inexpensive pair was going to run around $60.  While not an outrageous price, the fact that I really only planned to move the car with them once made purchasing them a bit of a waste.  I noticed that Northern Tool also had wooden dollies designed for moving large furniture items and other heavy stuff.  Surprisingly these wooden dollies were rated up to 1000 pounds and to my pleasant surprise they only cost $16 a piece.  I wasn’t sure if the rear of the car was going to exceed their load bearing capacity, but for the cost I figured I’d give them a shot. 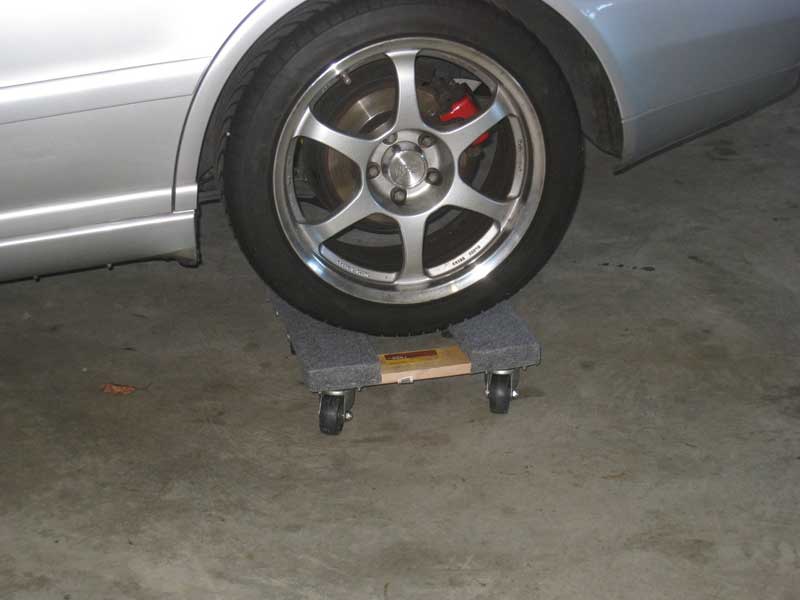 I was relieved when I lowered the car down with a jack onto the first dolly and it held without making a sound.  Dolly two was put in place and then after placing the car into neutral I was able to swing the rear end around.  I’d already pointed the front end into the corner on the right side of the garage just pushing the car and turning the wheel. 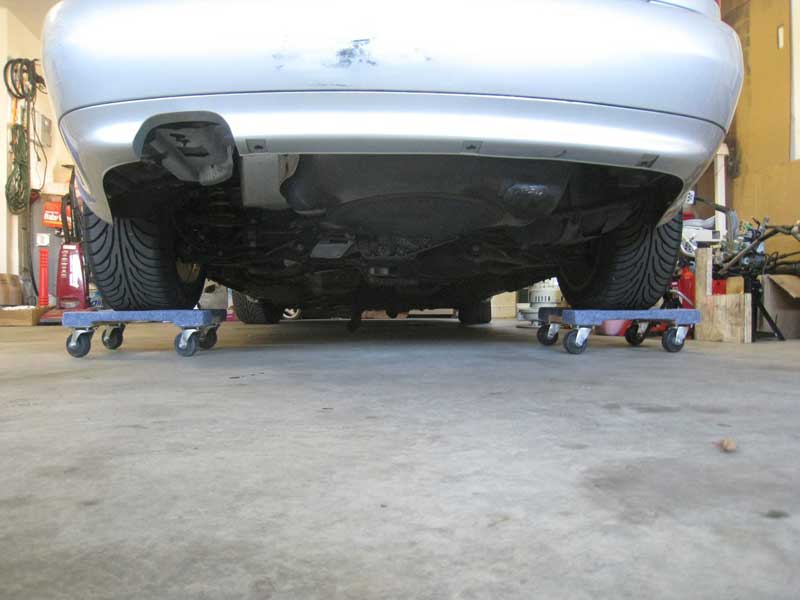 So now the car is in the proper location to begin the task of swapping out the Tiptronic for the Santorin car’s 6-speed. 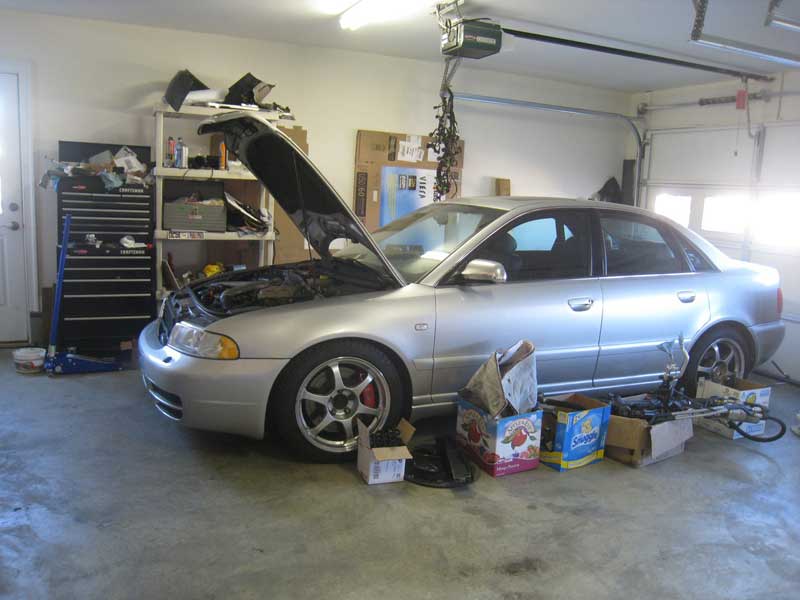 Given the age of the Silver car and the likelihood that many of the hoses will not have been taken off before these hose removal pliers will come in handy.  I picked these up during the last engine pull I did, about a year ago on another person’s S4, and these worked well.  They were about $15 from Harbor Freight and I have been very happy with them.  They are able to grip almost all the way around a hose and the long arms give good leverage for twisting a hose to break it free.  Then I just need to push on the pliers at the base while I rotate them back and forth and the hose slides off relatively easily. 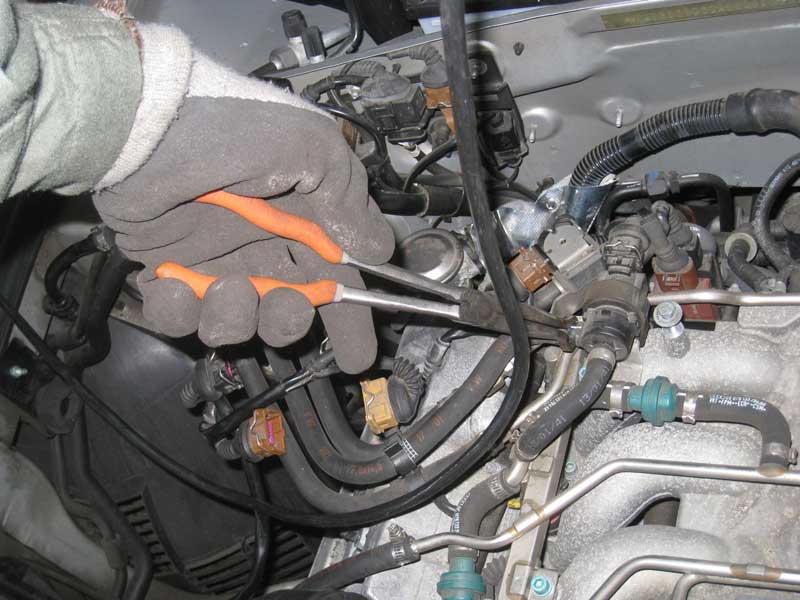 Dismantling of the front end is now underway.