Another non-production part that I wanted to transfer from the Santorin car over to the Silver car was the Audi B5 RS4 fuel pump.  I’d acquired this when I had the APR Stage 3 K04 kit on the Santorin car and after removing most of that kit I had left the fuel pump in place because it was such a huge hassle to try and remove it. 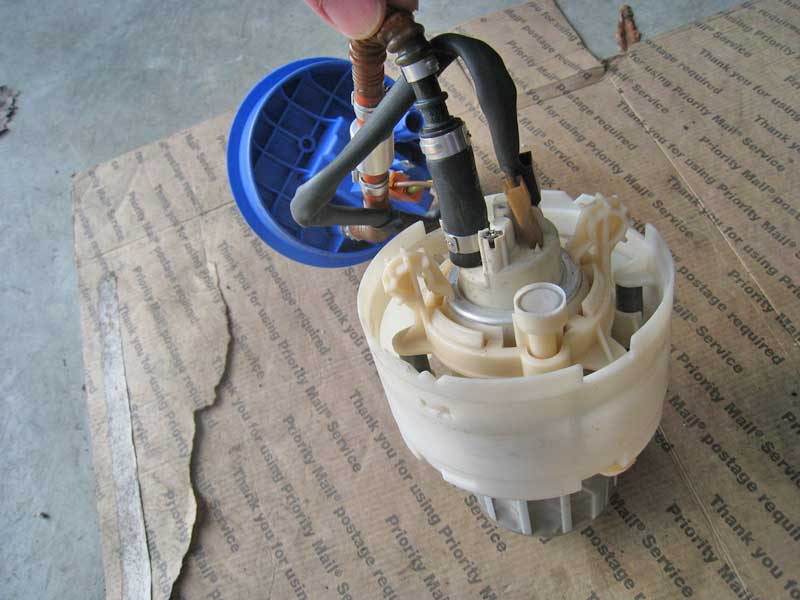 With the Santorin car going away it became imperative to get the RS4 fuel pump out, no matter how unpleasant the task would be.  I had previously tried to make a tool from some threaded rod with a bolt on it, but this time as I tried to better shape the metal to the curvature of the pump a piece of the rod broke, leaving me with a short length that would not function as intended.

As a back up I began trying various other tools like wrenches and some hose removal tools.  Eventually I was able to get the pump loose, but it was over an hours worth of time spent struggling to get the pump loose.  Taking the stock S4 fuel pump out of the Silver car was slightly quicker because I had an idea of what tool setup would work, but it was still a pain to do.  If I have to do this job in the future I’ll make the investment in the proper tool.