I shifted around the two subframes today getting them into their respective positions for re-installing on the new cars.  It was a bit of work getting the two moved since at this point floor space in the garage is at a premium.  With both cars in the garage and the motor out of the one along with all of the other parts there isn’t a whole lot of room to be dragging around something as large as the subframe and axles. 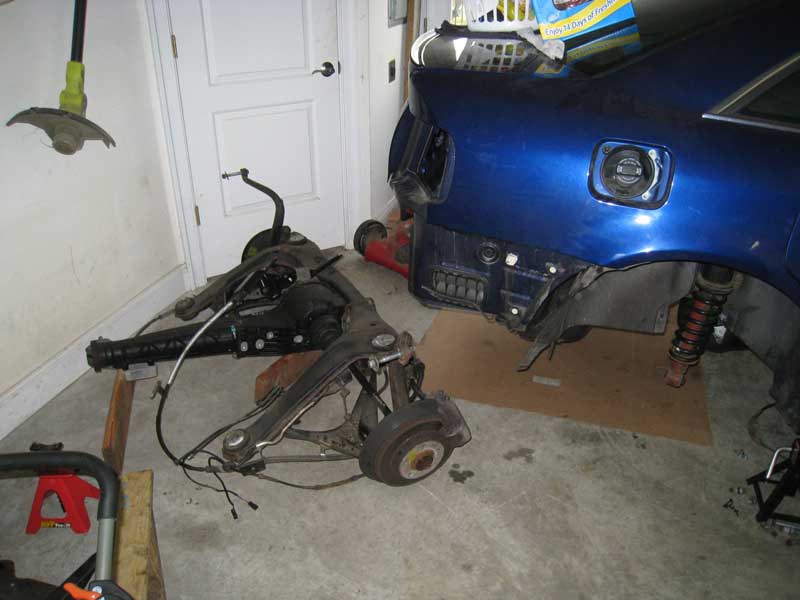 I still need to swing the Silver cars subframe around so I can mount it onto the Santorin car. 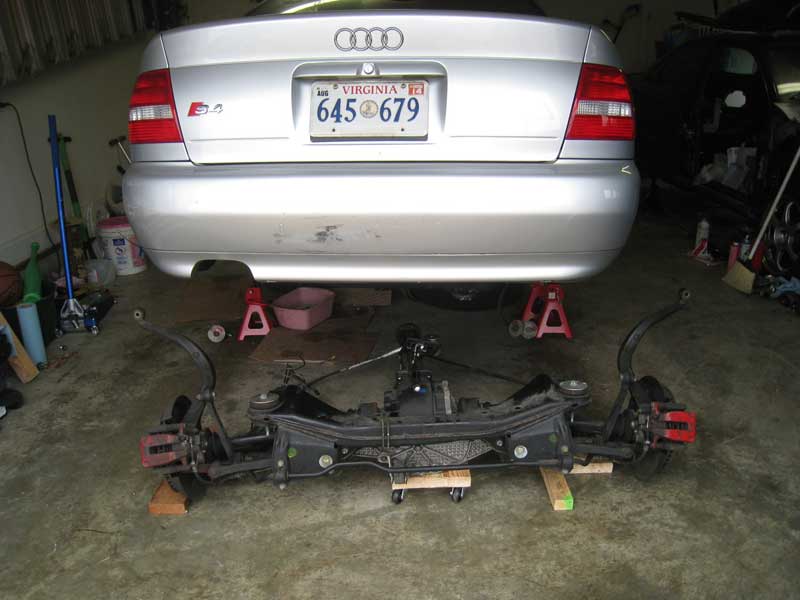 I also pulled a couple of the plates off the underside of the Santorin car to swap onto the Silver car.  There was a little bit of rust forming on the Silver cars plates in the area of the fuel tank and since it was easy enough to get to right now I decided I’d swap them. 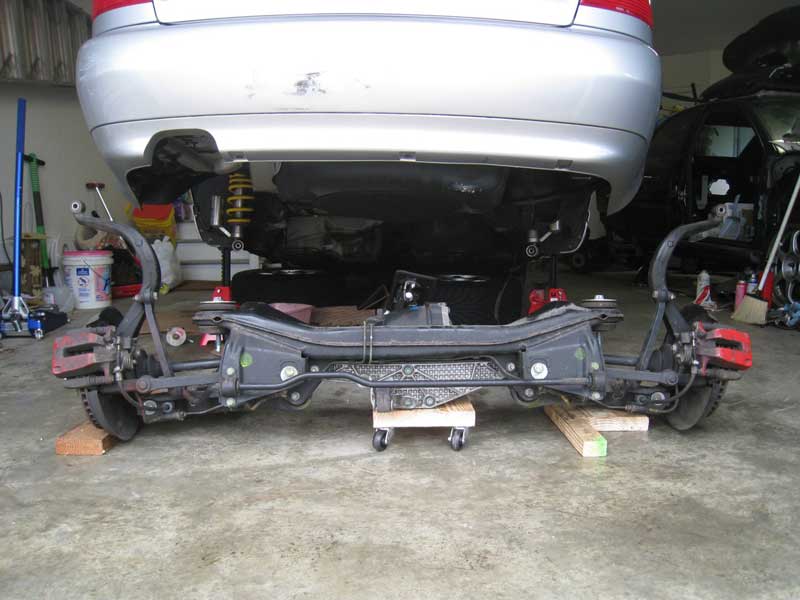