Never having removed this piece before it was challenging to say the least to release the pin when I had no idea of how it was locked in place.  Eventually after struggling with the part for a while I decided to try photographing the underside of the handle to see if that would give me a better idea of how to release the mechanism. 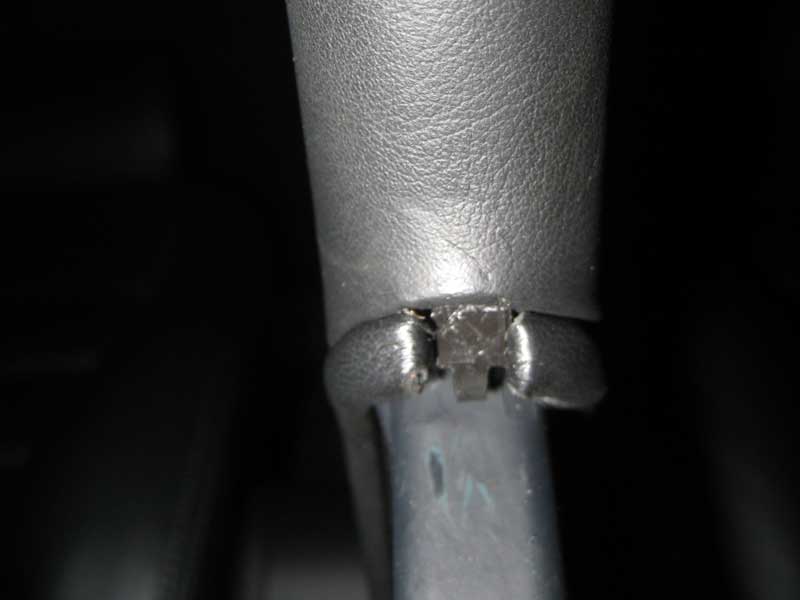 As that picture above shows, it is not self-evident how to get the pin out.  I tried using a screw driver from the front but was having no luck in getting it to catch on anything.  So I tried from the back side as shown below. 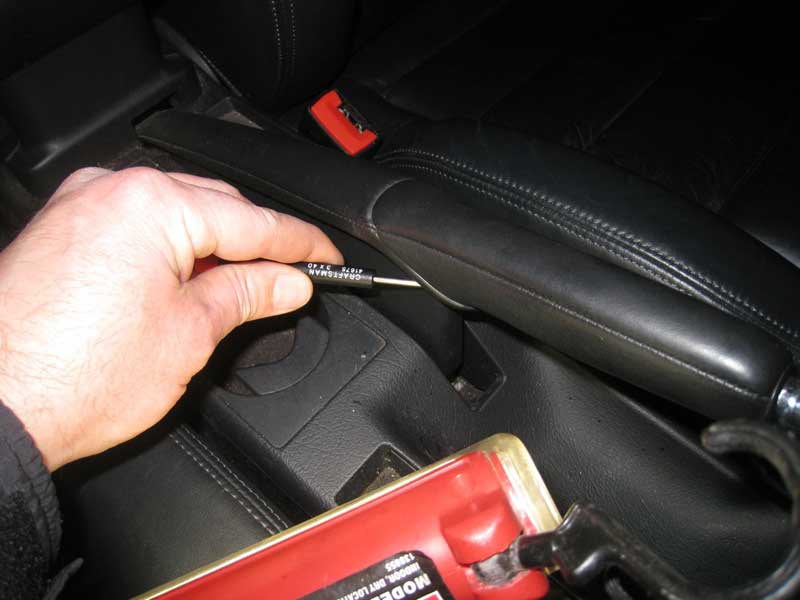 Going from this direction I was successful and the pin released. 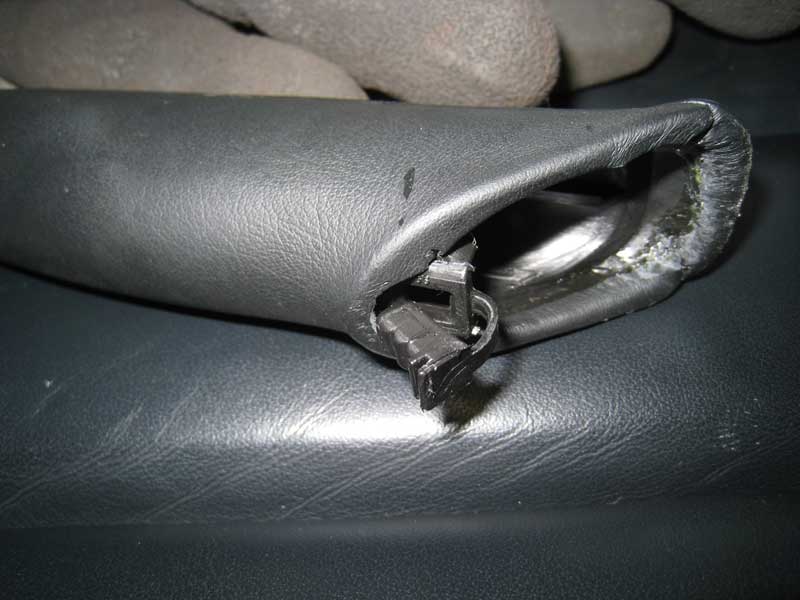 Here you can see clearly how the pin sits up in the slot.

After getting the handle off the Bentley manual described the steps to remove the console.  There’s a nut underneath the rear ash-tray that should be removed and then the rear of the console can lift up, after removing the 2 bolts holding the front down.  I popped the ash-tray out and was presented with 2 nuts.  Hmm.  Guessing that perhaps the manual actually meant 2 nuts when it showed a diagram of just one I went ahead and removed both.  The console would barely budge though.  I worked at it for a while rocking the console back and forth thinking perhaps that over time it had seated itself really well, but that did nothing.  Once more at the point of exasperation I decided to see if perhaps I could drop the parking brake mechanism without removing the console.  It looked like if I removed the dual cup holder that might give me a shot at the parking brake mechanism.  So I popped the cup holder out and found yet another nut of the type I had removed from the back of the console.  This looked promising. 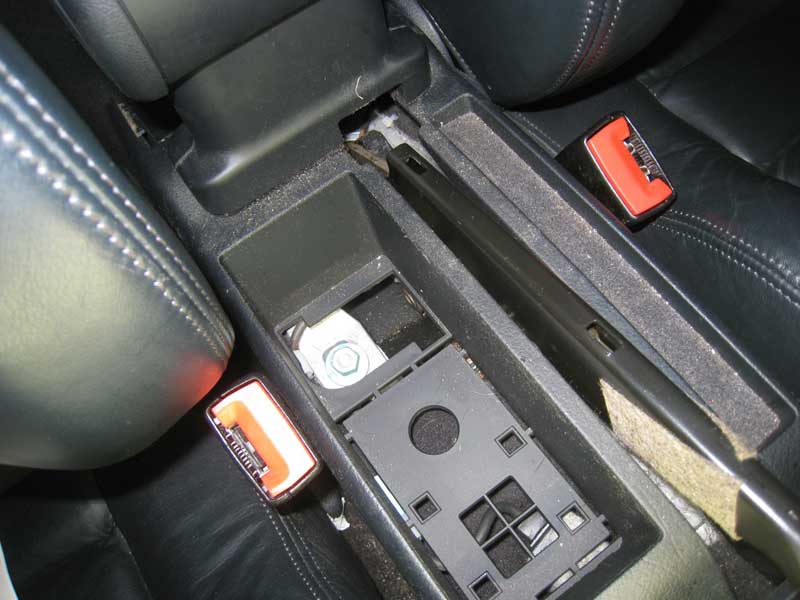 I removed the third nut and the whole console lifted easily.  After some maneuvering to get it around the parking brake handle it was off.  Things sure go a lot easier when you remove all the parts you need to.  I have no idea why the Bentley manual was so wrong on the removal of this part.  Seeing that there can be error in the manual I’ll be keeping that in mind as I go forward with the removal of other parts.

I returned underneath the vehicle and undertook the unpleasant task of loosening the drive-shaft from the rear differential and the transmission.  I started with the rear differential.  Getting the rear loose took quite some time so when I was finished I just took the shield off the front and hit the bolts with some liquid wrench and called it a day.