The interior rear view mirror was missing from the car.  A curious item to be absent, the wire to the Auto-Dimming mirror looked to have been disconnected and the entire mirror assembly had simply been removed.  I wasn’t aware of how to remove the mirror so I thought it interesting that a potential car thief would know how to remove the mirror, if that was what happened.

I found a DIY on adding a Compass equipped mirror to the S4, a feature absent from the factory, and that guide detailed the proper method for removing the rear view mirror.  The process is pretty easy, simply use a wrench to turn the base of the mirror that attaches to the windshield counter clockwise 90 degrees to remove the mirror.  Putting a towel between the wrench and the mirror is a good thing to keep from marring the base.  Installing the mirror is simply the reverse.  I removed the mirror from my Santorin car and installed it in the Silver car. 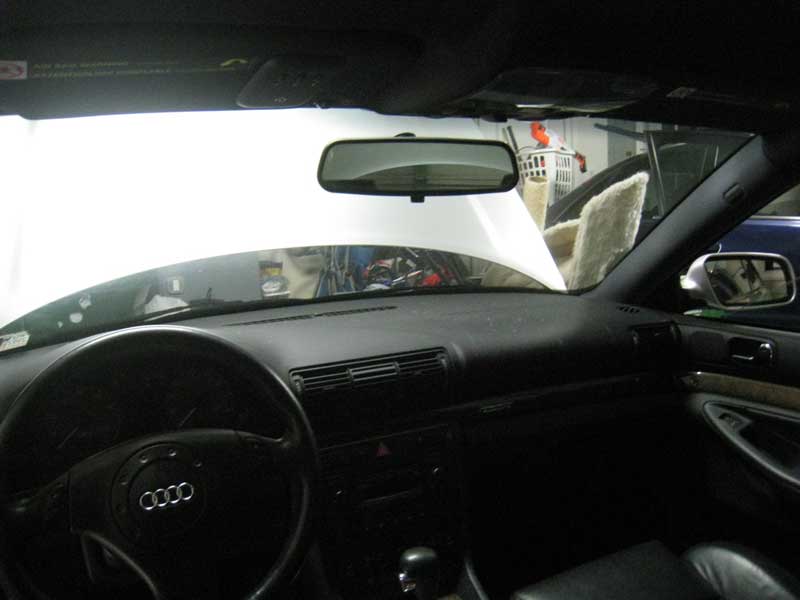 I also worked on replacing the driver’s side outside mirror which had begun to peel.  I assume the early demise of the mirror was partly due to the auto-dimming feature, something which I did not have on my Santorin car.  I replaced the mirror with the good mirror from the Santorin car and also replaced the plastic Silver colored housing with the Aluminum housing from the Santorin car.  I’m undecided if I like the look better, but the housing is metal and much more solid which I do like. 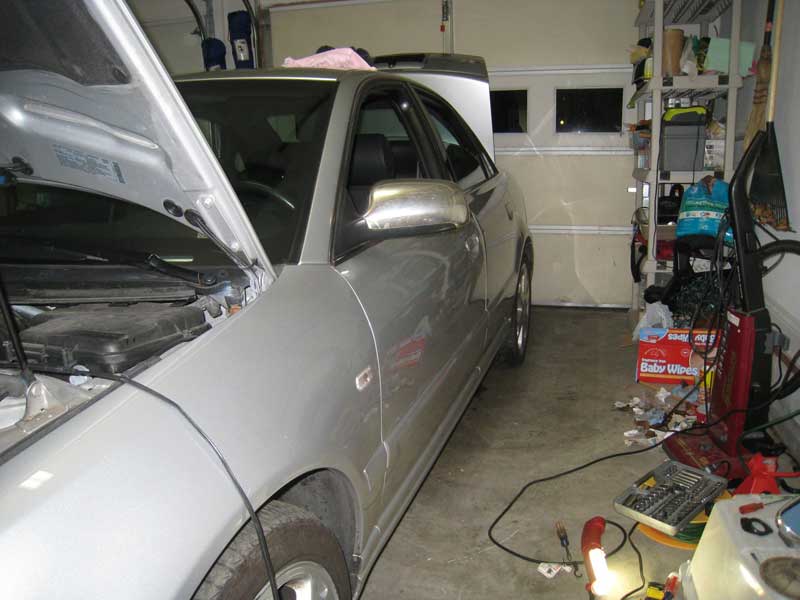