Today I began installing the TTE550 turbochargers onto the engine.  Step number one was to check the wastegate preload to confirm the 0.55 bar that I was told they were set to prior to delivery.  The setup shown below is what I use for checking the preload.

The yellow hose runs from an air compressor tank, through a pressure regulator (that I purchased for performing leak down checks on the engine cylinders), and then via an AN Y to a pair of hoses that connect to the wastegate canisters.  As the regulator is slowly opened I monitor for movement from the wastegate arms, and when movement is seen I’ll check the pressure.  This is repeated a few times to get confidence that each wastegate is beginning to open at the same pressure.

As it turned out the preload was set to only 5 psi.  With intentions of running around 24-25 psi out to 7000 rpm I was not confident that would be enough preload on the wastegates.  I increased the preload on both wastegates to 8 psi.

An issue I expected to encounter was with the wastegate canister interfering with the turbo inlet pipe.

I loosened the bolts and rotated the rings slightly and gained some clearance, but there was still some contact between the two parts.  As I’ve had to do in the past, I took a set of pliers and bent the wastegate bracket down slightly to gain some additional clearance.  This produced enough of a gap that I felt good about the setup.

Of course by slightly altering the location of the canister I became concerned that I might have also affected the amount of preload on the wastegate, thereby possibly causing the wastegates to open at slightly different pressures.  So I hooked the wastegates back up to the preload checker and confirmed that the tweaking had not altered the preload in any meaningful way.

I use a silicone coupler to attach the turbo inlet pipe to the turbocharger compressor intake.  Something I wanted to make sure not to do was disturb the airflow going into the compressor by creating a gap between the edge of the coupler and the outer lip of the compressor inlet.

TTE goes to some effort to port the inlet from what a standard BorgWarner RS4 K04 looks like, as shown by the comparison photographs below:

And the TTE lip is measurably thinner than that of the standard K04.

To ensure that I was not creating more turbulence than will occur anyhow I was careful about where I placed the clamp that holds the silicone coupler to the compressor inlet.

The intent being to minimize the gap between the silicone and inlet.

Another lesson from the last turbocharger swap is not to trust the crush washers.  With the FT21’s I ended up with a washer on the oil supply side to the turbocharger dripping oil, leading to an unplanned engine pull to fix the drip.

To address that possibility I am attaching a gasket forming material to each side of the crush washers that are used on the oil supply, coolant supply, and coolant return banjo bolts.

My hope is that this extra step will all but eliminate the chance of a leak from these lines. 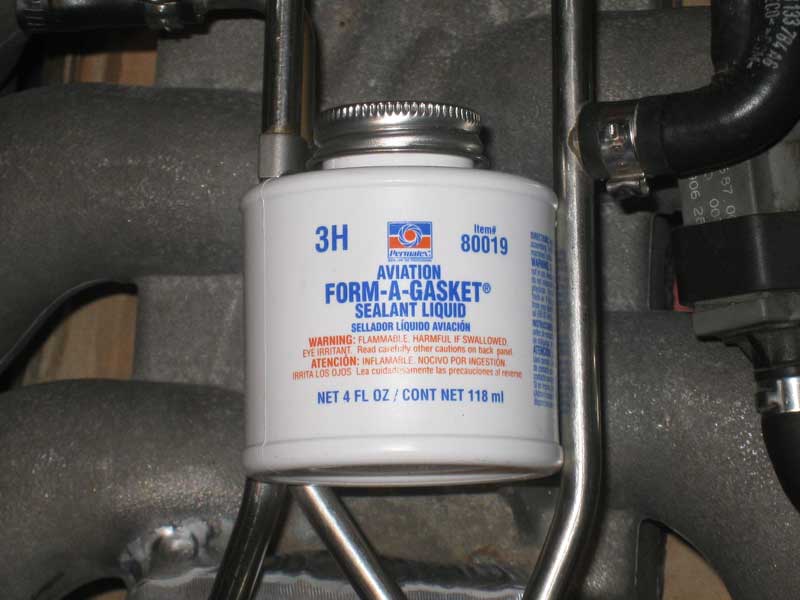