Today I made some more readings of the surface temperature of the driver side exhaust manifold from engine start through ten minutes total time.

The ambient air temperature was about 20 degrees cooler today than when I made the previous recordings.

I have also noticed that where the IR sensor is pointed can affect the reading a good amount.  To try and minimize the affect on the results I picked a marking on the surface of the exhaust manifold to point the temperature sensors laser pointer at each time.

Below are the results from the previous testing with the latest results added on. 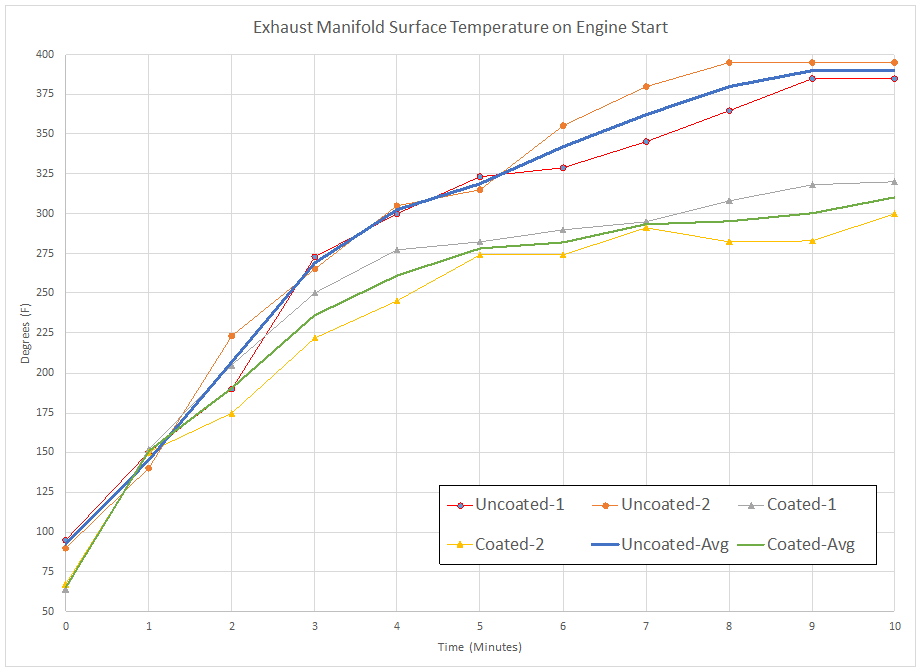 The other question I have is to how well these results would carry over to a longer period of time, when the car has been operating with a load on the engine.  This experiment only spanned ten minutes and was done entirely with the engine idling.