The original idea was to pull the entire suspension and sub-frame from the Santorin car to transfer over to the Silver car, this would hopefully save me the time of removing the KW V3 coilovers and StopTech Big Brake Kit.  Additionally it was possible the control arms and TRE’s on the Santorin car had fewer miles than the Silver car, even though the Silver car only had 43k on it, because I had replaced the CA’s and TRE’s about four years prior and I had only been putting about 5k miles on the car each year.

While the sub-frame in the Santorin car looked fine, I was worried that if it had been slightly damaged it would cause alignment problems when it was installed on the Silver car.  Once the sub-frame were installed it would be a major pain to remove and replace it, so I decided just to pull out the suspension components from the Santorin car, since in the event one of them had damage that was not visible it would not be too difficult to replace a component.

The motor and transmission are back out as well. 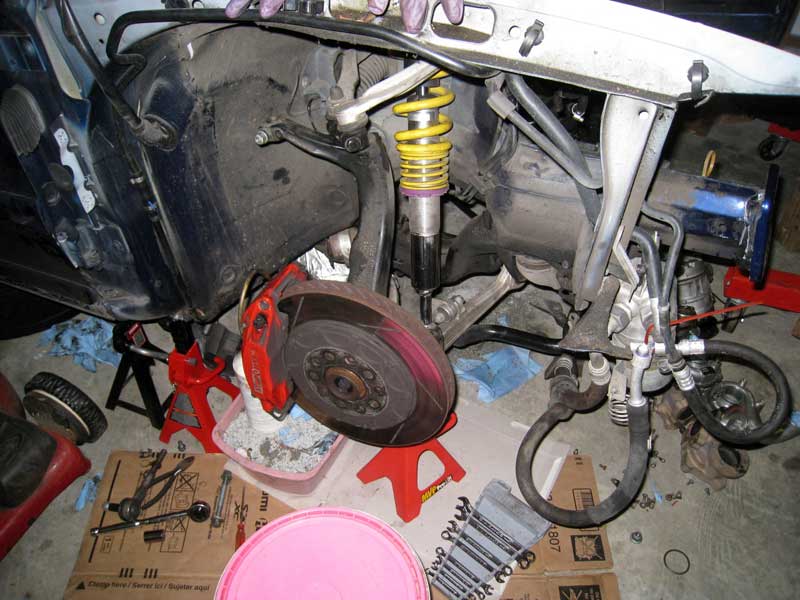