As a follow up to the 80mm Throttle Body airflow test a good point was brought up about the detrimental affect that would be caused by having the bolt propping the throttle body valve open in the air stream.

My first idea for answering this question was to test the adapter plate alone and then place a bolt halfway across the opening to see what the affect was.  The hope was to get some idea about the scale of the change that could be caused by having the bolt in place.  As it turned out there was almost no measurable difference, while I suspect it did slightly impede airflow, it apparently was less than the naturally occurring variation in airflow through the bench.

Next I decided to try and devise a less intrusive prop to keep the throttle body valve open.  The result is shown below: 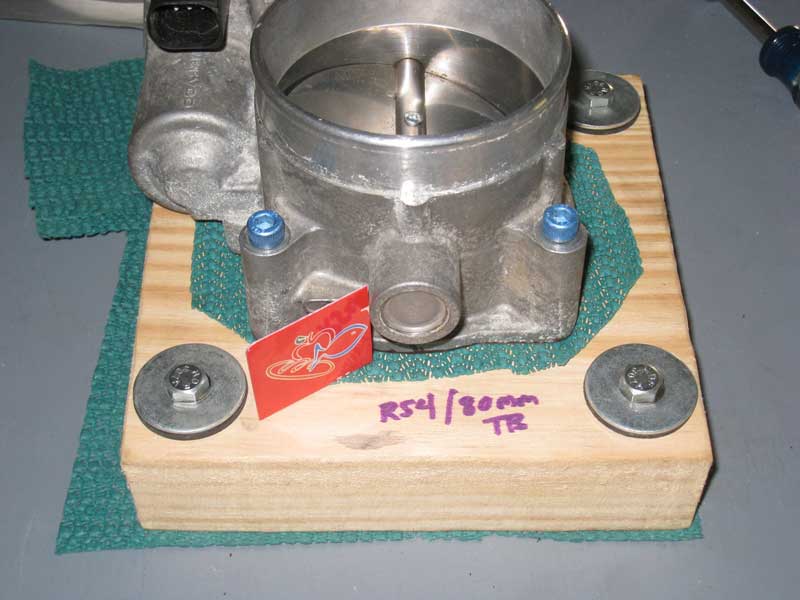 A Harris Teeter VIC card cut down to the appropriate size was rigid enough to hold the throttle plate open, yet as shown below, was much narrower than the bolt that had previously been used. 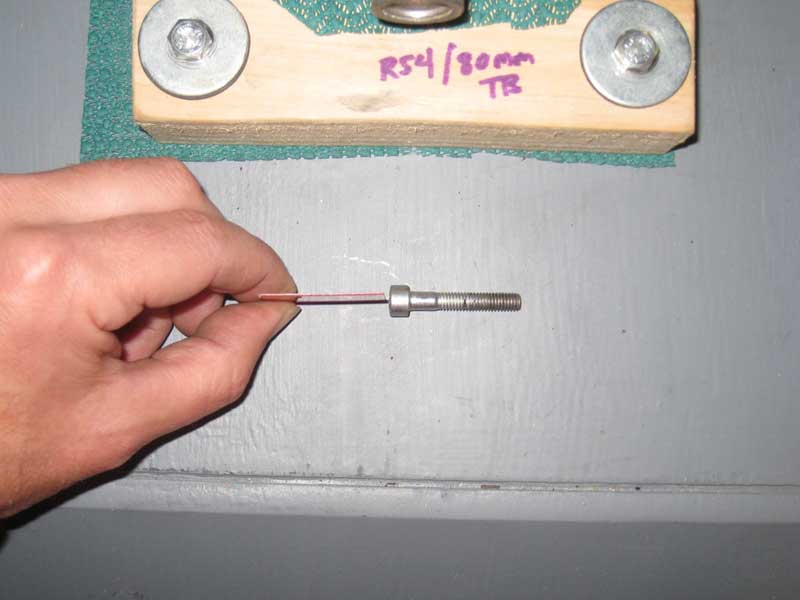 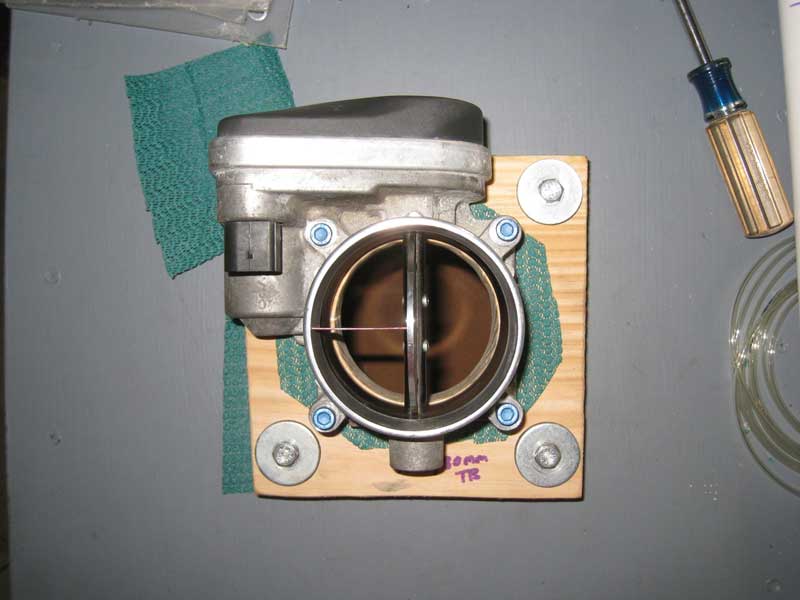 After the bolt was retested I tested with the card as shown above.  Note, when I have tested using the bolt I have placed it on the lower right hand side of the throttle body as viewed from above in the pictures.

I found that the card and bolt read within 6 CFM of each other, well within a reasonable margin of error for the readings.  As an aside, because the air flowing through the system is turbulent, especially just prior to the throttle body where two air streams collide, the airflow readings vary slightly as the air flow disturbances cause the pressure to rise and fall slightly.  For this reason I consider +/- 5 CFM to be a reasonable accuracy when reporting results.  To obtain a CFM value I observe the fluctuating reading  for several seconds and mentally estimate a center point, so the air flow value reported is not precise to a single digit value.

With the bolt and card reading very similar I was satisfied that the bolt was not causing an excessive amount of resistance.  I was puzzled by the fact that the narrower card had a lower airflow reading, no matter how small the difference.  So I placed the bolt on the top of the throttle body and retested.  This time the reading was about 17 CFM lower than the card in the same location.  Ah-ha, proof that the bolt causes more of an air flow drop than the card.

Finally, I went and put the bolt back in the lower position and tested it again, recording a value only 3 CFM off from the first time, and well within my own margin for error, effectively reading the exact same as the first time.

All of this is illustrated below: 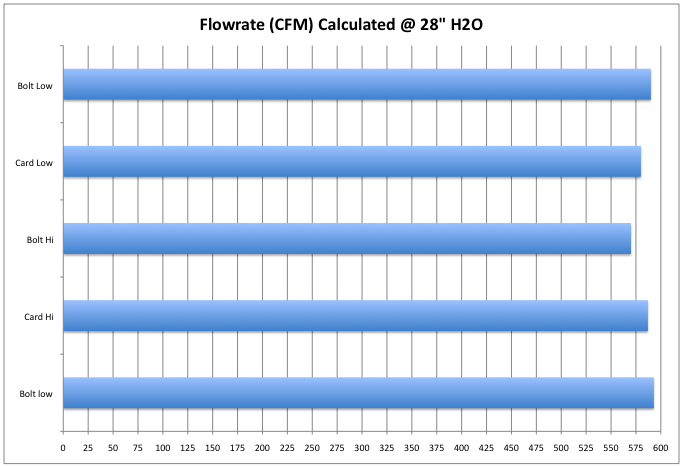 So, what does it all mean?  Swirling, turbulent air flow has a lot more going on with it than a simple commonsense observation can describe.  My suspicion is that with the way the air flow is coming out of the up-pipes the interaction with the card and bolt props is much more complicated than it would appear.

In the end I feel the similar results achieved by using the card and the bolt means that the comparison with the stock throttle body, that does not require such props, is valid and that any gains that might be had by not having and prop at all within the 80mm Throttle Body would be small.