Going to be testing this 80mm Throttle Body shortly, connected via the 034 throttle body adapter boot to a set of JHM/ARD/034 style up-pipes. 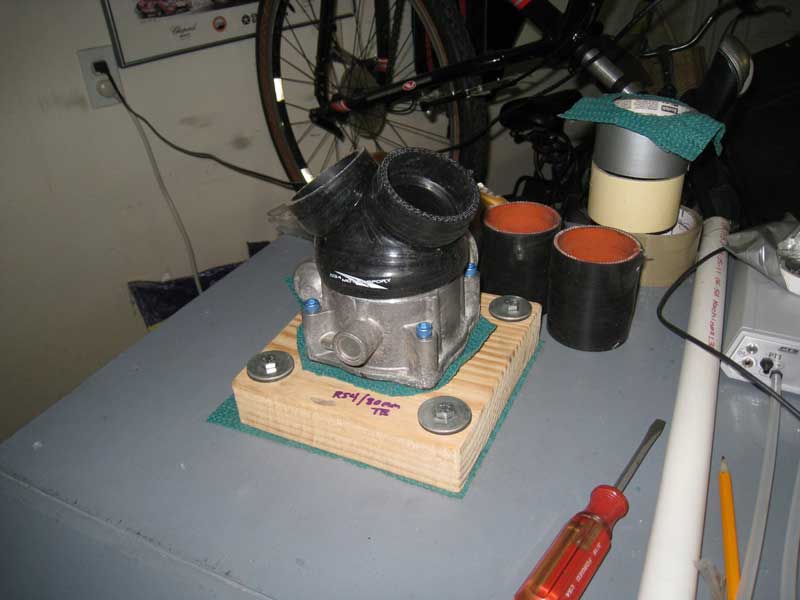 Upon receipt of the throttle body I discovered that the operating gears are not accessible like they on the S4 throttle body, so my procedure for holding open the throttle valve was not going to work on this part.  In needed to place something into the throat of the throttle body that would hold it open and also not become dislodged with airflow passing over it.  Something small and lightweight would have the potential to get sucked into the flowbench vacuum chamber and through a motor.  I ended up using a bolt as can be seen below.  It’s round shape should hopefully not impede the airflow much and due to the flat surfaces on either end it remains firmly in place.  In addition, it’s heavy enough to not be sucked up into the air if it were to fall out. 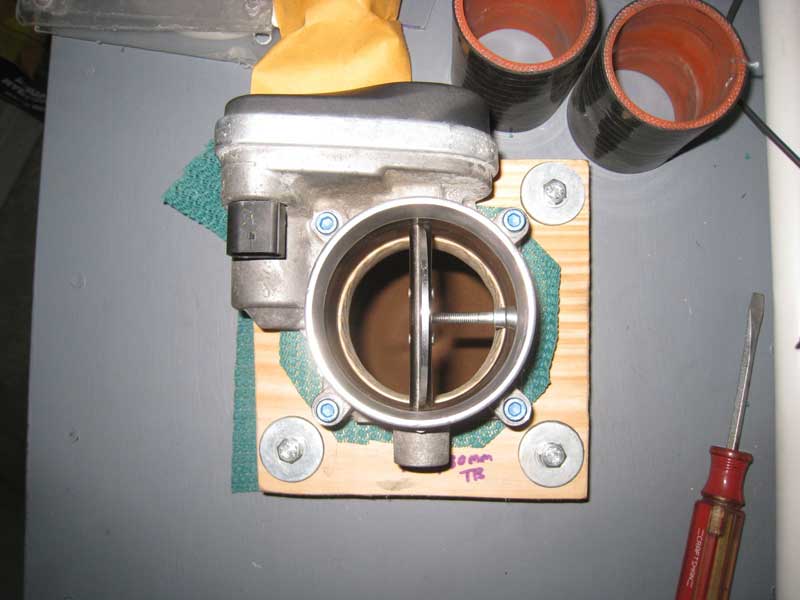 Attached the JHM/ARD/034 style (which I will refer to as typical aftermarket “TA” from here on) up-pipes to the throttle body boot and ran two tests, the first without the inlet hoses and the second with them. 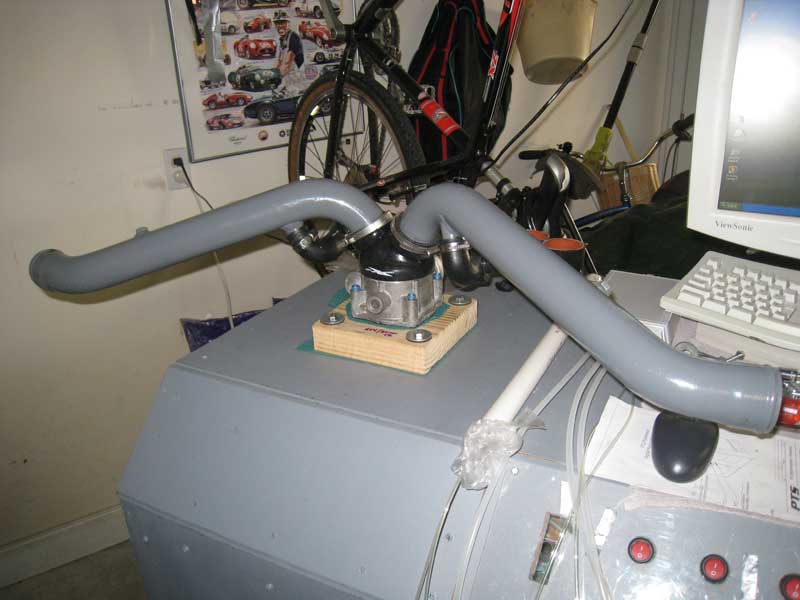 I also retested the TA up-pipes with the stock throttle and also retested the APR bipipe with the stock throttle body.  Due to the rigid construction of the APR bipipe is cannot be used in conjunction with the larger throttle body.  A keen eye will notice that since the last airflow tests of the throttle bodies the values for the APR and TA pipes with stock throtte body are slightly lower, this is due to recalibrating the bench and revising the correction factor applied to the results.  The relative performance between the test articles remains consist when making changes to the correction factor, but the absolute airflow reading will shift upward or downward. 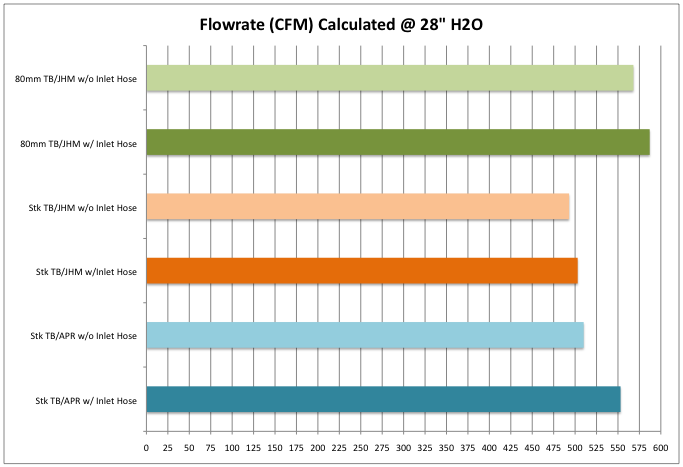 * – Already breaking my just established convention, the chart above refers to the JHM/ARD/034 style up-pipes as JHM versus TA.

Not unexpectedly the 80mm throttle body enables a higher airflow for the test pressure, roughly 17% greater than the stock throttle body.

If it were possible to combine an up-pipe with the shallow radius curvature of the APR bi-pipe with the 80mm throttle body the results would likely exceed all that have been recorded here.

Thanks to infinkc from Quattroworld/Audizine for loaning the 80mm throttle body and adapter boot for this testing.