The headline of a 500 whp budget build caught my attention.  Trying to maximize performance while working with a limited budget is fairly common, but in this instance something notable was the use of the extremely cheap XS Power side mount intercoolers, the poorest performing aftermarket intercooler I have evaluated.

JAE Innovations was behind the build and the claims that I decided to look a bit more closely at.  The gist of the claim was that XS Power SMIC’s when aided by water-methanol injection (WMI) are a sufficient combination to support 500 WHP builds.

It was also proposed that the low cost XS Power IC’s when combined with WMI made more sense than buying a better cooling IC, at greater cost, and possibly also needing WMI to reach 500 WHP.  They claimed that better cooling IC’s when unaided by WMI were seeing 50 WHP drops on subsequent dyno pulls.  In the end the 500 WHP goal was achievable at a lower cost using XS Power side mount IC’s with WMI. 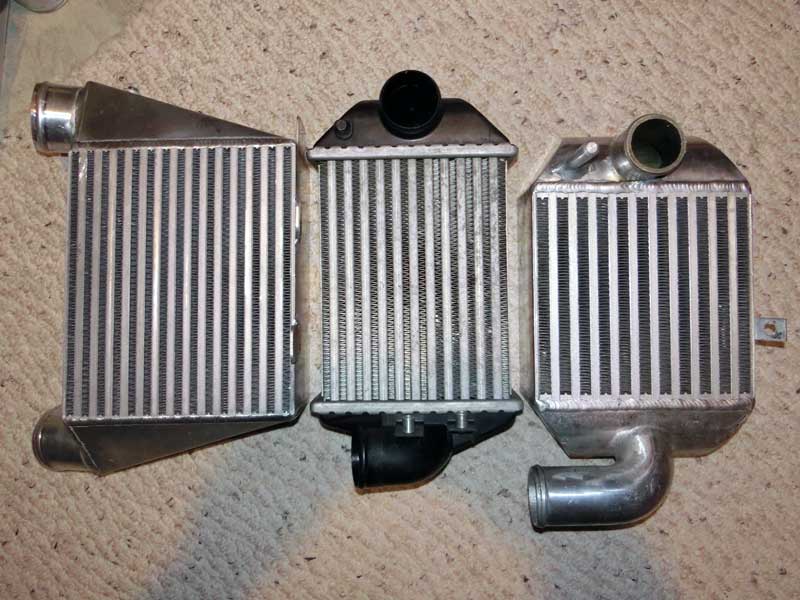 The first bit of the claim to not stand up to scrutiny was that this combination would support a 500 whp build.   JAE stated the vehicle had achieved 480 whp.  While close to 500 whp, 480 is not 500. Looking more closely at the dyno information more concerns arise.  The dynamometer in use is a Dynocom, which this comparison suggests is a generous dyno.  Also, the Dynocom dyno was using the STD J607 correction factor which according to the result on the chart raised the measured values by 6%.  That meant the uncorrected wheel horsepower was more likely around 450 whp, on a generous dyno.

Absent some more credible evidence the facts don’t support the claim that this car was able to reach 500whp, or even close to 500whp, with XS Power SMIC’s.

Note: The car is equipped with ProjectB5 RS6-X turbochargers.  The information I have on this RS6 hybrid is that it is comparable to the JHM RS6-RS and utilizes a 2280 compressor wheel and clipped turbine wheel.  The turbo would seem to be capable of supporting a 500 whp build.

Additional concerns about the build arise from the fact that these results were obtained while using  WMI, something that can easily provide an additional 25 whp or more power.  Also, the RS6-hybrids were stated to be operating at 30 psi of boost pressure.

RS6-hybrids pushing 30 psi of boost with WMI are hitting 450 whp (optimistically) on a generous dyno?  Something here is not adding up.

Here is how the airflow through the XS Power SMIC’s compared to some other products: 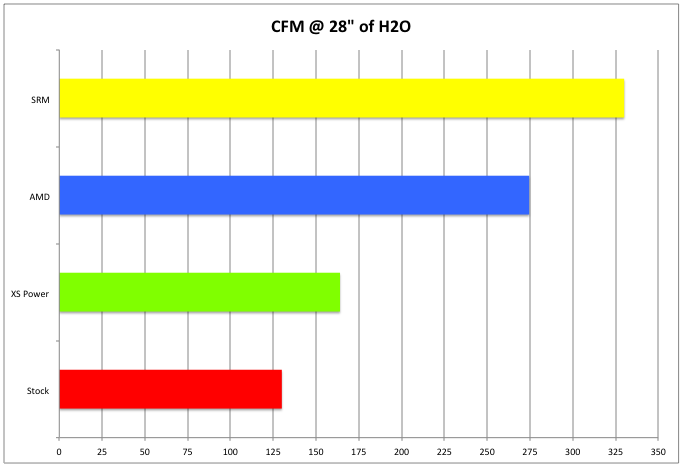 The key point is that compared to the more popular SRM product the XS Power side mount flows approximately one half the amount of air at a test condition of 28″ of H2O.

With regard to the statement about the other brand IC’s seeing a 50 whp drop on subsequent dyno pulls, when watching this video (8:05-8:45) of the other car being dyno’d it is clear that there are no fans providing airflow to the intercoolers.  This is a bad practice as the car is equipped with IC’s (cross flow heat exchangers) that require airflow to perform their function.  It is no surprise that the ER and AWE intercoolers suffered dramatically from heatsoak in the absence of airflow.

There are no facts available to support a claim that XS Power intercoolers are adequate for supporting a build with a goal of 500 whp.

There are no credible facts to support a claim that XS Power intercoolers along with WMI can perform as well as better performing aftermarket intercoolers available for the B5 S4.

Based on measured results of how poorly the XS Power SMIC’s perform compared to other aftermarket IC’s, and the fact that an RS6-hybrid powered S4 with WMI and pushing 30 psi of boost was optimistically reaching 450 whp, does not bode well for the XS Power SMIC being up to the task of supporting 500 whp.

Additionally, conversations I have had with shops such as AMD and EPL has given me the impression that when they see a car build shooting for high power the importance of having a high flowing intercooler grows.