After puzzling over the results I was getting yesterday (shown directly below) I began thinking about what I could have done during the turbocharger swapping that may have messed with the F21 wastegates.  The tune was ruled out after conferring with Daz, (who is helping with my tuning efforts), that this initial tune should have been similar to the K04 boost profile and had a low wastegate duty cycle. 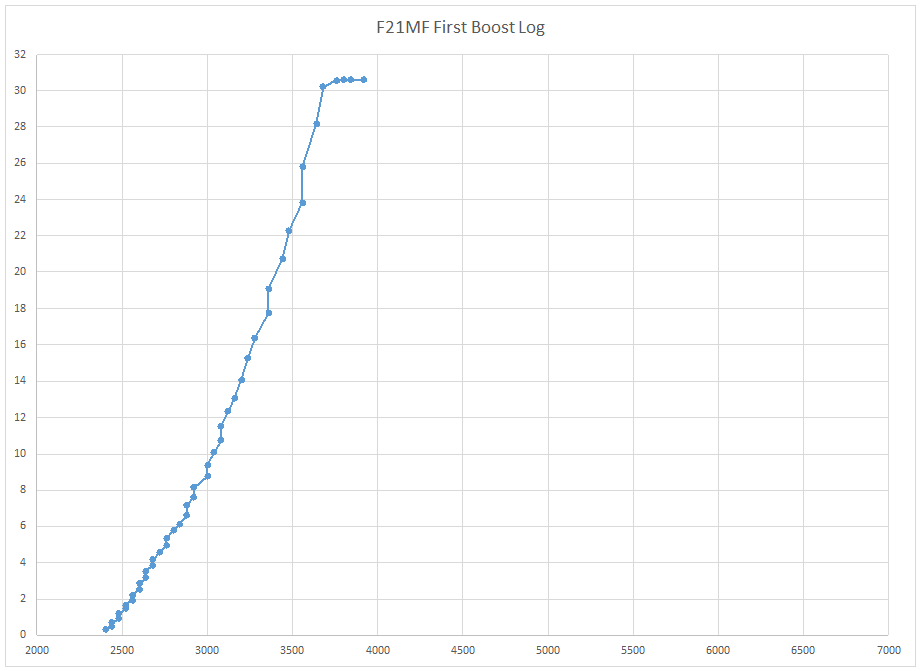 Preload checks were good after installing the engine.

The one other change I had made was to solder a wire to the N75 to enable the boost cutoff safety that the TorqByte WMI controller uses.  The perplexing part was that I hadn’t completed the wiring, I’d simply spliced into the wire going to the N75 and left the rest of the wire coiled on it’s spool and tucked under the Y-pipe.  Without anything else changing I decided to look at this wire as a possible cause of the problem.  Sure enough, when checking the continuity on the N75 connector it was getting a good check with the ground terminal on the battery – that shouldn’t be happening.  Upon closer inspection I found that the end of the wire inside the spool was bare and had managed to come into contact with the top of the intake manifold.  I wrapped the end in electrical tape and the problem went away.  Out for a check with the N75 disconnected, proving that the wastegates were functioning correctly and limiting boost to 13-14 psi.

Then I reconnected the N75 valve and made a few abbreviated pulls starting at different engine speeds to assess how the boost onset looked.

In a follow up I’ll be comparing these results with similar data from the BorgWarner K04’s.

I have discovered that I have oil dripping from the driver side turbocharger – doh!  I was hoping that it may have been coming from the oil return line, but after checking I found those bolts to be tight so I am now left with trying to check the oil supply line, which will entail taking the engine back out.