While in the process of removing the shroud from my test intercooler I realized it would not take much additional effort to relocate a couple of pressure sensors to the wheels wells to check a claim that there is a high pressure region in front of the tire that hurts air flow through the intercooler core.

Shown below are the locations that the sensors were placed in the wheel well liner slats.

After placing the sensors in the wheel wells I set out on the same route I have driven previously for the IC shroud testing to collect IC MAF data.

Shown below is the pressure reading from each sensor during the drive. 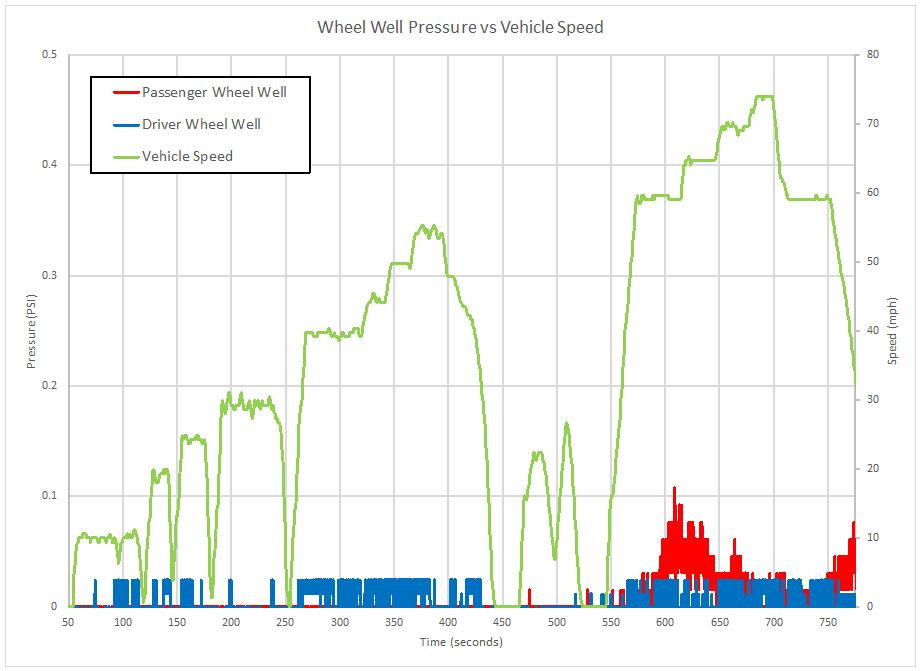 Effectively there was no positive pressure recorded by either sensor.  The values shown on the chart (red and blue lines) are within the sensors measurement error.  Possibly a more sensitive device, one that could accurately read less than 1/10 psi of pressure, could have shown a change with different speeds.

The one period where the passenger side pressure rose to approximately 0.05 psi may have coincided with the S4 passing another vehicle resulting in a momentary increase in pressure.

The other results that were obtained are related to the mass air flow through the intercooler core.  This case had the shroud removed from the intercooler and the belly pan in place. 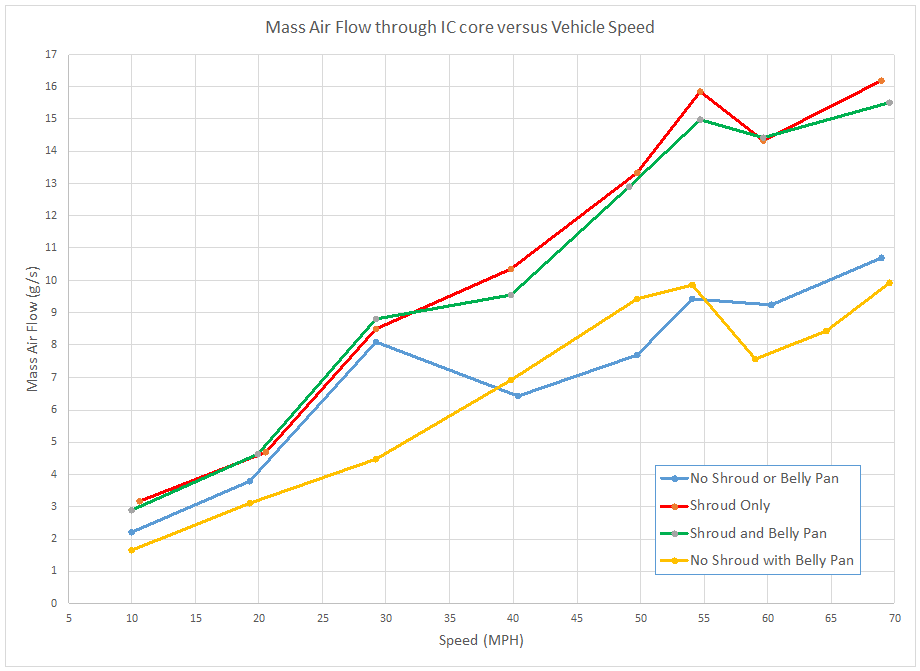 Overall the results of this testing have produced some peculiar trends that suggest there are some not-so-obvious air flow interactions taking place through the bumper cover and below the vehicle.