Next up I wanted to see if creating a smoother transition for the airflow going into the turbine housing would make a difference in maximum airflow.  Commonsense says that adding a bellmouth to the entry would help smooth out the airflow and give higher numbers. 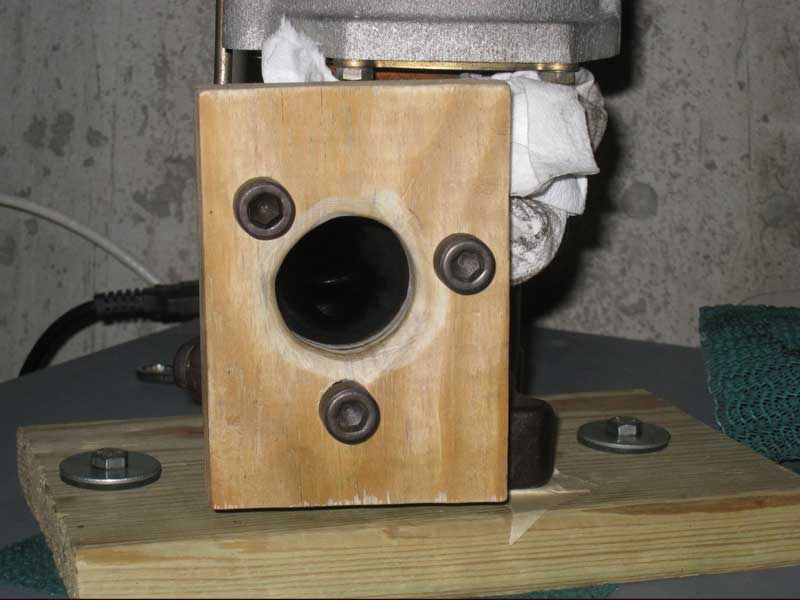 In this case it did not.  My guess is that the airflow into the housing is not great enough for a difference to be detectable with the equipment I have.  There may have been an increase, but if there was it was tiny.

The second order of business was to see how opening the wastegate flapper door gradually affected the airflow through the turbine housing.

I loosed the nut on the wastegate actuator arm to the point where the disk that covers the wastegate port could just start to spin.  From there I made single turns of the nut, one 360 degree rotation about the actuator arm, and took an airflow reading with the flapper door open the amount corresponding to that one turn.

I repeated that process until I reached the end of the actuator arm and the nut was flush with the end.  That turned out to be ten complete turns.  Airflow through the housing for each position of the flapper door is shown below. 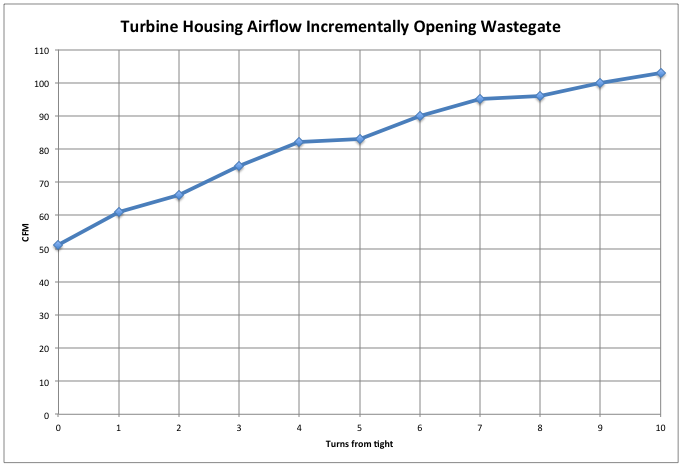 I was thinking there might be a point where the airflow jumped significantly, but that was not the case as the amount of airflow increased almost linearly with each turn of the nut.