What started out as an oil line upgrade has expanded to include fuel lines and shortly wastegate signal and actuator lines. 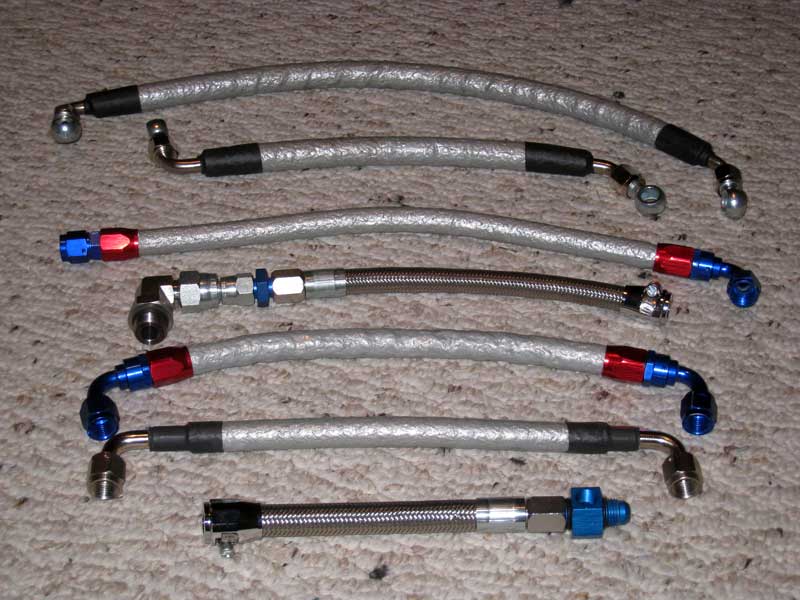 I purchased the oil lines when I decided to swap out turbochargers and replace the stock oil lines.

I had on hand a set of Induktion oil lines that had been purchased for a previous setup, but the more robust lines being sold by AU Tuning were an appealing alternative, which became an easy decision when the Induktion lines were sold off.

I started to DIY a set of fuel lines for use with an SRM intake manifold that was modified to fit an RS4 throttle body.  Not too long into that project the aggravation of trying to cut and fit the fuel lines, coupled with my concern about having fuel spraying inside the hot engine compartment due my own ineptness at building this type fuel line led me to contact Marc aka ‘cinesnow’, a forum member on the Audizine website who had developed the oil lines I now had a pair of.  I inquired about having a set of fuel lines built up and he agreed to help me out. 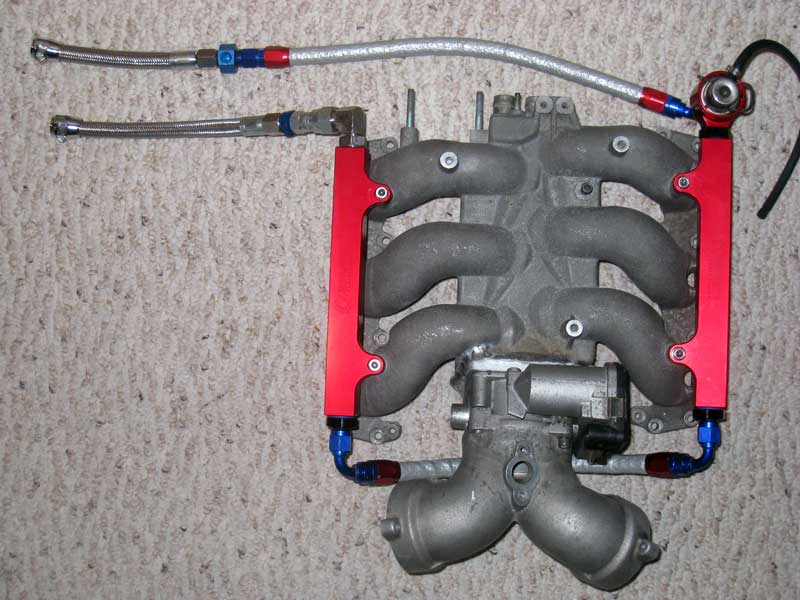 A couple of weeks later I had a set of very solid fuel lines for use with my modified intake manifold.

When I removed my K03 turbochargers for a rebuild I began to think about how I could better hook up the sensors on my car.  One in particular is set up to monitor the compressor housing pressure via the signal line.  Normally I have a sensor tee’d into the silicone hose but it occurred to me that an AN fitting might work well in that role.  I knew that  Marc had designed a set of wastegate and signal lines with AN fittings and stainless hose and so I contacted him to see about having a line slightly modified to accept an AN fitting with a port for a pressure sensor.  He thought this would not be difficult and had a set worked up with the modification I had requested.  That pair of lines should be arriving soon, especially good timing since my K03’s are due back from being rebuilt shortly.