I was fairly excited about acquiring a set of Silly Rabbit Motorsports RS4 sized side mount intercoolers.  The SMIC’s are a variation on the very popular SRM SMIC’s in use on a number of Audi B5 S4 cars, the difference being that the inlet and outlet pipes are larger than the S4 sized units.  The inlet pipe for the RS4 variant is 2.5″ versus 2″ for the S4 version and the outlet is 2.5″ versus 2.25″ for the S4.

Previously I put the SRM RS4 SMIC’s on the flowbench and found that the larger inlet and outlet piping led to substantial gains in airflow versus the S4 version, putting these intercoolers at the top of the collection of SMIC’s that I have flow tested.

With the SRM RS4 SMIC’s now available to me for additional testing I had a couple of questions I decided to investigate.

To test this idea I found a short length of coupler that would fit tightly into the SRM SMIC outlet pipe, effectively reducing the cross sectional area of the outlet pipe, and presenting a bit more of a flat surface to the airflow at the end of the coupler hose. 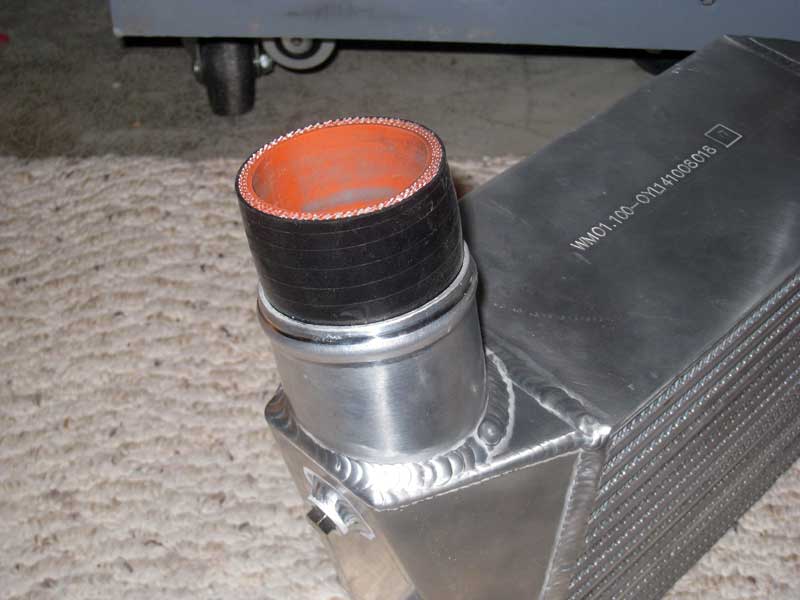 By inserting the silicone coupler into the SRM SMIC outlet pipe the inside diameter, where the air would pass through, was reduced from 2.375″ to 2.0″, a 16% reduction in diameter which creates a 29% reduction in the cross sectional area. 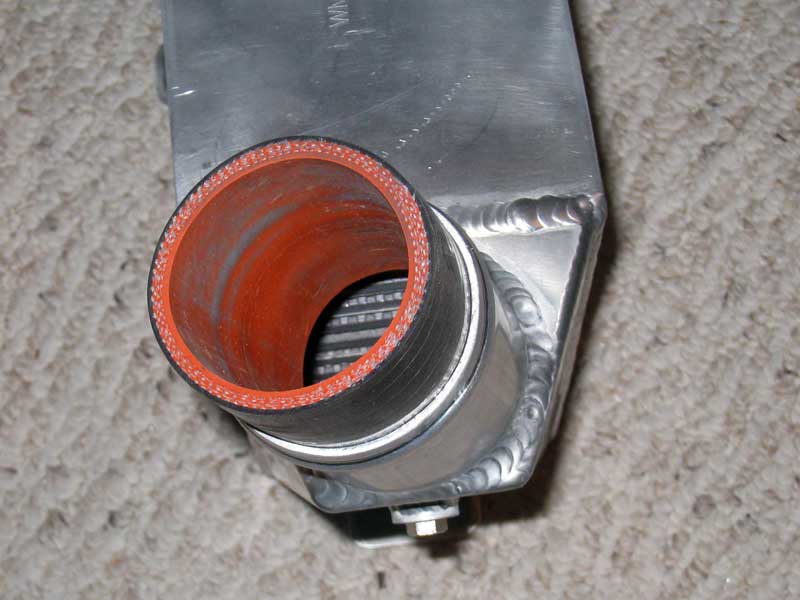 The solution was to attach some of the inlet piping and take some measurements.  This was done with both the full size outlet pipe as well as the outlet pipe with the silicone restrictor hose in place. 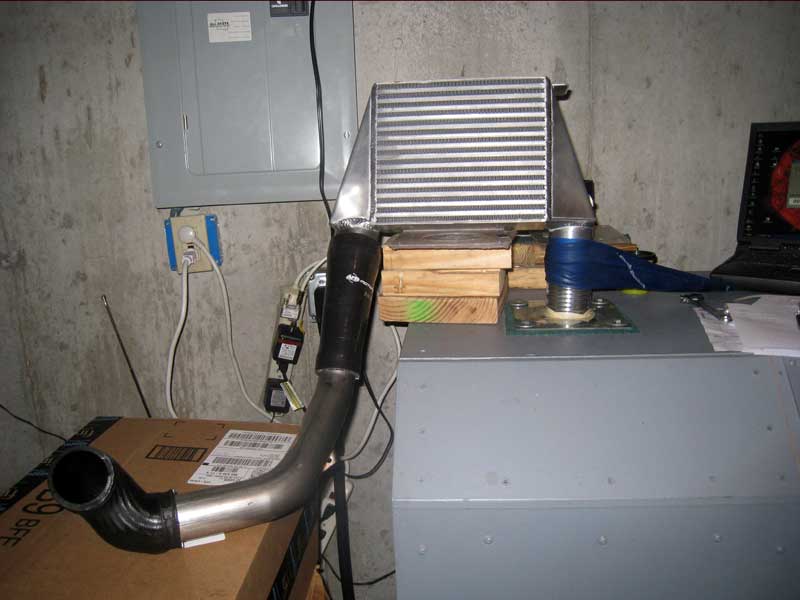 The outcome of the testing brought a surprise along with an expected result. 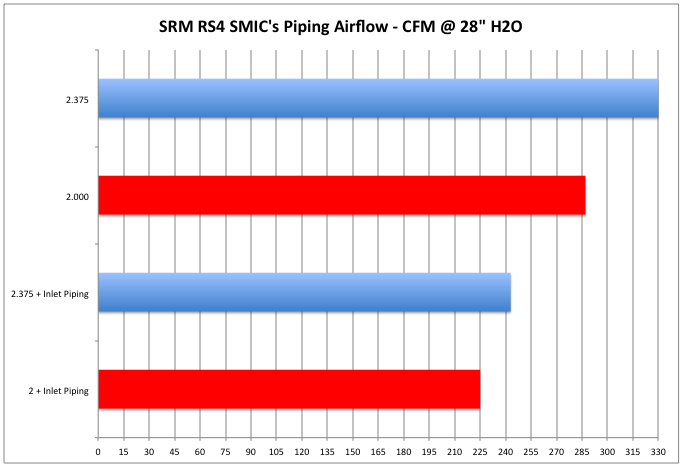 I ran a baseline case with no restrictions and recorded the same flow values as previously, 330 CFM @ 28″ of H2O.  Then the silicone hose was inserted and the test run again obtaining a maximum airflow of 287 CFM, that is a 13% drop in airflow simply by reducing the inside diameter of the outlet pipe by 0.375″.  That was along the lines of what I was expecting, a drop in airflow with the coupler hose inserted, although the drop was slightly greater than I had anticipated recording.

The second investigation was where I was surprised.  Simply by adding the inlet piping to the un-throttled SMIC caused the total airflow to drop by 26%.   From 330 CFM down to 243 CFM.  That to me is a large drop and something I’d want to try and address if able.

Again I inserted the silicone hose and remeasured with the inlet piping still attached.  The airflow was dropped further still, down to 225 CFM, an additional 7% drop from the prior setup.

Looking at the results with the inlet piping in place makes me wonder how much benefit there is to using the larger RS4 sized piping.  In terms of numbers it’s clear, from a standard S4 sized outlet to the RS4 outlet total airflow climbs by 8%.  Not a huge gain, but decent.  But the SRM S4 sized SMIC does not use the stock 2″ outlet, it uses a 2.25″ outlet pipe.  That’s not a very big difference in area and is likely to only be a slight improvement in airflow numbers.

Considering how a B5 S4 owner must accommodate the RS4 sized inlet and outlet, obtain a special pair of inlet couplers to go from 2″ to 2.5″ and on the outlet side likely needing a coupler to go from a 2.5″ IC outlet to a 2.25″ up-pipe, I don’t know if the minor performance gain is worth the trouble in selecting the RS4 version of the SRM SMIC’s over the S4 version.