It was brought to my attention that someone thought this photo showed a very unsafe setup for working on my car. 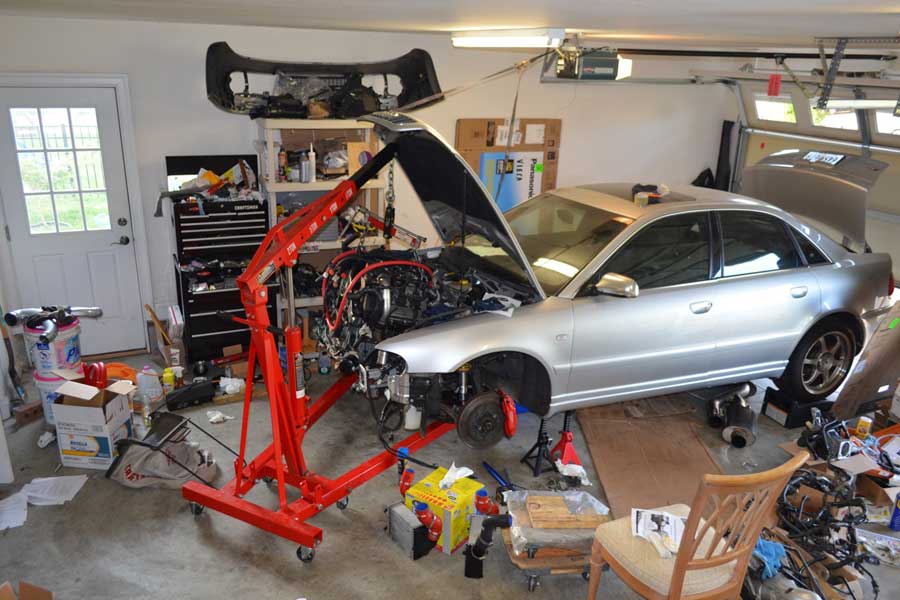 The reason given was that if something were to cause the parking brake to become disengaged, and someone were to come along and lean upon the vehicle while somebody was underneath, the vehicle could roll off of the ramps and crush the person beneath the car.

Being fairly safety conscious I was surprised to have it pointed out that I was working in a way that was described as “super dangerous”.

So I thought about the setup in the picture a bit more, and then tested it out.

At the front of the vehicle providing support are a pair of jack stands.  A single locking 2-1/4 ton pair and a double locking 3 ton pair. 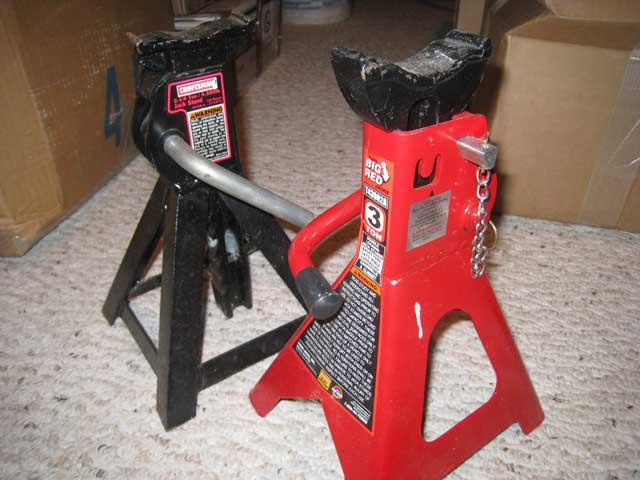 At the rear are a pair of Rhino Ramps. 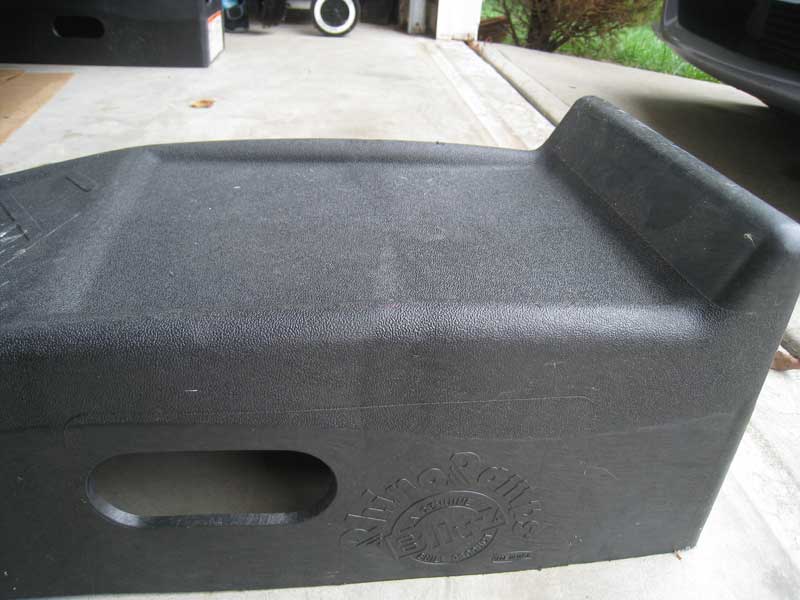 The suggested scenario involves several events occurring; the parking brake is deactivated, which allows the car to roll off of the ramp, and a person comes along who decides to lean against the car in a location and manner such that they can roll the car off of the ramps.

Based upon the likelihood of these three events occurring I believe the risk of these events leading to a catastrophic outcome are very remote.  The parking brake is only going to become disengaged if it suddenly fails, which is not likely if the parking brake system is not being worked upon.  Alternatively it is unlikely that some other individual will come along and disengage the parking brake while the car is elevated and then depart.  Even if this were to occur a quick check inside the cabin before commencing work would verify the state of the parking brake.  Finally, even if someone were to come along and decide to lean upon the car they would have to do so along an axis that the car can roll, and with sufficient force to move the car off of the ramps.

I decided that I would assess how easy it is to roll the car off of the Rhino ramps.  I thought this might take a little effort since the platform that the wheel sits upon is a slight bowl and the four sides all have ridges of varying heights that the tire would have to roll up and over.  The most likely way that the car could exit the ramp is the way it entered, down the sloping side.

To test the effort involved I drove the car up onto the Rhino ramps and put the tires onto the top platform where they would normally be positioned during work.  I then recruited an assistant to sit in the vehicle prepared to apply the brakes if needed.  Next I went to the rear of the vehicle and leaned against the trunk to see if the vehicle would roll off of the ramps – it didn’t budge when I leaned against it.  I then proceeded to push against the trunk.  Moderate force again resulted in no movement from the car.  Finally I leaned over, placed my shoulder up against the car, and bore down as hard as I could.  The car moved forward perhaps an inch, but when the tire touched the front ridge the movement was halted immediately.

Being safe while working underneath a vehicle is important.  Taking steps to mitigate the risks involved is a smart thing to do.  I don’t believe the setup I use for working under the car poses significant risks.